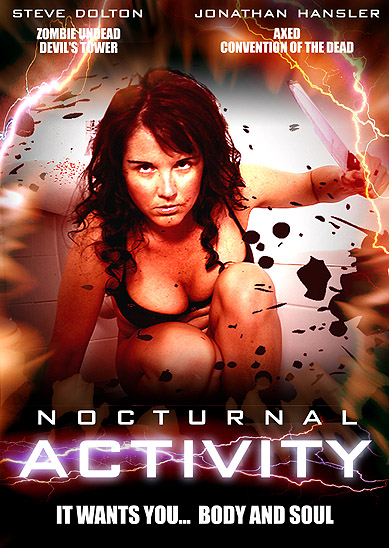 After watching the first (and probably only) festival screening of Nocturnal Activity, I turned to executive producer Steve Lawson and observed: “What you’ve got here… is a Fred Olen Ray film.” And he didn’t disagree.

Nocturnal Activity caters for a precise, well-defined – and in film-buying terms, pretty much insatiable – market. Fred knows that market. Steve knows that market. If you want something artistic, thought-provoking or meaningful, I fear you have entered the wrong house today, my friend.

Model Raven Lee stars as Annie, moving into a new apartment where she encounters poltergeist activity. A glass in the living room has moved and broken while she was having a bath. Well, honestly dear, you’ve got no-one to blame except yourself. If you didn’t spend five minutes painstakingly soaping and rinsing each boob individually, you might not have to spend so long in the tub and you could potentially catch that ghost red-handed. 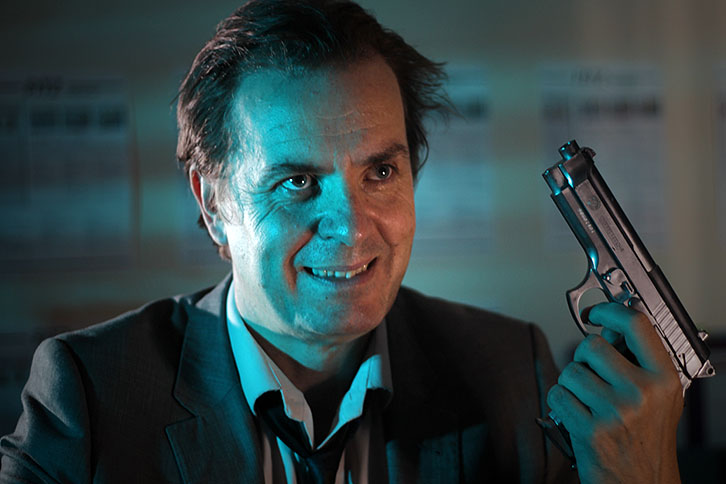 Annie’s landlord is sleazy creep Fitz, played with superb gusto by Jonathan Hansler, a BHR regular whose other gigs include Axed, The Devil’s Business, After Death, Convention of the Dead, Patrol Men, Call of the Hunter and Nightmare Hunters. (On stage, Hansler has portrayed Gene Roddenberry, George Harrison, Peter Cook, George Orwell, Noel Coward and Scott of the Antarctic; in short films he has played Peter Cook, Josef Mengele and Boris Karloff!) Fitz is a completely amoral slimeball who rents his apartment to attractive women and then sells video footage of them (on, improbably, VHS cassettes) to a Russian gangster (whose telephone voice is also Hansler). The previous tenant, Lex (FHM ‘High Street Honey’ Toni Frost) disappeared under mysterious circumstances and Fitz needs to get someone else in there quickly.

Having towelled herself off, Annie hires paranormal investigator Evie Nightingale (June Bladon: Bicycle Day) to find out what’s going on in her flat. Evie discovers that it’s not poltergeist activity (or sort of is, I suppose) but is directly related to Annie. Meanwhile, Fitz has found some old surveillance footage tapes down the back of the sofa which reveal what really happened to Lex. The whole story is framed by a scene of Annie being interviewed by a Police Detective (Steve Dolton, who was in Zombie Undead, Devil’s Tower and a couple of Dave Lilley shorts). 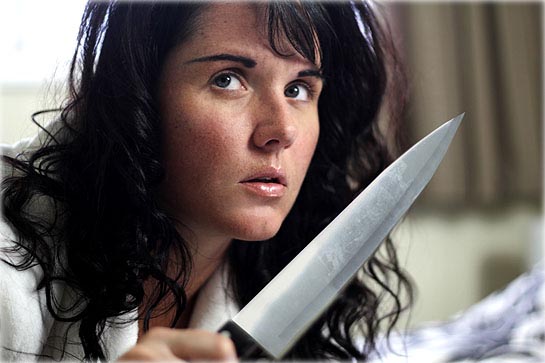 Models Tylah Riot and Paige Antonia complete the cast, with ADR voices provided by Valerie Ping and Marilyn McDoon. The only credit I can be sure isn’t a pseudonym is American composer Kevin MacLeod who provides royalty-free music for precisely such low-budget projects as this. And it is low-budget, there’s no doubt about that. The budget was about £1,200 but Lawson and Lewis have spent that wisely, cutting every corner they can in order to put every penny on screen. It is abundantly clear that, a couple of lesbian flashbacks aside, none of the actors were ever in the same room as each other. On the other hand, they did all get paid.