Dave Parker directed The Dead Hate the Living, one of the most critically acclaimed films to come out of the Full Moon film factory in recent years. He was a guest at a Fangoria convention in New York on 16th January 2000, which is where I interviewed him. This interview has never been published.

Tell me how Full Moon works.
“Well, all the titles come from Charlie Band. He usually, at the beginning of every year, comes up with a title and he’ll have a sketch or a poster. And from that point he develops the script. He’ll show the poster art to a writer and they’ll come up with some story. So that’s how it usually works.”

How did you become involved with them?
“I moved to Los Angeles in 1991 and worked on a bunch of low-budget films. Then I met and became friends with a guy who was Head of Promotions at Full Moon. And he was looking for an assistant, so that’s how I started. I worked my way up, working on trailers and Making of featurettes. When he left I became Head of Promotions and did that for a couple of years. During that time I was also bugging Charlie Band to let me direct a movie. A couple of projects we talked about came and went, then this one came, and another director talked to him and said, ‘If anyone should do it, you should have Dave direct this movie, because he’s totally into this.’” 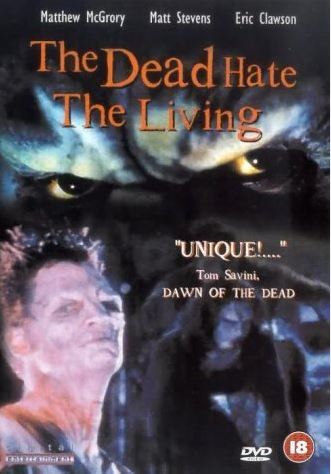 Is this the first film you’ve directed?
“It’s the first feature I’ve directed. I’ve directed a couple of music videos for small bands. The main one was for this band called Penis Flytrap which is a horror punk band. We did a nine-minute mini-movie music video for a song they did called ‘Tears of Blood’. It was all based on Lucio Fulci: the song, and the music video. It was as many classic moments as we could find, and we tried to give it that sort of feel.”

Full Moon and Lucio Fulci are pretty different…
“I think Charlie knew pretty early on that I was not going to direct a typical Full Moon movie, that I was going to pick things that were much more of an influence on me. Charlie is not one to really impose a style; he’s happy as long as the movie turns out well. So I was really lucky: I came up with the story, wrote the script and directed the movie, and he really just let me go and do what I wanted to do. I think I was a rare case because I’d been with the company for so many years. So he knew me and could judge that even though it was my first time I wasn’t going to screw up. I think that’s how we managed.

"I don’t know if people will even look at it as a Full Moon movie if they just watch it. To me, it doesn’t have any of the trademark things that Full Moon movies have. It’s comic-book-ish in a way, which I guess is what Charlie wants, but there’s no little creatures in there, no lesbian shower scenes, no nudity at all. There wasn’t any nudity in the story and luckily they didn’t impose it on me, because it would have cheapened the movie. I don’t have any problem with nudity, as long as there’s a point to it.” 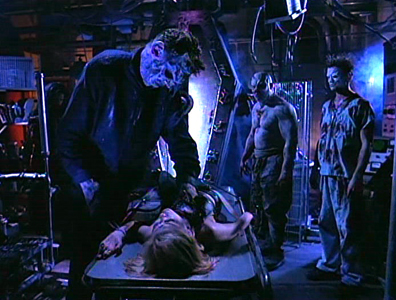 The Dead Hate the Living is about people making a horror movie. Does that mean it’s part of the post-modern, Scream-esque genre?
“I don’t know. I wrote what I knew and what I knew is my background, where I came from. I thought it would be kind of fun because it would allow me to do certain things. It was easier this time to write characters that I knew. The movie’s very autobiographical as far as certain situations. Not zombies or anything like that, but the lead character’s named David, the special effects guy is named Paul. Paul is a friend of mine who co-wrote the story part of it with me, and does special effects. So there’s a bunch of that sort of thing. I don’t know if it’s post-modern, or a lot of people have used the word ‘revisionist’... The way I work, I don’t usually get that cerebral with it. My whole thing was really trying to concentrate on a good story and involving characters.”

Other than the title, what instructions did Charles Band give you?
“He really didn’t give me any instructions. I just had to shoot it in ten days.” 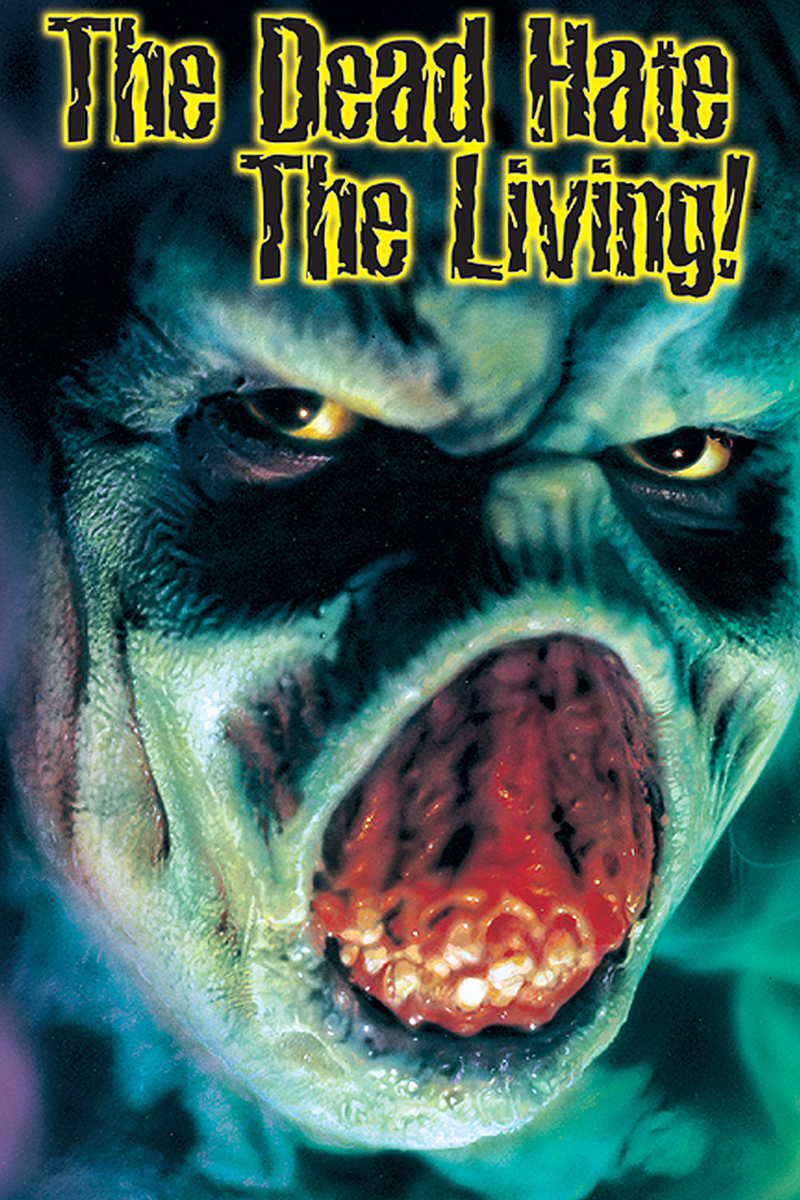 Was it a case of: ‘Give me a movie, don’t care what it is as long as it’s called The Dead Hate the Living’?
“Yes, kind of. Originally there was a script; someone else had already written a screenplay for it. He said, ‘You should take a look at this, read it.’ I didn’t like the script at all. There were several problems. One was that it was a very by-the-numbers standard sort of thing. The second thing was that it was written more for shooting in Romania where Full Moon shoot a lot of their movies. That wasn’t going to happen; it was going to be made in LA. And it moved around a lot, to a lot of locations. We only had ten days to do it, so I had to have only one location. I came up with a new treatment, Charlie read it and said, ‘It’s good. I like it. Go for it.’

“Charlie knows horror movies - he knows who Lucio Fulci was - but not to the extent that I do. So I think some of the in-jokes might have gone over his head. Certain things we’ve done as homages to horror movies are shots, not written into the screenplay. I took a lot of influence not just from Fulci but Argento - his lighting style - and Romero. Creepshow was always a big influence on me as a kid. Return of the Living Dead was a huge influence on the movie - it’s my favourite zombie movie. I like the feel of it and the energy. And Phantasm too. The whole movie is in some ways a Valentine card to horror films. It’s made by horror fans about horror fans in a situation where there’s a lot of references to horror movies. Hopefully that’s what makes the movie enjoyable to watch. 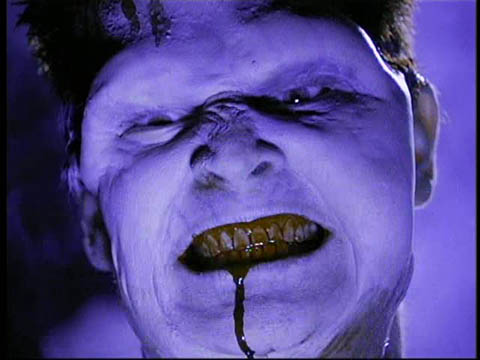 "Does it have a huge crossover potential with the regular Joe in the audience? I don’t know. I think horror fans will definitely appreciate the movie and probably get more enjoyment out of it. Hopefully, if we’ve done our job right, we’ve made a movie that you can still enjoy without getting all the references. But I was conscious of that too because I put a character in there who doesn’t get any of the references, so the audience will feel, ‘Well, at least I’m not alone here. There's someone in the movie who doesn’t understand what they are either.’”

To shoot this in ten days, did you have to work long hours?
“We were in Los Angeles and so we were limited to 14 hours. And we went to 14 hours pretty much every single day.”

Were you limited in how many takes you could do?
“I wasn’t limited. Although in a way you are; you’re always limited because of time. A lot of the special effects shots, a lot of the make-up effects, we really had one take and that was it. Because we really didn’t have the time to clean up the set. So a lot of those were one-takers. Given the schedule and everything else, we got the best we could. There were a few times when it was really late at night, the end of the day and everyone was tired and you’re just not really getting it, and you have to settle for ‘It’s good enough’. Which is always frustrating, but you have to move on. We never got behind schedule.” 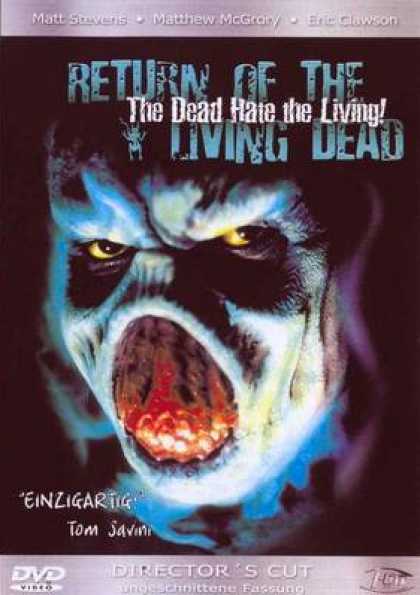 Are Full Moon pleased with the result?
“They seem very happy with it, and with me, because I’m still involved. I edited the movie, I did all the post-production. It was great because they let me cast all the actors, I got to write the movie, I directed it, I got to pick my director of photography and my special effects guy. Then they let me edit the movie; this is my cut of the movie. I picked the composer. Then I did a lot of the press. Full Moon’s been really behind it. The fact that they’re flying me out here for this convention shows that they’re supporting this one a little more than normal. They realise that they’ve got something which, even for a Full Moon movie, stands out a little. I think it’s more of a return to earlier Full Moon, when we were doing Dr Mordred and stuff like that, when we seemed to have a little more slickness in the stories and the acting was a little better. So yes, I think they are pleased with it.”

Will they let you direct another one?
“They’re talking about it. I don’t know if I will though, because I don’t want to direct another one in ten days! You do it once, and you get really lucky and the thing comes out well. The more times you keep trying to do it in that situation, the more times you leave yourself open to not getting lucky. I think I got incredibly lucky with this. I’m working on other projects; another script and things like that. It’s a little out of Full Moon’s range but hopefully it will be the next step up. It all depends. If they come to me with a situation and a story idea that I really like, there’s always that possibility. But at this point I don’t know.”

Interview originally posted before November 2004
Posted by MJ Simpson at 19:44