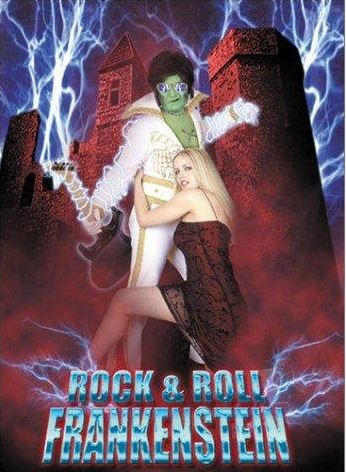 There have been some damn strange takes on Mary Shelley’s tale over the years, variants that would make even her liberal eyes pop out of their sockets, which just goes to show how universal and adaptable the Frankenstein story is. But few have been as far from the original - or as entertaining - as Brian O’Hara’s Rock’n’Roll Frankenstein.

Cigar-toting music mogul Bernie Stein (Feterman) falls out once again with his latest signing and decides that what he really needs is a pop star that he can control completely. He needs to build one for himself. Fortunately, he has his nephew Frankie (Spence) on hand, replete with well-equipped Mad Scientist Lab, necrophiliac tendencies and stoned, oddball assistant named (great touch!) Iggy (Segarra).

Iggy and accomplices are sent out to raid the cemeteries of the world for parts of deceased rock giants which Frankie can then patch together into what will surely be the ultimate rocker. They get Jimi Hendrix’s hands, Buddy Holly’s feet, Elvis’ head - finally all that’s missing is, well, a schlong. Who else’s could they use but Jim Morrison’s legendary trouser snake, apparently preserved in a jar in a bizarre collection of such things? But, in the grand tradition of useless assistants, Iggy drops the jar and grabs another one instead, belonging to someone called Ace. Unfortunately, that’s ‘Liber’ Ace! 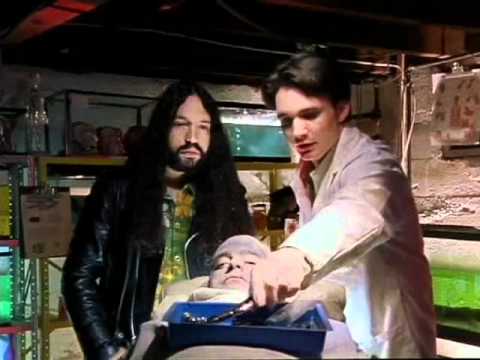 The resultant creation, known as simply ‘The King’ (Guggenheim), is a triumph of the unholy arts and is trained to be a rock star. Gradually his fame takes off, but he does seem to prefer the piano to the guitar. Worse than that, he prefers men to women! Confused and scared, the King tries to make it with chicks but instead starts hearing voices - voices from down there.

Of course, Uncle Bernie is only interested in making money from The King, while Frankie is distracted by his, um, tendencies - and Iggy is still zonked out of his skull. This would be a touching, sad story of loneliness and confusion - if it wasn’t so funny. In an era when even mainstream films are attempting to gross-out their audiences, many film-makers have forgotten that grossness alone isn’t enough. Grossness has to be presented with intelligence, even wit, to actually be funny, and that’s where Rock’n’Roll Frankenstein scores. 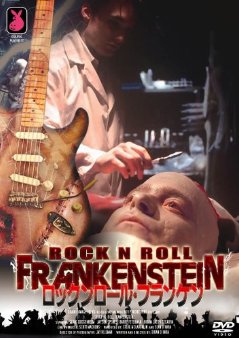 This is not a film for the easily offended, but nor is it just mindless stupidity. Written, directed and produced with care and skill, R’n’R Frankie is laugh-out-loud funny while retaining the core element that makes the Frankenstein myth such an enduring tale. A largely neophyte cast are excellent, playing the comedy straight and thereby making it all the funnier; special mention to Segarra who makes Iggy, potentially a one-note stoner, into a fully realised, sympathetic character. Hugely enjoyable, deeply politically incorrect (good!) and highly recommended, this is a film that everyone should see at least once.

Rock’n’Roll Frankenstein was released as a Collector’s Edition DVD from EI Independent Cinema, including a ‘making of’ featurette and commentary from O’Hara and friends.