I first encountered Andy Hurst way back in the mid-1990s when a tape of Project: Assassin arrived at the SFX offices. He followed this up with a thriller, You’re Dead and now has a set of writing and second unit credits that includes several DTV sequels. He returned to directing with Are You Scared and very kindly answered a few questions that I e-mailed him. 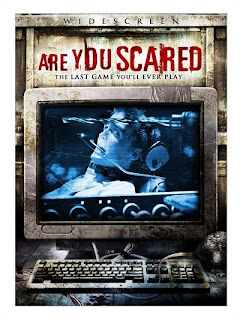 How did you get involved with Are You Scared and what attracted you to the project?
“The company behind Are You Scared was also responsible for many of the DTV sequels I've written so I had a really good working relationship with them. Marc Bienstock and Rich Goldberg produced a series of lower budget horror movies and my brother and I were involved with coming up with ideas. The initial spark of Are You Scared came from a spec script they'd bought a while back, the idea of a reality game show that turns deadly. Obviously it has more than a little similarity to the Saw movies, but when you're making low budget movies without stars you kind of have to make the concept the star. So the logic goes that if you're into Saw, then you'll be into other kinds of stuff that's in that same world. (It's a catch 22: the movies can't be wholly original because to sell them you need a recognisable hook, but because they're not wholly original people compare them unfavourably to the 'source material'. Such is life.)

“I was intrigued by the idea of directing again for a few reasons, some artistic, some practical. The script was lean and mean, it had some opportunities for twisted scenes and it was contained (a must for these lower budget movies). On a practical level I was excited to work with Robin Hill again, my co-director on Project: Assassin. He'd been working for a few years as an editor and after-effects artist and the work he'd been doing was mind-blowingly good. If we'd had that kind of technology and expertise when we were doing P:A, the film certainly wouldn't have taken us so long to complete!

“So, with Rob on board, I felt that we had an opportunity to do something in a similar to vein to P:A, but with all the money in place upfront, meaning we could get in done in a matter of months. It was a tough shoot, but the editing was a blast, and Rob came through big time with all his work in post production.”

Am I right in thinking that your brother Mike wrote the script, and if so, what is the significance of the ‘Ellis Walker’ pseudonym?
“Mike did write the script, but because he's writing and directing bigger movies too he didn't want to use his real name and let his current and future employers know that he'll work for cheap! Ellis Walker is his character's name from P:A. Simple as that.” 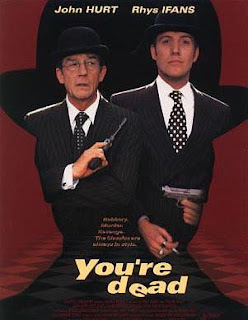 What are the pros and cons of having one brother directing and the other shooting second unit?
“The pros of having Mike directing second unit (and I assume of having me shooting second unit for him) are that there's a complete trust between us. We also have similar styles and we have a shorthand for understanding what we want from the scenes that we shoot. I've recently shot second unit for a director I hadn't met before and it's much more stressful; you shoot a lot more to cover yourself, and you don't take risks. With my brother I know he'll be cool with what I do and I've always been really pleased with what he's shot for me.

“The cons are that no-one in the world can make me angry the way my brother can. He's such an ass.”

What’s the story behind Project: Assassin’s German release and how did you get from this ultra-low budget British indie to working in Hollywood?
“The story behind P:A's German release is a long, convoluted, twisted tale, one that involves a fair share of regret and sadness. Ultimately the film is what the film is, and the experience is somewhat of a distant memory, but for all the joy, passion and hard work that we put into the film, it's tinged with a regret about the way things went down once this opportunity for a European release came about.

“Robin and Mike went down to Cannes with a rough cut of the film, showed it to anyone who would watch, and they happened to meet a guy named Marco Weber. He liked the movie, thought it needed a few reshoots, some new music and offered us the chance to remix the sound properly and then transfer the film to 35mm (it had been shot on Betacam video).

“At the time Marco was setting up a company with Roland Emmerich (the director of Independence Day), and he offered me the chance to come to Hollywood and work with him. It was an amazing opportunity, but the same offer wasn't extended to Mike and Rob. It was a very difficult time and I think that I made the best choice I could by coming out to LA, working hard to get things going and then bringing the guys out as soon as possible.

“We got together a year or so ago and did a DVD commentary, and in a way laid some of those ghosts to rest. It was also great to see the film again, cringing at how young and naive we were, but also revelling in the achievement of making a feature film on our own by the time we were 21.” 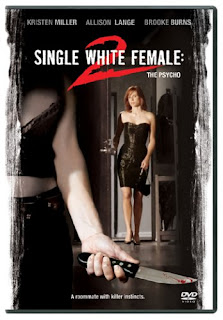 With ‘sequels’ like Single White Female 2, Wild Things 2 and 3 and Vampires: The Turning, what sort of instructions are you given about connecting to (or being distinct from) the originals?
“The DTV sequels business has taken off in the last few years and I've been lucky to ride that wave. Again it's kind of a catch 22 situation where you're making a cheaper version of the original film, without the original stars, so the backlash is inevitable. I do think that we've always tried our best to make something cool out of the movies, try something new, but there's a definite formula for these movies and that's the reason they're so successful.”

Are you planning to direct more films in the near future or will you be concentrating on writing?
“I'd love to direct again, it's just a matter of time. I have a young son, so being away from home for a long time isn't that appealing right now, but I'm sure the day will come (maybe soon) when he wants his father out of the house, away from the computer, so there's a good chance I'll get back to work directing one of these days.”