This short email interview with Ben Woodiwiss was conducted in December 2014. 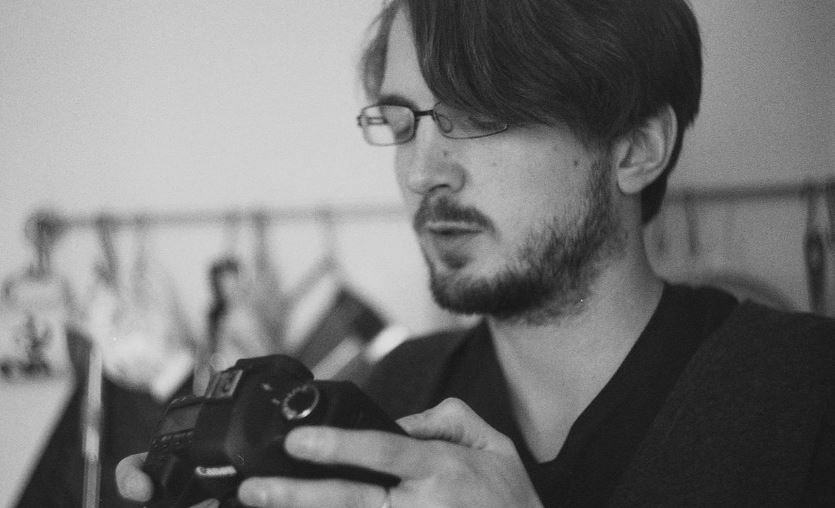 How did you hitch up with Simon Aitken on Blood + Roses, and how pleased are you with the film?
"I’ve known Simon for so long now that I might be remembering the details wrong, but I think we met when he was looking for a screenwriter back in… 2005 or 2006? Possibly earlier. He was looking to get a short film off the ground and we ended up working together on what would become The Monologue Triptych (2007). It was on the set of that when Simon told me that he was looking to do a feature, and asked if I would like to write it. We actually went through two completely different scripts before arriving at Blood + Roses, with a whole bunch of rewrites and honing, both set in a rural backdrop, but finally Simon went with project number 3 (Blood + Roses).

"I’m very pleased with Blood + Roses, I think it’s kind of interesting how everything for me has developed along a really identifiable path since The Monologue Triptych. I never would have expected this, as I honestly believed that I’d end up as a very different type of filmmaker. But I’ve kind of grown along this path of restrictive, rule-bound cinema. I like how exploratory Blood + Roses is along the lines of the female character being both the hero, and the victim, as well as the monster of the film. I feel like that’s something that Benny Loves Killing also covers, but in a different way, and it’s heartening for me to see a set of obsessions so strongly in place at this early stage of my career." 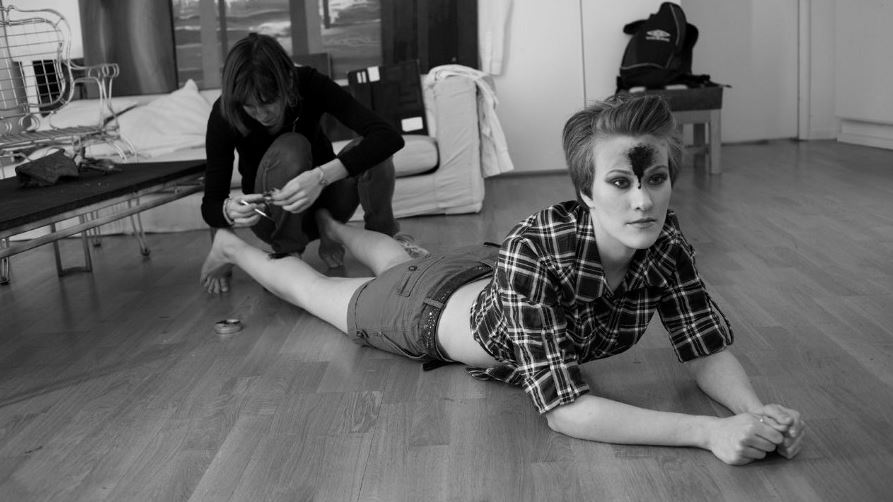 Benny Loves Killing clearly isn’t a horror film per se, but it seems to have a psychological horror sensibility. To what extent would you agree with that?
"100%. It became quite clear to me that although as a screenwriter I work in a number of genres, when working as a writer/director I became extremely uncomfortable about the idea of working within genre parameters. But I love cinema, and horror, so where does that take you? Well, it seems like it’s taken me to a place where I’m looking at what happens when horror starts to bleed into someone’s life. And I’m not talking about axe murderers on your way to work, I’m talking about a sneakier, more insidious bleeding of film conventions into the real world. So, to give one example, Benny starts to build herself up as both the murderous brunette and the innocent blonde: both of whom are hallmarks of horror, but it’s done in a way which is very much set in a cinematic real world, rather than something which is built on conventions.

"So, yeah, the horror conventions are there, but in a really underplayed sense. On top of that, the whole film is shot through with a palpable sense of paranoia and grime, as though the entire film were a projection of Benny’s warped mind; a mind warped, arguably, by the world of horror. So in that way, you could say that the entire film is the product of horror psychology sensibilities. I’d like to point out that I don’t think my mind has been warped by horror." 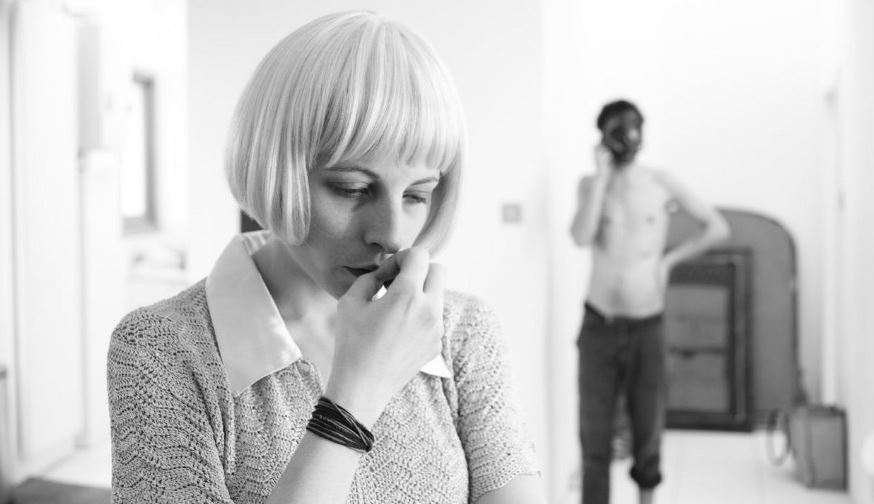 How did you find your lead actress?
"We put ads out on two web services, Mandy and another one (I forget), and held open auditions for a week. Pauline Cousty, our lead, turned up to the second day of auditions I believe, and it was a fascinating experience for me. I knew that the whole film hung on the actress playing Benny, and that this had to be someone with some serious chops, and when I saw Pauline’s resume, headshot, and reel I thought, ‘nope’, but when she walked in through the door to audition I thought, ‘Oh, it’s Benny’. It really cemented for me the fact that you absolutely, 100% cannot judge an actor based on headshots and showreels alone. You need them to be standing in front of you.

"A genuine hush came over the room when Pauline ran through the scenes. She’d clearly done a lot of work in reading between the lines of who the character was, she had multiple questions for us, and was just very clearly the best person for the role. We did have a small name ready to go with the lead, but in the end we decided that it was better to go with someone unknown and outstanding, than slightly famous and competent. From that point on I never regretted anything. Pauline was a real force in the film, willing to do all the horrible things we asked her to do: we froze her, deprived her of sleep, wouldn’t let her wash for weeks, kept her continually smoking and ingesting powdered sugar up her nose, and she came back at all of this with a smile and enthusiasm. There are very few people who can do that." 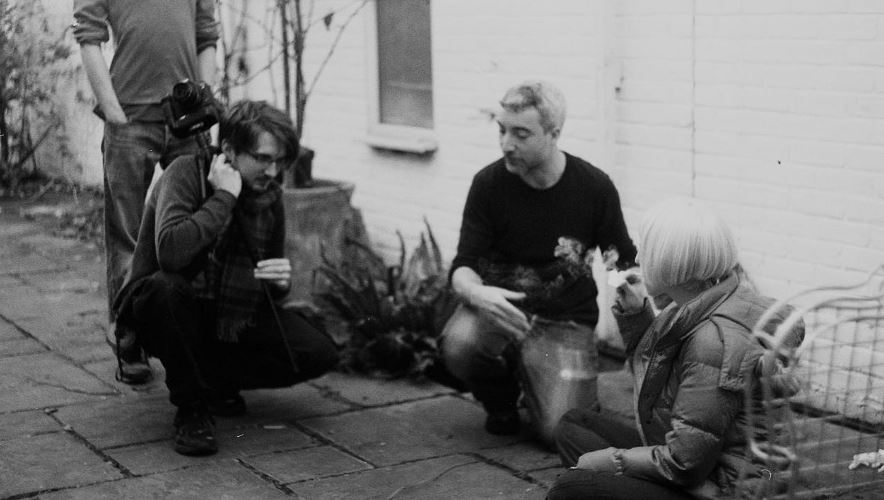 How has BLK been received so far by audiences and critics?
"This might sound disingenuous, but I‘ve been very surprised at how well it’s been received. The whole point of Benny Loves Killing is that it’s something that gets under your skin and nests there. It restricts what you can see, and dripfeeds you information in a way that it requires a viewer to really do some thinking about what they’re watching. So we expected it to be something of a slow burn, and that was true to a point. It certainly seemed to be the case in festivals, where often the prizes go to something crowd-pleasing or feel-good. BLK is neither of those things: it’s antagonistic, and thought-provoking, and it absolutely, positively does not want you to feel comfortable throughout.

"Initially I thought people were going to misunderstand the film when the reviews started coming in, but by and large that really hasn’t happened. People from all sorts of backgrounds seems to enjoy the film, and all of them have very personal interpretations of what is going on which work really well for me: horror fans and arthouse fans both respond well, which is something we kind of expected (although not completely, it’s always worth being prepared for surprises), but then all sorts of other film fans seem to get on board with it too. It’s been extremely heartening for me to see that the Look/Think Films team (which is a very small group of people) can go out and do something deeply difficult and personal, and people will get on board, and rise to the challenge the experience offers. It’s given me a lot of faith in people." 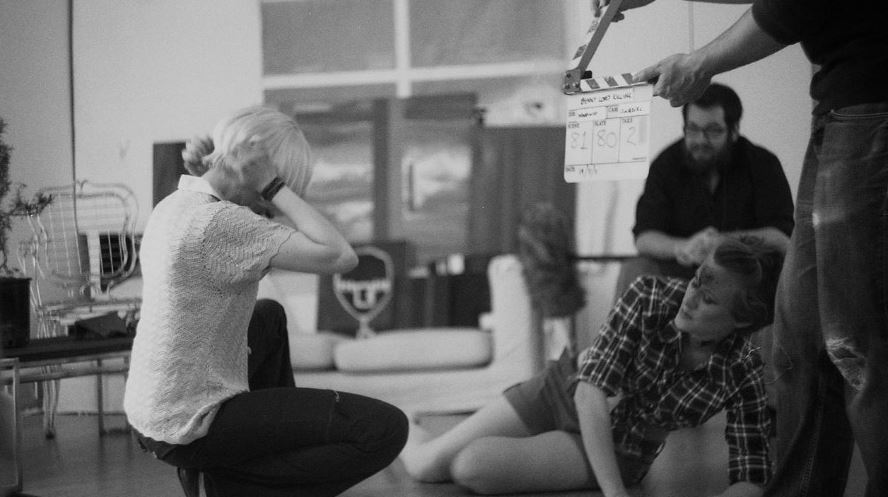 What are you working on next?
"At the moment I’m in post on a new short film, Look at Me Now. It’s my first foray into shooting with RAW, so that’s been interesting. It’s also a dialogue free piece. I’m a very big fan of silent cinema, and I wanted to do something that told a story without any expositional dialogue at all. Additionally, BLK has very much introduced me to the fact that I want to work on films which are in themselves an experience: something for the audience to go all the way through, rather than just being a story to tell, or a puzzle to unlock. Look at Me Now is a film about things which are universal: the body, pain, health, dying, etc. It’s a film about what it means to look back and forward at different points in your life when things were better or worse. We all do that. And hopefully it’ll be something that can mean something very, very personal indeed to everyone who sees it, but I’m also hoping that they’ll see different things inside both the film and themselves. I’m very excited to see how that film impacts on people." 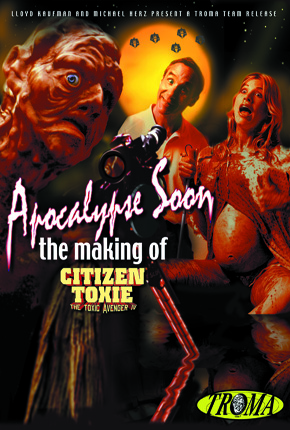 Finally, what were you experiences working for Troma?
"Troma was an absolutely fantastic experience, one that I have pretty much nothing negative to say about. The great thing about Troma is that there is no nepotism there whatsoever: if you work hard, and well, then you do bigger and better things. If you slack off, then you’ll spend the rest of your time there photocopying papers or guarding a van. I worked hard, and got to work on casting, sound and camera as a result.

"It was the '90s. I got to be a key member of the crew on a 35mm feature film, shooting in upstate New York, and meeting a fantastic array of people from the genuine fringes of alternative entertainment. I spent one day looking after Taylor Mead, and for a Warhol nut like me, that’s like hanging out with <insert your hero here>. How can there be anything negative in any of this? I think I may have been something of a novelty factor for them: the English guy. But they all treated me in an extremely friendly way. Before going over there I read Lloyd’s books, and he exhibited a strong interest in Taoist philosophy regarding filmmaking, which was something I’d already got quite into. The Tao Te Ching seems to me to be the bible for independent filmmakers: understanding something like ‘the water in the stream flows around the rock, it does not attempt to flow through it’ might sound like common sense, but these are strong ideas when you’re trying to do something which is for all intents and purposes impossible. These are concepts which I genuinely believe will make someone a better filmmaker.

"Here’s a nice example of that in action: there’s a scene in Citizen Toxie where Toxie, Sarah and the gang are trying to think of a way to travel from the Amortville dimension to the Tromaville dimension. Lloyd was trying to think of ideas and my then girlfriend (who wasn’t part of the crew) came up with the idea of the whole cast posing in the position of The Thinker (the Rodin sculpture). Lloyd loved it, shot it, and it’s in the final cut of the film. That’s independent filmmaking for you right there. That’s flowing around the rock, not through it. Beautiful stuff."