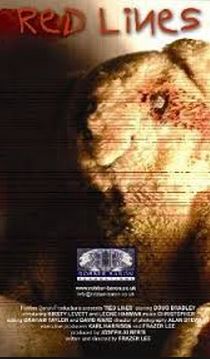 From Robber Baron Productions, the team that brought us the highly acclaimed, award-winning short On Edge, comes a new six-minute horror short. Once again it stars Doug Bradley, he of Pinhead fame (and author of Behind the Mask of the Horror Actor), who shot this in London just before jetting off to shoot - Lord help us - Hellraiser VII.

Bradley is a teacher, newcomer Kirsty Levett his miscreant pupil, caught running in the hallways and sentenced to detention: lines. “I want to see that pad half-full by the time I come back,” says Sir. “The sooner you start, the sooner you finish.” Which is sort of contradictory, but if you think about it is the sort of inconsistency that characterises creepy, control-freak teachers.

With such a short film, it wouldn’t be fair to describe the story, so I’ll just say that it’s bleak, creepy, nasty and supernatural. Levett is very good in a role without dialogue, looking genuinely frightened. Bradley underplays his role to excellent effect. It’s simple but original and tightly written and directed by Frazer Lee. Though shot on digital video - for urbanchillers.com - the cinematography by Alan Stewart (Band of Brothers, On Edge) is top notch and adds to the atmosphere. 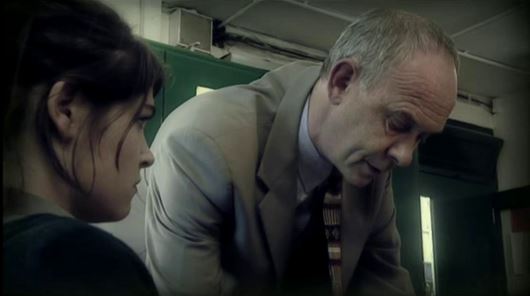 While it doesn’t hurt to have an actor as good and as well-known as Bradley in a film like this, this is much more than just a star vehicle. It’s an excellent slice of British horror, well-crafted and genuinely unsettling.