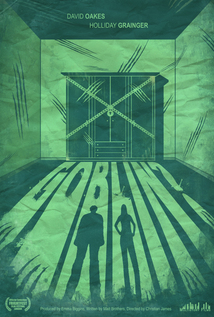 Goblin? (with a question mark in the title) is a fun little seven-minute short directed by Christian James of Freak Out and Stalled fame, and produced by Emma Biggins (The Harsh Light of Day). It premiered at Frightfest 2014 before being put onto Distrify, from where all profits go to the splendid folks at the British Lung Foundation and their essential work into assorted respiratory diseases.

Holliday Grainger (Where the Heart Is, Johnny and the Bomb, Demons) is Liz, a woman who comes home from work to find her house apparently ransacked. The place is a tip, items are strew everywhere, furniture is damaged, there are some curious scratches on the walls. Cautiously, she creeps upstairs calling for her (unemployed, stay-at-home) boyfriend Harry (David Oakes: Truth or Dare, The Borgias). She finds him in the bedroom where he assures her that he has done battle with a goblin and has managed to lock it in the wardrobe. The script by Matt Brothers (whose various shorts include 2011 quickie Absence, also directed by Christian James) then becomes a sparkling slice of dialogue as the two proceed to argue over the existence, or otherwise, of said goblin. Hence the question mark. 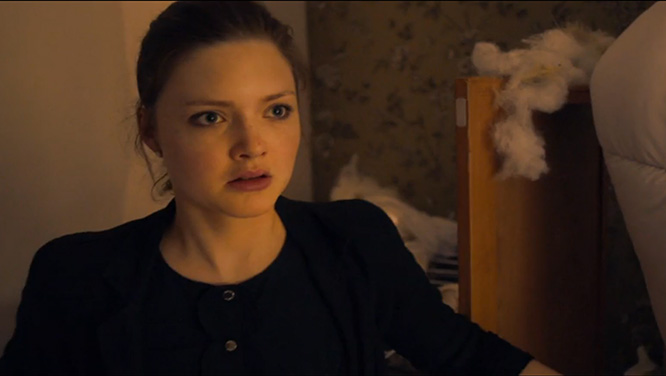 Structurally, this is a Monty Python sketch, which is not to say that this is a Pythonesque comedy. Though it is very funny. What I mean is that the classic Python set-up is someone sensible arguing with someone else over a subject which should really be beyond argument. The parrot is obviously dead. You obviously don’t need a licence for a pet fish. The cheese shop obviously has no cheese in it. And, by the same token, there clearly isn’t a goblin in the wardrobe.

But Liz is prepared to argue with Harry, justifying her dismissal of his claim, rather than actually just dismissing it. It's a cracking performance from both actors. The ending is, shall we say, not unexpected but none the worse for that.

The other thing that really impresses about this short film is the set dressing. Both floors of the house used for the location have been thoroughly (albeit artistically) trashed. It actually takes a great deal of effort to make somewhere look like it’s been messed up: the impression of chaos is hard to create (without real chaos – and even then it often looks fake). So kudos to production designer Erik Rehl (The Machine) and art director Alex Woodward (Doctor Who). 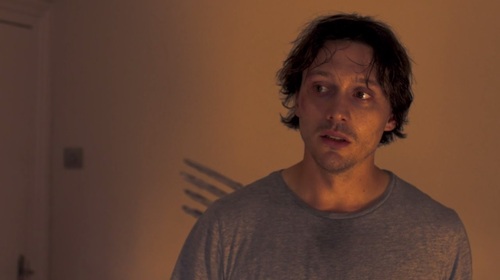 Goblin? was shot in a single day in July 2013 in producer Emma's own house which presumably generally looks a bit tidier than it does here. Now, for just a quid, which goes to an important medical charity, you can watch it on Distrify, Seven minutes well spent.