Spirits of the Fall 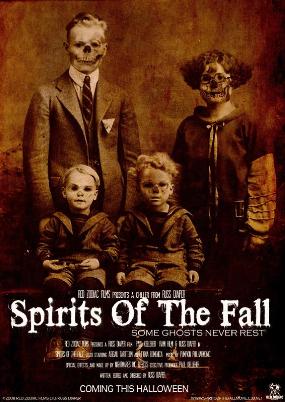 I’ve done some things in my time that other people haven’t, broken new ground, set new parameters. I was the first film journalist to champion Ivan Zuccon. I wrote the first reviews of a whole bunch of indie films, I helped to found SFX magazine, I wrote the first real biography of Douglas Adams. I was also (and this is something that no-one knows about me) the first person ever to go to a fancy dress party dressed as the British Antarctic Territory. Probably the last too. You see, the theme was ‘countries’ and I had this white shirt and...

Anyway, I now lay claim to being the first person to ever watch a double bill of two Russ Diaper feature films back-to-back. (On, as it happens, the day that Ivan’s latest was premiered in New York to great acclaim - see what a good word from me can eventually do for a film-maker’s career?)

The evening did not start well, as anyone who has read my review of Deadly Pursuit will attest. So then I settled down to watch Russ’ sophomore effort which sees him move from the action genre into horror. And do you know what? It’s not half bad. In places it’s downright spooky. It still has some of the technical problems of the previous feature but artistically it’s a huge step forward.

Several of the cast from Deadly Pursuit return, notably Paul Kelleher who also executive produced and co-wrote this one (on the IMDB he gets the curious credit ‘co-dialogue’ although on-screen he merely shares screenplay credit with Russ). Kelly-Marie Kerr is in both films too, as is top-billed Rami Hilmi and, obviously, Diaper himself.

Diaper and Hilmi play brothers Chris and Mark, the former of whom owns a hotel which closed down a year ago when his wife was murdered. Instantly, Spirits of the Fall scores over Deadly Pursuit by not only being set in the same country where it is filmed but by actually being shot in a hotel (though, curiously, we never see the outside of the building). What is distracting however is Hilmi’s accent. According to his bio he was born in Hampshire; I don’t know his parentage but Hilmi seems to be a Turkish surname and Rami is also from that end of the Mediterranean. 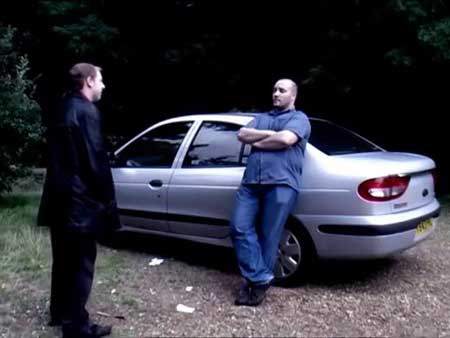 The point is that he and Russ play brothers and we’re given no explanation of why one of them has a British accent and one of them very definitely doesn’t. To be honest, I’m not sure why they had to be brothers. If they were just best mates or maybe cousins, the story would work perfectly well and we wouldn’t have to keep wondering about the accent. It may seem a minor point but it’s something that film-makers must look out for: audiences are easily distracted by unexplained, strange things like that because we keep expecting it to become relevant. Nothing in a film should be inconsequential.

Anyway, what happened one year ago is that a psychotic guest grabbed hold of Chris’ pregnant wife and threw the two-and-a-half of them from an upstairs window to their collective deaths. Understandably, Chris (Diaper) has since then kept well away from the hotel which was closed for business although Mark (Hilmi) employed a caretaker to look after the place. This is Henry, marvellously played by Kelleher with an eccentric intensity just short of over-the-top.

Unsurprisingly, spooky things start happening not long after Chris moves back into the still-closed hotel. He thinks he can hear his wife’s voice and a baby crying. Mark calls in a medium who identifies that the hotel was built on a site where witches were tortured and executed although precisely how this relates to the ghosts of Chris’ wife and unborn child isn’t clear. There is also a tall, hooded figure who is, I think, the ghost of the bloke who killed them.

Eventually, it turns out that creepy Henry, far from being involved in this spookiness has actually been ‘sent’ by some higher agency to resolve matters so that the ghosts can rest in peace. The film ends with Henry and Chris performing some sort of ceremony to banish the evil ghost and free the good ones. Again, I’m not sure if this has any relevance to the history of witch trials on the spot. 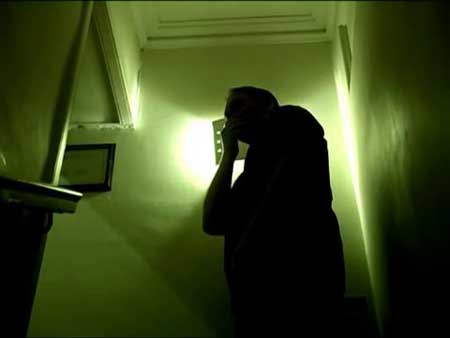 There are also a couple of passing references to Halloween, in fact the opening titles play over a jack-o-lantern, but this also seems to have no relevance except to satisfy some sort of EU ruling about things that must be in low-budget supernatural horror movies. However, even spurious EU legislation can’t explain the female character who is introduced near the start as a friend, possibly girlfriend, of Mark. She is in one scene, Chris suggests she could be the receptionist if the hotel reopens - and that’s it, we never hear from her again.

But the plot is not what makes a good ghost story, nor the characters. The characters must be good and it’s helpful, though far from essential, for the plot to make some sort of sense, but what sells a film like this is the atmosphere, the spookiness. Is Spirits of the Fall actually scary? Frankly, yes it is.

Director Diaper (aka Rusty Apper) admirably reins in the scares so that they are all the more effective. The hooded figure moves briefly, unnoticed, across the shot or sometime we see only his shadow when we know that Chris is alone. Brief visions of the dead wife include a startling one in a basin of water. Most disturbing of all is Chris’ trip into the torch-lit attic where he finds some antique photos, one of which briefly shows faces half-turned to skulls, as per the poster. This is terrifically unnerving. This is what we pay our money for.

The film’s biggest problem, which it shares with Deadly Pursuit, is the camera-work because once again everyone has a greenish skintone, presumably from the sodium lighting used for all the interiors. This isn’t so bad in the third act, which primarily comprises Henry, Chris and a bunch of candles where the unnatural skin hues seem more deliberate. But for much of the film it is almost as distracting as Rami Hilmi’s accent and we once again have shots where characters are almost in silhouette simply because there is a window in the background. 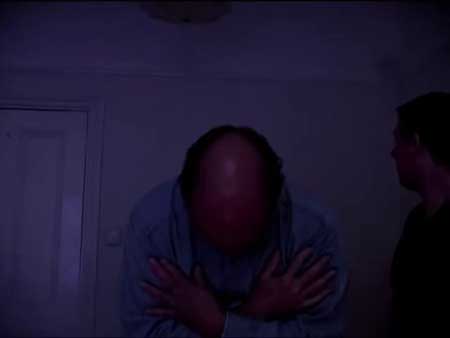 Unlike Deadly Pursuit, where the roll-call of camera operators was almost as long as the cast list, here there is only one credited cinematographer, Simon Quinlan, whose name is for some reason much smaller than anyone else’s in the credits. On the film’s website he is listed as ‘Simon Black’ and he’s not in the credit block at all. I don’t know how much contribution Mr Black/Quinlan (who also worked on Deadly Pursuit) made to the look of this picture but something has got to be done. Russ needs to make sure that his next film is properly lit by an experienced DP, whether that is Simon Quinlan with some training under his belt or someone else. He needs a proper camera, proper lighting, someone who understands white level and colour balance and that shooting directly towards brightly lit windows is generally a poor idea.

On Russ’ last film, the shockingly bad photography was just one part of a generally excruciating cinematic experience, but here it actually spoils what would otherwise be a smashing little movie (it’s 20 minutes shorter than Deadly Pursuit, which also helps). Perhaps it’s possible to do some sort of technical, computer thing which can restore the actor’s skin-tones to normal. That wouldn’t save Deadly Pursuit, not unless it was also possible to digitally remove all traces of Southampton, but it might make all the difference to this film.

Russ Diaper, whom I first saw as a copper in The Demon Within, has more films in development, notably Hellbilly 58 which features a Lloyd Kaufman cameo. He and Rami Hilmi are both currently working on Tour de Force for Kim Sønderholm (who was of course in Deadly Pursuit). Hilmi, who gives a solid performance here, was also in Colin and KillerKiller while Paul Kelleher provided a voice for Bane. Also in the cast are Fiona Domenica, Marlene Rodriguez, Caroline Boulton and Martin Wilkinson. An early version of the poster also lists Abigail Tartelin (The Butterfly Tattoo, Jack Says). 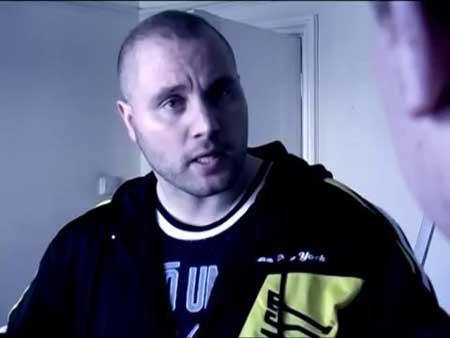 Watching Deadly Pursuit and Spirits of the Fall back-to-back has been a curious experience. The second film is in almost every respect a huge advance on the first and, to some extent, reinforces my suggestion that film-makers should not be so quick to release their first film on the world. On the basis of Deadly Pursuit, I never wanted to see another Russ Diaper film again. But as Spirits of the Fall was next in line in the TBW pile I had little choice and I’m happy to say that, based on the difference between the two, Russ Diaper shows real promise as a film-maker and I look forward to eventually reviewing Hellbilly 58 or whatever he comes up with next.