A Date with Ghosts 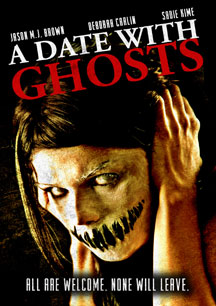 What the heck did I just watch? A Date with Ghosts is so random, so inconsistent, so sparse in its narrative and characterisation, that it approaches a sort of transcendental abstractness. Throughout the film I had no idea who any of the characters were, where they were, what they were trying to do, how and why they were trying to do it, what was preventing them from achieving their goals, or even what time of day it was.

To call the film’s attitude to the passage of day and night ‘cavalier’ would be mild. Scenes which are apparently meant to be consecutive switch almost at random between bright daylight, pitch darkness and evening shade. Partly this stems from hopelessly over-ambitious attempts to shoot some stuff day-for-night (a technique which always looks rubbish, even when done by experienced professionals) but a lot of the day/night confusion seems to simply be a devil-may-care approach by director-writer-producer-editor-cinematographer Jason MJ Brown. A similarly reckless abandon characterises such relatively minor dichotomies as summer/winter and woodland which switches casually between deciduous and coniferous. 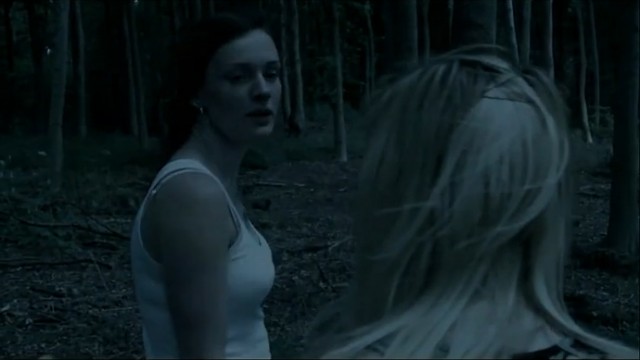 While I can’t say what A Date with Ghosts is actually about, I can say with some certainty what it’s not about, and that’s the brief synopsis used on Facebook, Amazon etc: “A group of friends descend upon an abandoned monastery looking for a good time - only to find that once they are inside, they have been trapped by unknown, paranormal forces and soon become hunted by a army [sic] of undead monks who have a taste for fresh human souls. Now, the group must harness the mysterious forces of the monastery to escape the clutches of the centuries-old spirits.”

There’s no group of friends, no-one is looking for a good time, and the ‘abandoned monastery’, referred to in the film as an 'abbey', is played by a variety of buildings inside and out including a ruin with English Heritage information boards on the wall and at least two quite attractive functioning churches (one stone, one wooden) which are clearly in regular use. The one thing that the synopsis does get right is the ‘undead monks’ as there are a number of ghostly beings shuffling around in some very creased habits, occasionally wielding a nasty-looking sword.

A young man and a young woman feature in the early scenes, which involve the rescue of another young woman from the abbey. Who are these people? Beats me. Not only do we never learn anything at all about any character in this film, in fact some of them never even reveal their names. The boyfriend is ‘Lee’ but I have no idea what the girls are called. On the IMDB, the characters are just credited as ‘Lead guy’ (played by JMJB himself) and ‘Lead girl’. 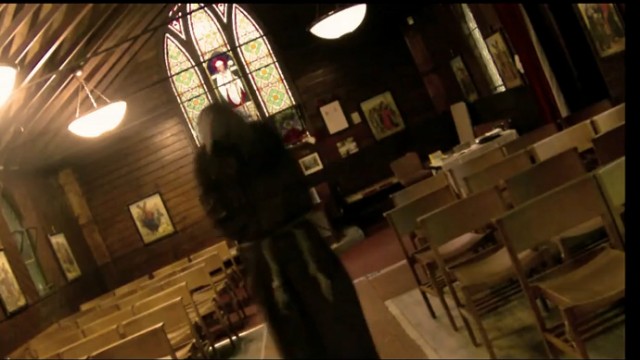 About 27 minutes into this 73 minute film, we are suddenly presented with a caption that says ‘Part 2’ and a diary entry from someone saying they are unable to ‘eascape’ [sic] from the monks. This plunges us into the tale of another young couple, a brother and sister whose names we never learn, hiding from the monks inside a cave. This has been lit with a selection of ornamental candles which we must assume these two were carrying with them when they visited the abbey/monastery/church. Maybe they had just been to Homebase. After a bit, they meet up with one of the girls from the first story.

Quite what is happening throughout the film is a mystery as we’re never given any hint of an actual plot beyond a throw-away line of dialogue about somebody or something trying to open a portal to Hell. There’s a lot of running around, and spooky shots of the ghost-monks (who seem to have variable levels of corporeality) and of course the constant distraction of location and time seeming to change on a whim.

The cast are credited with the (generally very poor) camera-work and this is very evident in the massive variability of the images, which also reflects the sporadic shooting schedule which ran for two years (2010-2012, at various locations around Nottinghamshire). To be fair, the sound recording and mix is pretty good, apart from disappearing completely in a few non-dialogue shots. Parts of the film are in black and white which I presume was deliberate but I don't know why. 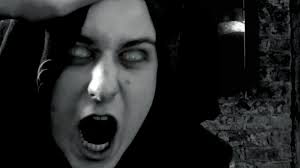 I have no doubt that Jason Brown knew what he wanted to do when he set out to make A Date with Ghosts but what comes across is a group of people basically making things up as they go along, riffing on the vague idea of ‘ghost monks terrify young people in old abbey’. There is also a considerable amount of padding at the start. A prologue has a girl (possibly the one later rescued) creeping around outside a church before being grabbed by someone/thing. Then after some titles (probably the best part of the whole film) we watch the unnamed girlfriend drying her hair and applying make-up. And getting into her car. And driving down the high street…

In a park, she holds her phone up high to try and get a signal, then gets through to ‘Lee’ but says “the line is bad” so she’ll “come back” to him. I don’t know much about mobile phones but surely you can either get a signal or not. And how is she coming back to him when she hasn’t been with him since applying her lippy. We’re eight minutes in, more than ten per cent of the film, and basically nothing has happened yet. 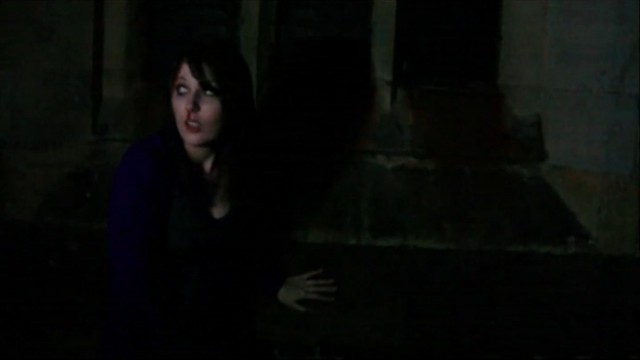 Next thing we know Lee is in the car with her, telling her he saw an injured girl (was that the prologue?), so she goes to a phone box because her mobile isn’t working (to call the Police, I think). She is adamant that they must go back to see if the other girl is okay, but Lee is frightened so she assures him they don’t need to go back to exactly where he was before. WTF? Either you’re going back to help the girl or you’re not. It was at this point that I realised there was no help to be had in the sparse, possibly improvised dialogue. A Date with Ghosts was clearly shot without a proper script and I’m afraid that’s very obvious throughout. Yes, this is a debut feature shot for tuppence ha’penny but that’s not a reason or excuse to not have a story or characters, and doesn’t justify the constant inconsistencies visible on screen.

All the above notwithstanding, the film was picked up by Wild Eye Releasing and is scheduled for a US release in January 2015. So all credit to Jason for putting together a feature-length movie and finding a distributor. This is far from the worst film I've reviewed on this site and it is at least a sincere attempt at horror, not some cynical lampoon of the genre, for which I will give it considerable props. But... I would be lying if I said that A Date with Ghosts is either technically competent or narratively coherent. 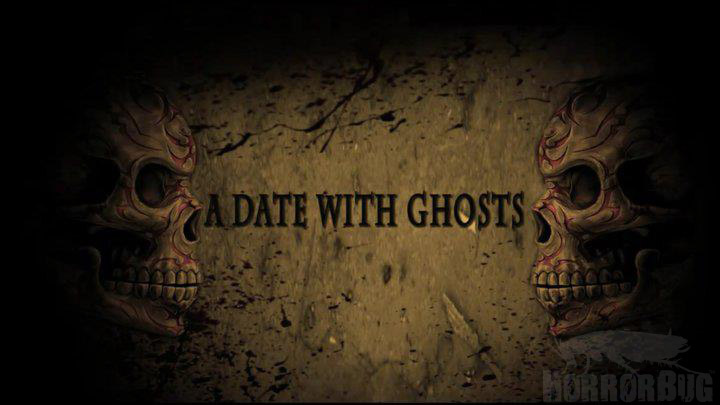 Brown’s previous shorts were Dead Girl Walking (incorporated into the feature-length online anthology Creep Tales: The Movie) and City of Decay, and he has followed Date with a second horror feature, Dark Vale.

A final curious point to note: the sleeve image, which is not from this film, also crops up on Freakshow Cinema, a 12-picture box set from Mill Creek Entertainment (including BHR entries Idol of Evil, Tales of the Dead and Tuck Bushman and the Legend of Piddledown Dale) although I don’t think it’s from any of the films in that collection either.