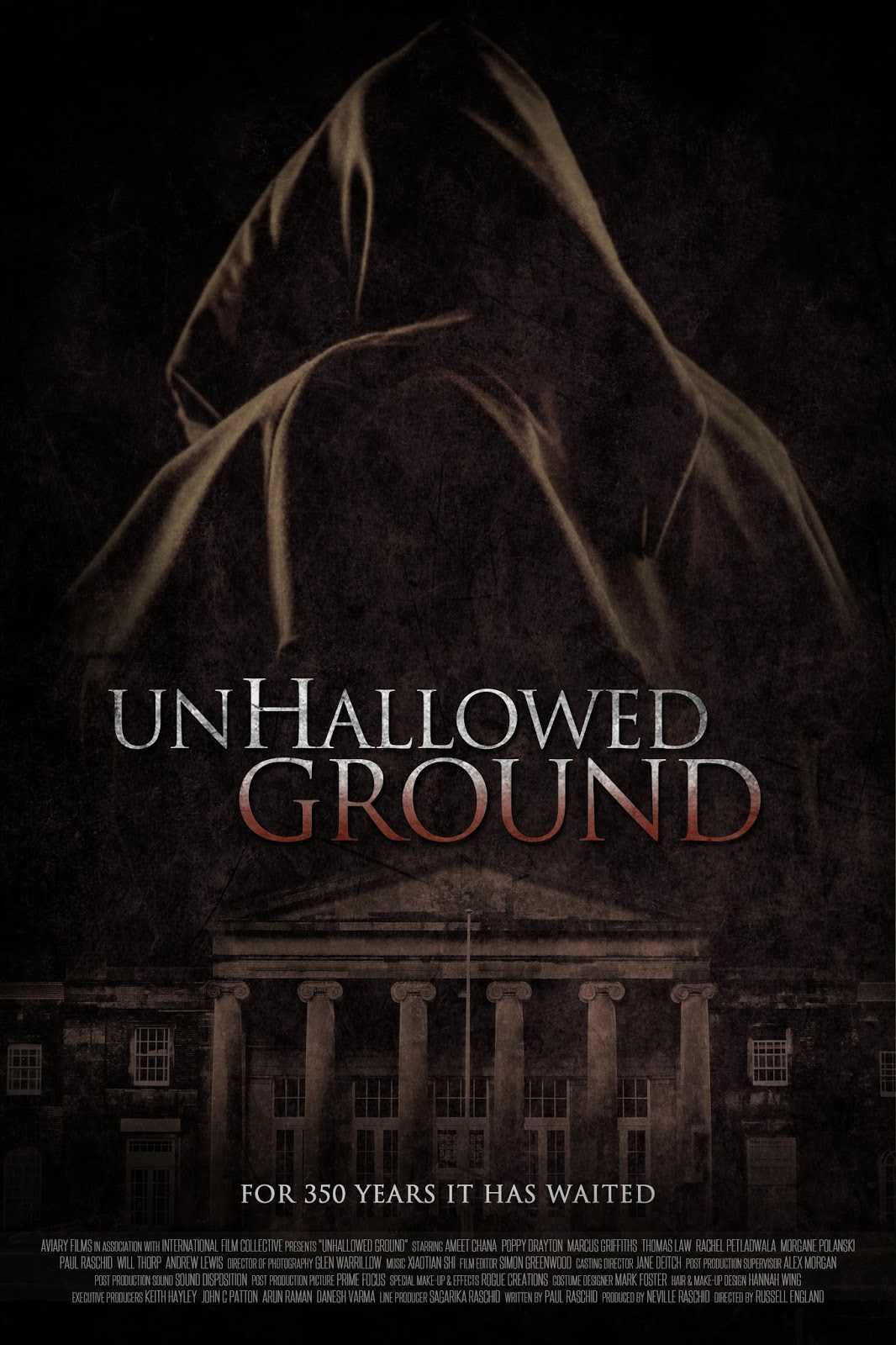 Unhallowed Ground is set in the extraordinarily posh and expensive (fictitious) Dhoultham School, portrayed on film by the extraordinarily posh and expensive (real) Mill Hill School, an establishment whose former pupils include Denis Thatcher, Francis Crick, Norman Hartnell, Patrick Troughton, Richard Dimbleby and Chaz Jankel. One might think that this tale of six teenagers from incredibly wealthy families would therefore be an irrelevance, a slice of upper class life inaccessible, even on a TV screen, to us ordinary mortal folk.

But there you would be wrong. Unhallowed Ground is aware that its protagonists are part of an elitist minority who will never have to deal with real life, but that doesn’t mean they don’t have to deal with mandatory teenage things like raging hormones, rebellious attitudes and demanding parents. They also have to deal with the savage ghosts of 17th century plague victims and a couple of ex squaddies turned burglars.

In fact there is some social commentary in the film, but it’s commendably non-didactic. “Thirty two thousand pounds a year to send your kid here,” says one of the robbers. “That’s more than I was earning when I was being shot at in Afghanistan.” 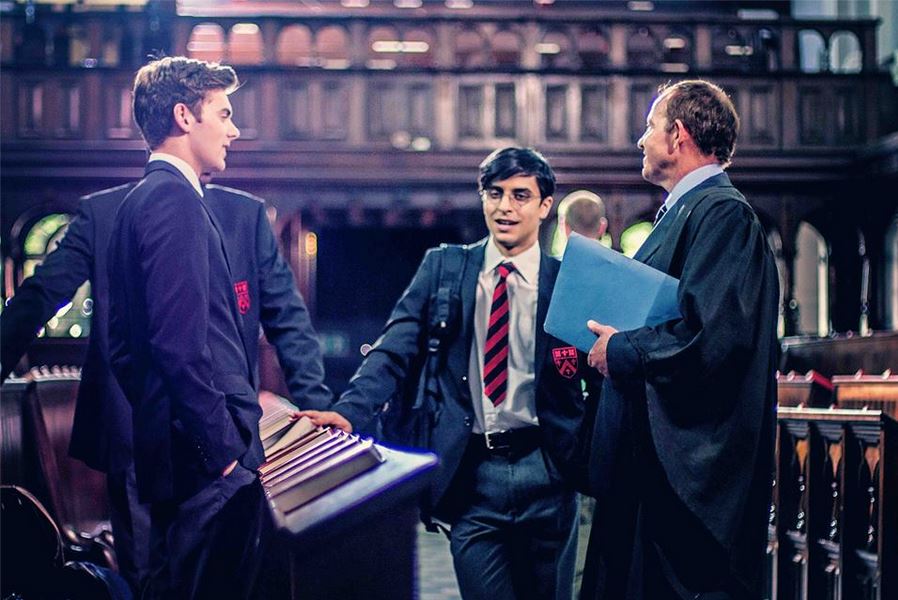 It’s the last day of term. Everyone – staff and students – has departed Dhoultham (crikey, I’ve heard of School’s Out but that’s some fast moving there). In the never mentioned let alone explained absence of any sort of caretaker, the only remaining occupants are a sextet of sixth-formers who comprise the school's Army Cadet Corp. Plus one teacher, who sets them a task after which they will receive some sort of gold medal award. Said task is to patrol the school and its grounds overnight, dressed in camo gear, toting unloaded (I hope!) assault rifles. The teacher will sit in his office, communicating with them by walkie-talkie.

Now, being a good comprehensive school lad who had to make my own way in the world, I have absolutely no idea how public school Cadet Corps work but I didn’t buy this for a second. Nevertheless it’s a reasonable set up that puts these six teenagers into an interesting location, without phones (though they do have walkies), wherein they will face both the supernatural threat and the criminal one. One big advantage that this scenario gives us is that, in a cinematic subgenre largely populated by moronic chavs whom one is often quite happy to see dismembered, Unhallowed Ground gives us a group of characters who are intelligent and (very) well educated. They may enjoy a spot of sly sex or a swig of under-age booze, but 32 grand a year teaches kids to think, learn and understand. When a character picks up a play script and says, “Ooh, Doctor Faustus – my favourite!” you can actually believe she means it.

In defiance of convention, this is an intelligent teen horror. 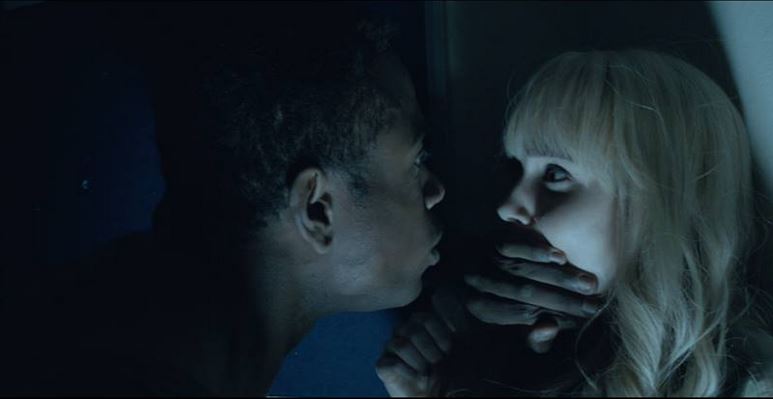 Let’s meet the boys first. Daniel (EastEnders’ Thomas Law) is Head Boy, a natural leader, but he has failed to get into Oxford, the first person in his family to not make the grade. Aki (Marcus Griffiths) captains the rugby team and has a confident swagger. Rishi (Paul Raschid, who wrote the screenplay) is a hardworking swot, whose acceptance into Cambridge doesn’t make up for his parents’ impending divorce.

Dhoultham being a boys’ school, the ladies attend a neighbouring academy. Verity (Poppy Drayton, Madeleine Allsop in Downton Abbey) is up for fun, especially with Daniel who has just (according to social media scuttlebutt) split up from his girlfriend. Sophie (Morgane ‘Roman’s daughter’ Polanski) is a real soldier girl, resolute and practical. Meena (Rachel Petladwala from ace kids spy-fi show MI High) is more bookish and not an integral part of the school’s inner circle of cool kids.

All six are nicely drawn characters, portrayed by a squad of talented young actors. Any one of these characters could have been a cypher or a stereotype but instead they come across as rounded, real and believable. The cast work well together and do actually all look like teenagers, despite being in their early twenties.

Casing the joint with a view to half-inching some valuable items from the school archive are former Marine Shane (Corrie/Casualty star Will Thorp – better known to discerning viewers as Toby Zed in that Doctor Who two-parter with the giant Satan thing) and former Bomb Squad trooper Jazz (EastEnders' Ameet Chana). The former is determined, organised and prepared to use violence if required; the latter is unsure, nervous but has a detailed knowledge of which wire to cut in any given situation. It’s just a shame that they didn’t wait another 24 hours. If they had burgled the school on the day after term finished, the place would have been completely empty, devoid of both the living and the undead.

Dhoultham was founded in the mid 17th century and was, we are told/shown in a prologue, spared the plague after the unexplained, ritual murder of four students. One surprisingly careless slip in what is overall a fine-looking, very professional movie, is footage of 17th century school master Richard Graystone (Richard Derrington – Professor Brelan from Jupiter Moon!) writing in his diary. Not only is the writing in large, individual, somewhat untidy letters, rather than the intricate cursive script of someone who uses a quill pen every day of his life, but also the spellings used are obviously modern (as oppof’d to fomething more in keeping w. the periode). It’s not much, but it’s a hap’orth of tar that threatens to spoil the ship. 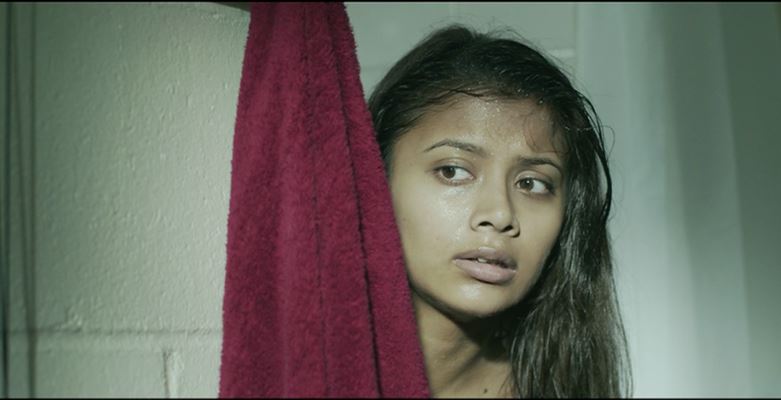 Anyway, the teens set out in three boy-girl pairs to check various parts of the estate, including the cricket pavilion, but it’s not too long before both the characters and the audience start seeing odd things. The creepy shit gets increasingly creepier as the film progresses. Lone adult Dr Carmichael (who has changed out of his academic gown into his own camo gear) had promised some surprises over the course of the night and there is some brief suggestion that this might be his doing, but that’s never really followed up and if Carmichael (Holby City’s Andrew Lewis, who was in the late Frank Scantori’s unfinished Dead Crazy) did have any pranks planned we never find out what they were. In any case, as the spookiness escalates, the possibility that it’s anything less than genuine supernatural manifestations recedes at a rate of knots.

Shane and Jazz also encounter the ghosts, and subsequently encounter the teenagers. Far from coming together in some sort of Assault on Precinct 13 style truce, the two groups remain at loggerheads, even as they try to escape the attentions of the vengeful spirits (who died exactly 350 years ago that night).

This is a well-written, well-directed, well-acted film and I found myself caring about these characters (even Shane) and wanting to see who would survive. Actions are believable, motivations are clear and credible, people get hurt and no-one is super-human. The pace is maintained throughout, leading to a final act twist that I certainly didn’t see coming. The only low point is some very poor flame CGI FX right at the end: another hap’orth of tar. 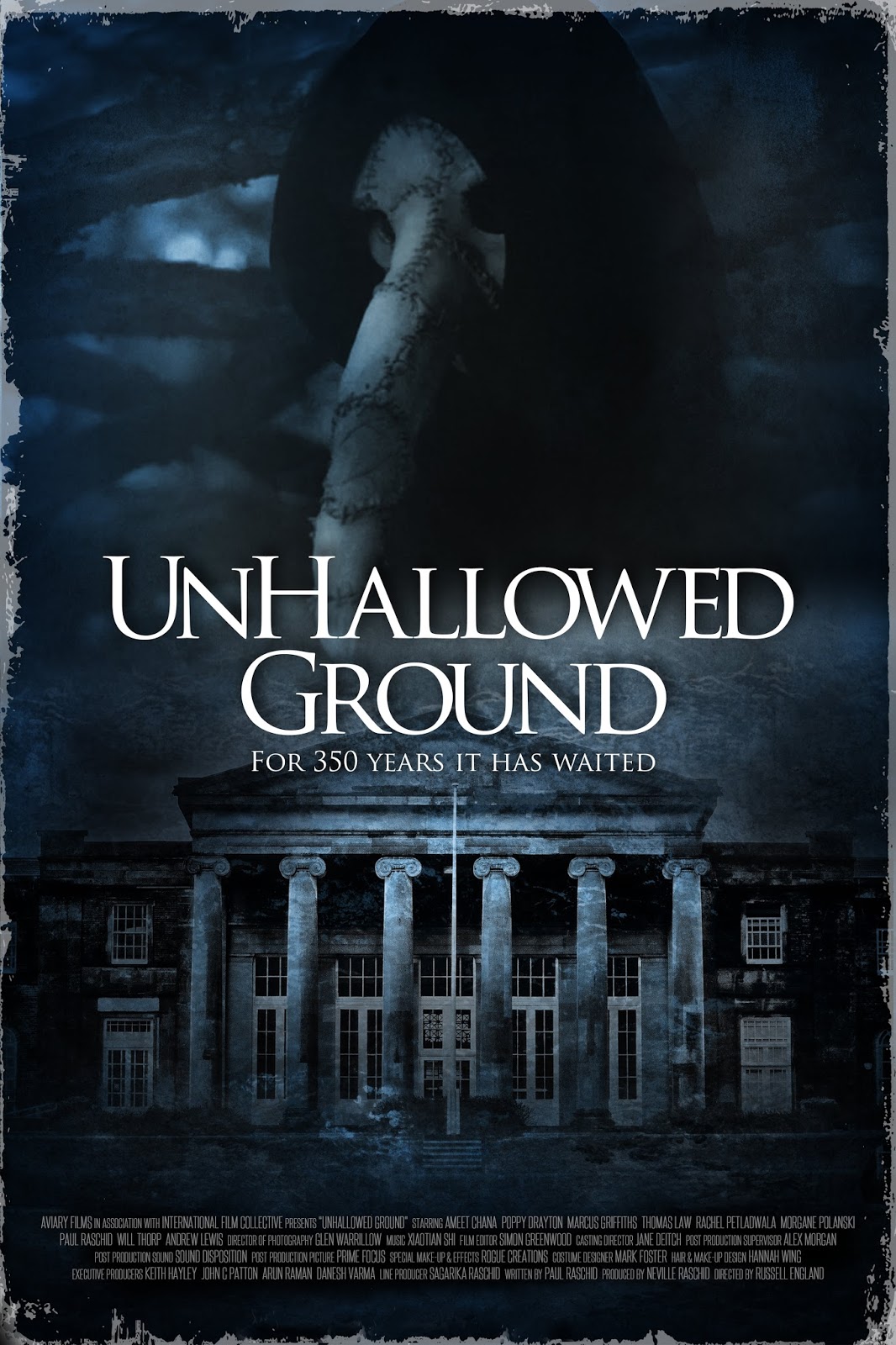 Documentarian Russell England (making his feature film directorial debut after 20 years of helming things like F1: Chasing the Dreams, Paul Burrell: What Really Happened and Dogs: Their Secret Lives) makes excellent use of his terrific location and commendably resists cheap Woman in Black-style cat-scares. DP Glen Warrillow does a cracking job on the photography; he also shot a couple of David Gregory-directed DVD extras and Drew Cullingham’s The Devil’s Bargain (and indeed Cullingham himself can be spotted in the credits as director of this film’s Making Of).

The special effects were provided by the ever-reliable Mike Peel, whose work we have previously seen in The Zombie Diaries, Evil Aliens, Dead Wood, The Scar Crow, Red Kingdom Rising and The Zombie King. Jonnie Hurn, usually in front of the camera in titles such as Penetration Angst, Umbrage: The First Vampire, The Zombie Diaries etc, was production manager here.

On the whole Unhallowed Ground can be considered a success and is an impressive debut for writer Paul Raschid, whose father producer Neville Raschid has made four comedy features but not previously ventured into horror territory.