Confession time. I do have a short, personal list of  'people I would love to interview one day but probably never will'. Very, very occasionally the stars align and I tick a name off that list. In October 2015 I was offered the chance to send a few questions to one of my favourite actresses, voice legend EG Daily. Many thanks to Anderson Group PR for arranging this. 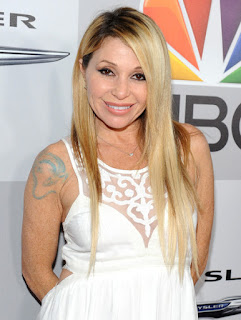 When you voice a new character in a TV series or film, what process do you use to create an appropriate and distinctive voice for her/him?
"The process for creating a specific voice for a character is... I look at a photo or some kind of claymation and decide based on the facial features what voice would fit that face. It is pretty simple and I don’t overthink it. I go with my first instinct usually."

While you’ve worked on hundreds of cartoons, your live-action work has been more select, leading to roles in several movies that now have cult status, like Streets of Fire and Pee-Wee’s Big Adventure. What is it that you look for in a movie project?
"I look for interesting roles that I can get lost in. I like to morph into someone else... different worlds, different make up, different experiences."

One of your early films, Greydon Clark’s Wacko, is not so well known as the others but is a particular guilty pleasure of mine. What do you recall of making that film?
"Ha! That’s funny - Wacko!! Yeah, I think I got my head chopped of in that one! And I recall having to make out with Joe Don Baker!"

How did you get cast in Rob Zombie’s The Devil’s Rejects, which was a big departure from the sort of stuff you’re known for, and what can you tell me about the forthcoming 31?
"My agents called and said I got an offer for a role that started that day! I ran in my agents 'office... read the role 'Candy', loved it, and said yes! It wasn’t till I was leaving the office they told me it was a Rob Zombie film! I was super happy about that. I love working with Rob, he’s amazing! 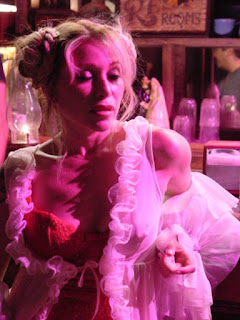 Why did you decide to take part in The Voice and what did you get from the experience?
"A friend of mine got me the audition... I was so flattered that she would go out of her way to do so. I had to go for it plus I LOVE TO SING so I did it. It was like being at the best singing camp ever. It was such an amazing experience. Made me realize even more how much I love to sing and love music!!!"

Finally, of all the characters you have brought to life, who is your favourite?
"Tommy Pickles and Buttercup and Baby Mumble!!!"