Can it really be nearly ten years since I interviewed Dave Campfield about his first feature Under Surveillance/Dark Chamber? In October 2015 I decided it was about time that Dave opened up about his comic creations, Caesar and Otto, who have so far survived a Deadly Xmas, a Summer Camp Massacre and a Paranormal Halloween. 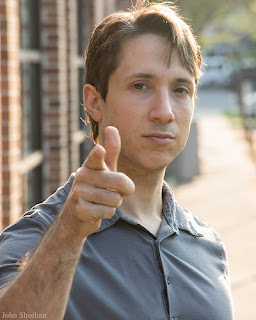 What was the inspiration for the characters of Caesar and Otto? Are they based in any way in yourself and Paul Chomicki?
"Paul and I were friends from High School. We were a few years apart but had a love of cinema and performing in common. We started collaborating on sketch comedy. What I mean by that is we'd get together, grab a camcorder and do sketches in our parents' basements to an audience of nobody. Caesar and Otto were two characters that emerged from those exercises. The two characters felt very right together. Paul has a good heart and is a hopeless romantic. He can also drag his feet to no end when asked to do something. Take those qualities and multiply them by a hundred and you have the core of Otto. Caesar is a self-absorbed, vain actor. I can't say I'm completely free of those qualities but he was more inspired by combining Moe from the Three Stooges with Felix Unger from The Odd Couple and Norma Desmond from Sunset Boulevard. With just a little bit of me for good measure."

What do you think is the difference (if any) between horror comedy and comedy horror?
"Horror comedy is a horror with comedy elements mixed in. The inverse applies for comedy-horror. Abbott and Costello Meet Frankenstein is a comedy-horror, whereas I'd consider the Scream series horror-comedy. Caesar and Otto are firmly planted in the world of COMEDY-horror."

How do you manage to get so many cult movie stars (past and present) to appear in your films?
"It all started with Felissa Rose. I became friendly with her here in New York. Without knowing she was the star of Sleepaway Camp we began collaborating on my debut feature Dark Chamber. We built up a rapport, and when in production on Caesar and Otto's Summer Camp Massacre (incidentally the debut movie of Empire star Trai Byers) Felissa began suggesting some of her industry friends to take part in the movie such as Brinke Stevens, Joe Estevez, and very obviously, her husband Deron Miller. We reached out to more names with the following sequels. Apparently I'm easy enough to work that other horror icons weren't repulsed by the notion of working with me. And for a giant pay cut. Guess I've been lucky." 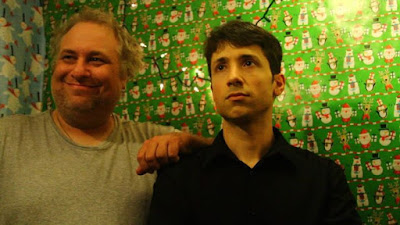 As writer, director, producer and lead actor, you’re a busy man on each production. Which job do you enjoy most and which would you hand over to someone else if you could?
"Give someone else the job of directing, stat! I hate directing. I hate telling people when their performances aren't working, I hate running out of time, I hate the constant job of compromising, I hate dealing with the endless stream of issues, dramas, and countless things outside of my control. On this budget most everything that can go wrong, tends to and it has nothing to do with me. I'm an easy-going guy who just wants to relax and enjoy the process. But that's rarely an option. At the same time, on this budget, who else can direct the movie with the exact vision I'm striving for. Director, for me, is just a necessary evil. And a lot of times I direct thinking of how I'm ultimately going to edit it in mind. At the end of the day, I love acting and writing, I enjoy editing, but I hate directing." 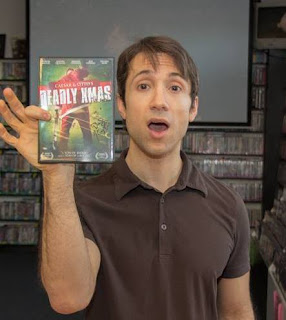 What sort of response do the films get? Do Caesar and Otto have a dedicated fan following?
"I've amassed a small but very loyal following... I have no idea of the actual numbers of people who have seen the series, those who loved it, hated it, or were completely indifferent but a core group of fans regularly reach out to me on social media. One person, who you can see at the end of Caesar and Otto's Paranormal Halloween even got a Caesar and Otto tattoo around his collar bone! We've made a connection with some people and that makes me very happy."

You’ve been making the Caesar and Otto films for a few years now. Great as they are, do you have a hankering to get back to straight horror, like Under Surveillance/Dark Chamber?
"If Paranormal Halloween doesn't perform, that might be it for the Caesar and Otto feature films. At the end of the day you want your movies to be seen by the widest audience possible, and if it's failing to reach that audience it might be time to take a step back from them. We can still do shorts now or then for the youtube.com/caesarandottoforever page, but a feature is a different story. I'm even exploring the idea of a Caesar and Otto comic book to following their continuing adventures. 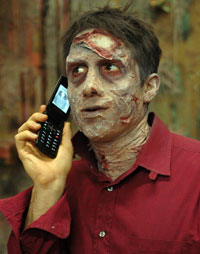 "Up next I'm scheduled to delve back into the world of straight horror with a feature called Awaken the Reaper. It's time to return to the dramatic. The plan is to shoot in New York with my Paranormal Halloween co-stars Josephine Iannece and JamieLee Ackerman (who just won best supporting actress at the Tabloid Witch Awards for playing Kyla the cook in Paranormal). This is a script I've been developing on and off since 2007 and now's the time. I feel it in my heart.

"In closing, just wanted to take a moment to thank those who helped make the Caesar and Otto comedy/horror trilogy happen. Most notably producers and key on set production personal: Richard G Calderon, Daniel Sullivan, Scott Aguilar and too many others to name. I literally couldn't have done it without them."