I had the great privilege of meeting Michael Anderson in Luxembourg in May 1999 when he was shooting his last film at the age of 79. This was The New Adventures of Pinocchio starring Martin Landau, Udo Kier and Gabriel Thomson. Anderson is a charming, old-school director who was respectfully addressed as ‘sir’ by everyone on set and this interview was posted online in honour of his 90th birthday. 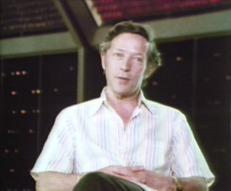 What attracted you to this project?
"The script, the story, the family values of the story. The fact that it had something good to say. In a sense, what I believe to be its mass audience appeal. And the special effects which I’ve enjoyed doing all my life, from Dambusters through Martian Chronicles through Logan’s Run. I enjoy them very much."

How long have you been directing?
"Oh, many years. I would say at least 40. Maybe 50. I started very young."

What has changed most over that period, and what has stayed the same?
"I think what’s changed most is the technology. The ability to do things, let’s say, more expensively but more easily than they could be done before. You have a great range of possible visual effects at your disposal. What haven’t changed at all are good scripts, good teamwork, great casting and I guess the ability to put it on the screen."

How are you finding working in Luxembourg?
"Well, you know I find that nearly any location, once you get on the set, irrespective of where you’re shooting it - whether you’re in Morocco, whether you’re in Malta, whether you’re in Russia - if you get a great crew and a great team, which I have, you really haven’t got time to see or appreciate the country. What I do appreciate about Luxembourg are the kindness of the people, the co-operation of the people, the beauty of the country. I love being in Luxembourg, it’s great. But in terms of working, once you are on that set you are on planet Mars."

We worked out that there are at least six languages being spoken on this set.
"Fortunately I speak most of them! I speak French, German, Italian and English pretty well so I find that I’m very comfortable." 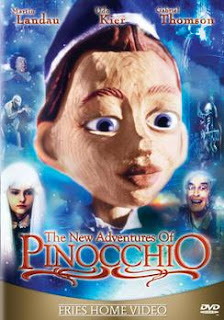 Have you worked with many of the crew before?
"No, it’s the first time I’ve worked with most of them. The only person I’ve worked with - for many years on and off - is Tiny Nicholls who is the chief wardrobe associate. He and I go back a long time to the times when he was with Berman’s in London. He’s the best in his field. But other than that they’re pretty well a new crew."

Having directed many films, do you prefer something like this where it’s all a bit fantastical and larger than life?
"Actually I don’t. I love to do stories that are based on truth. But it’s not a question of preference. It’s a question of finding the story that appeals to me, that I feel that I can allow my imagination to take hold of and create a fantasy. So even in a sense some of the more serious films I’ve done had an element of fantasy. I mean, Operation Crossbow for instance, had the fantasy of the Germans creating the V1 and the V2 rockets. But it became reality, and so fantasy became reality.

“And what I love about this fairy tale is the underlying lesson and its underlying morality to children all over the world. There are certain lessons to be learned from it: learn about respecting your elders, learn to be truthful, learn not to get into mischief because it can lead to all sorts of terrible things in life. But you can overcome those things, as Pinocchio does in the end, by sheer will, determination and love." 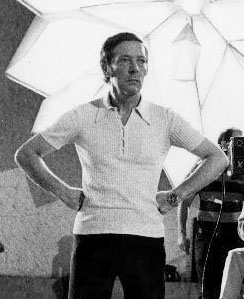 How much say have you had in choosing the cast?
"A lot, a great deal of say, and I’m very pleased with the cast. I think it’s a wonderful, wonderful assembly. Some of the circus people are actual circus people. The strongman is a strongman, the fire-eater is a fire-eater; they play major parts and I find them wonderful to work with because they have the real experience. They’re natural actors, they’re natural mimes, they haven’t got any fear of the camera. And I don’t think I should so easily have found actors to do what they do and play the parts at the same time."

There’s a lot of extras, children, horses, donkeys. It must be very complex logistically.
"They always say to directors ‘Keep away from children and animals and special effects.’ I actually enjoy working with all three. I find children are wonderful to work with because they’re very natural, they’re very instinctive, and if you choose the right children they’re just a joy."

You’re past the age when many people would have retired. Why do you keep making films?
"To me, this is my hobby as well as my job. It’s like a painter. I will go on doing it until somebody doesn’t ask me any more. It’s exhilarating, it’s creative and I get a great kick and thrill out of doing it, and that will never stop."

You made some great war films. Are you surprised to see war films making a comeback with movies like Saving Private Ryan and The Thin Red Line?
"No, I’m not surprised because of course war is the greatest drama ever, throughout history. It gives a background and a canvas that is greater than life and is true to life. The ones I’ve chosen, like Operation Crossbow and Dambusters and Yangtse Incident and films like that, have been based mostly on truth. And those I enjoyed doing tremendously."

You did the original film version of 1984. How much was that influenced by the TV version?
"I saw it but it didn’t have much influence because the film was made by an American company. It was not done the same way. It was done on a very, very small budget. At the time I just loved doing that and it’s still one of my own personal favourite films."

The Martian Chronicles was very intense, probably because of Ray Bradbury’s writing.
"That was again another sci-fi picture that took a lot of doing. I love challenge. Anything that’s challenging like that, that you feel can’t be done, I like to try and do it. Having taken on the challenge, it then becomes a greater challenge to challenge myself, and that’s what I enjoy most!"

When you made Logan’s Run, was there ever any talk of filming the other two Logan novels?
"There had been talk. I’ve had talks over the years of other people doing them, but I’ve heard no more and as far as I know there are no plans that I know of to do sequels. They did do a short television afterwards. But I still think that the film remains to me a piece that I’m very proud of."

It was part of an era of SF after 2001 and before Star Wars.
"Before Star Wars, at a time actually when they said science fiction wasn’t going to go - it was box office poison - and then Logan’s Run came out and sort of turned the tide, just prior to Star Wars, which became a tidal wave.

More recently you directed a version of 20,000 Leagues Under the Sea.
"Yes I did. That was for Hallmark at Pinewood in England and that was again science fiction. It’s become one of my pleasures now to look for good science fiction."

When you’re making something like 20,000 Leagues or Pinocchio which has been filmed numerous times before, do you make a conscious effort to bring something new to it?
"Not consciously. I do what I believe is the best film that I can from the material I’m given with the best people I can. I’m not influenced by previous version, or have not been." 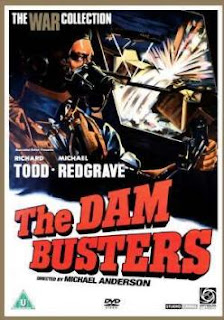 Of all your films, which are you proudest of?
"Probably The Dambusters because I was very young at the time. It was enormously complex, it was very real, and it launched my career. So I have very special feeling towards having made that picture. And because again it has become sort of a landmark for war films. Again it’s something that I feel very proud to have done."

In making that, did you work with people who had been part of the original operation?
"Oh yes, I was helped by a lot of people. I met a lot of the survivors of the raid. I met Air Vice Marshall Cochrane, known as Cocky. I was given assistance by Whitworth who was in command of the base. I had a great deal of technical advice and help, and met a great many of the people who were involved. As I did when I did Operation Crossbow. I went to Germany and I met Oberth and I met the people who invented and who launched the first V1 and the first V2 rockets. I had interviews with them and it helped me greatly in bringing that on to the screen."

Finally, do you have any projects still burning inside you that you want to make?
"I have quite a few and I will go on making them as long as anybody gives me the money and lets me do it.”