Alan Harris was the British producer of Anglo-Kiwi horror The Ferryman. In August 2007 he kindly answered one of my e-mail mini-interviews. 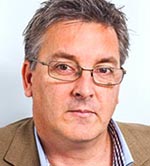 How did you become involved with The Ferryman?
“I have known and admired writer Nick Ward’s work since he wrote Kiwi film Stickmen. I heard he was writing a horror (not usually a genre usually associated with Atlantic Film Group) and this coupled with a desire that I have held for sometime to set a project in New Zealand (where I was brought up) made me interested in finding out more.

“Co-Producer Matthew Metcalfe and I began to talk about how we could make the film an Anglo-New Zealand co-production and take advantage of various financing opportunities in both countries. We worked hard to structure the project and secured the funding from a combination of sources in NZ and the UK.”

What are the advantages and disadvantages of a UK/NZ co-production?
“Any official co-production brings with it inherent issues and challenges. There are various restrictions that are in place that limit your spend in each country and your choices of cast, creative and technical crew and as a producer you need to weigh these up against the benefits that you can gain from a funding point of view.

“Atlantic have been specialising in the utilisation of co-production treaties and conventions for many years and the structuring of The Ferryman fell into a fairly natural construct whereby we spent around 70 per cent of the film’s budget in NZ where we shot in and around Auckland and 30 per cent in the UK where we post produced it.” 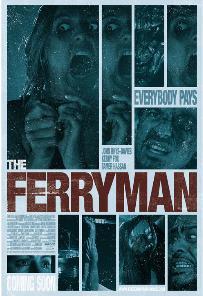 Why, in your opinion, is horror such a viable genre in British films nowadays?
“As long as you respect the form and function of the genre and try as much as possible to give the audience a new feel and take within the rules that are generally accepted within horror films, the audience for the horror genre is an extremely loyal one. Of course the converse is true and if you patronise them or try to go too far outside of the conventions they hold dear then watch out!

“Also the online horror community is extremely strong which helps with word-of-mouth marketing – a hallmark of this type of project. During production and post-production we purposely tried to keep the information about The Ferryman to a minimum so that we could have some semblance of control of its output but amazingly the hardcore fans found stuff out. Various forums and notice boards were rife with speculation and discussion; not always accurate but it certainly demonstrated a thirst for information and a real desire to be included.”

Where has The Ferryman been shown and how has it been received?
“The Ferryman received its premiere at the Brussels International Festival of Fantastic Film and opened to a sold out crowd of over 1,200. The festival is renowned for being extremely vocal and a real litmus test for a film. The Director, Chris Graham, and myself attended and we were really amazed at how well it played - the audience really got into the ethos of the film. It is fairly unrelenting once it gets moving and to have the reaction that we did was awesome.

“The film then opened at the Seattle International Film Festival in the US and again received great reviews. It is lined up for the Puchon Film Festival in Asia this October. It is to be released theatrically in New Zealand and Australia in October and the UK later this year.” 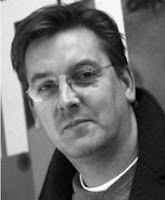 What other films do you have in production or development?
“The Ferryman co-producer Matthew Metcalfe and I are producing another Anglo-New Zealand co-production entitled My Talks with Dean Spanley written by Alan Sharp (Rob Roy) starring Peter O’Toole and directed by Sundance audience award winner Toa Fraser (No.2). We are set for principal photography in November in and around Norfolk.

“Atlantic Film Group are also developing a novel by Julie Myerson entitled Something Might Happen, a project about the first boat load of female convicts to be transported to Australia called The Floating Brothel and a Canadian road movie entitled Mile Zero.”