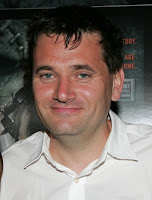 It's fair to say that Mutant Chronicles had mixed reviews: some people loved it, some hated it. How surprised (or not) were you by that?
“Mutant Chronicles was a grand experiment! I desperately tried to do something no-one else has done before. I went for a very extreme look and feel for the film. I always felt that if I didn't do that, the movie would look very generic and cheap. We would have literally been running around on a back lot somewhere trying to make a sci-fi movie without the proper resources. No-one has made a movie that, almost end-to-end, uses so many models, miniatures and traditional matte paintings - it was a very extreme look, one I like.

“I am always surprised that people hate movies so much, especially these types of movies. It’s just a bit of popcorn fun. The entire style was meant to be fun, rough, quick and energetic - I am glad some people got that. If you enjoy Thomas Jane saying, ‘I'm not paid to believe, I'm paid to fuck shit up,’ then you will enjoy the movie; if you think that's very theatrical and cheesy then you won't like the rest of the movie because we made it in that style.”

What's the deal with the date? A lot of reviews, presumably working from publicity material, said it takes place in the 23rd century but the year is clearly shown on screen as 2707, and yet the DVD sleeve says 'Welcome to the 23rd century'. Who's right?
“I had decided on a date and we had a title card made, then a few months later I see a poster with '23rd century' written on it. I think some marketing people perhaps did not check the movie. These things happen so I am not going to get upset about it, But Philip the writer, myself and Ed Pressman had all agreed on the date. It was just a mistake so let's leave it at that. The US poster says the 28th century which is correct. It should not have happened.” 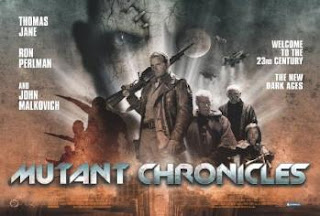 How happy are you with the way that the film has been treated by the various distributors?
“Once a film leaves the cutting room on the last day you have very little connection with it. That’s where the date issue came from, which was way beyond my control. It makes movie fans mad because it looks like you don't care to figure out stuff like that: well, we did figure it out but what can you do? I removed the date from my director’s cut. I hope that doesn't distract for too many people.”

In retrospect, what do you think works best about the film and what aspects do you think maybe don't work as well as they should?
“Works best: I think the whole look was incredibly bold and interesting. It had not been done before. I would have liked to have pushed the coal-powered feel further. I love the sequence of the ship being stacked with coal before the take-off on the mission. I know it would never fly(!) but it's fun. We could have gone further with a bit more cash: you know, wind-up torches, steam-powered lighting... that kind of thing! We had just eight weeks’ prep on this movie so it gave the production designer Caroline Greville-Morris very, very little time to get stuff together - but she did an amazing job.

“No-one has ever made a low-ish budget, UK, sci-fi movie in this way before. We went for a painterly, highly stylised look and feel: not a photo-real look, more like an impressionist look, more like early German cinema in the twenties. I am very proud of that. Some people I have read say, ‘Oh it tries to be like 300.’ Well, if they check their dates they will see that we were deep into post production well before 300 came out. So I like the look and feel very much. I know it's not to everyone’s taste - I appreciate that - but I think we should get high marks for being both original and bold which we were unquestionably. 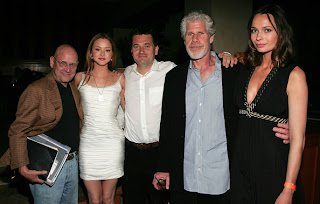 “The set pieces in the movie are good fun: the lift shaft sequence, the pod escape, the final fight in the machine. These sequences were really hard to do - everything was virtual including the entire lift shaft. They were very complicated sequences to stage and involved an enormous amount of logistics. I am really happy with these sections of the movie. I also like the opening battle, its feel and look.

“The worse aspects: I wonder if the film has too much narrative, ie. too much story. It has the corporation story, the stone seal story, the mission story: perhaps too much. If we didn't have to set up the world so much then we could have got the mission aspect going earlier. The internal logic to the machine could have been better and we needed a mutant figure head, a baddy behind the curtain.

What are the differences between the various edits shown at previews, in cinemas or on DVD?
“There are only two cuts. We finished one cut just before a tax deadline (it was a UK tax break movie) and we had literally just got all the footage in, the visual effects shots, so we had no chance to have a short break and preview it. The movie had no voice-over halfway during post production then it was added to help explain things - but I was never wholly happy about that. So I asked the US distributor Magnolia to go back and change a few things and they gave me permission and the resources to do so - so good on them!

“So now there is a director’s cut of the movie. Basically it is about eleven minutes shorter, which is a lot. I have got the mission moving off faster and removed tons of explanation which the audience does not need, in my humble opinion. It was very cathartic to be able to just cut where I wanted without worrying about anyone’s opinion. I would urge people to go and check that cut out - it's way better.” 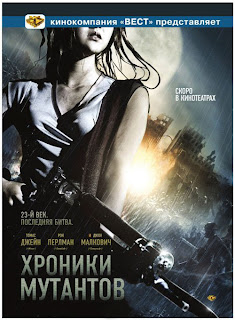 You must have been working on the film, from the promo short through to release, for about four years: what effect did that have on your life and how hard or easy was it (or will it be!) to finally let go?
“I think I enjoyed the promo most of all in the process. It was a really fun experience and I have very fond memories of the summer of 2005. We worked really hard and did everything in-house. The movie became my life and we worked round the clock for far too long on it. So many people put so much into this movie; it was made as a labour of love with very little resources. I am letting the movie go, day by day, and that makes me happy. It's time to move on and I have a big desire to go and make a live action movie without green screen on 16mm!”