The Horror of the Dolls 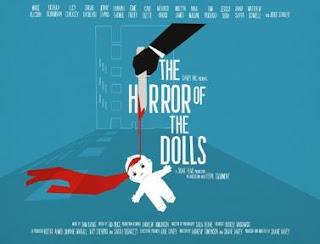 Life’s like that, isn’t it? (As the great Vivian Stanshall once smoothly murmured into a microphone.) Exactly one year ago I added a review of a short film called Slight Complication which was made and sent to me (on VHS) in 1998 and had sat on my shelf ever since.

A few months later, I was contacted by that film’s director Shane Davey (he probably has a Google alert set up for his name - who doesn’t?) who is now a successful director of music videos. Turns out he was finishing up his debut feature film, which had the love-it title The Horror of the Dolls. To cap it all, the cast included my mate Jenny Evans from Evil Aliens.

So now I’ve had a chance to watch the film which premiered at the ICA in London after winning the ‘28 Days Later Feature Film Challenge.’ And it’s a very hard movie to review fairly. Not least because it was made as part of this challenge, in which film-makers were given an individual title and a month to make a film (of at least 70 minutes length) from scratch.

This shows in the improvised dialogue, which sometimes works well (mostly monologues or two-hander scenes with little actual dialogue) but sometimes seems stilted and artificial - which is kind of ironic. I’ve never been a fan of improv or even semi-improv (can’t stand Mike Leigh films, for instance) although it can sometimes work in a mockumentary format, as per This is Spinal Tap, Take Me to Your Leader or the interview segments of I, Zombie. But it’s clear that the best way to make improvised dialogue work is to shoot enormous amounts of footage and then spend weeks editing that down to something feature-length with a narrative structure. Clearly neither of those processes is viable with a four-week film limit. 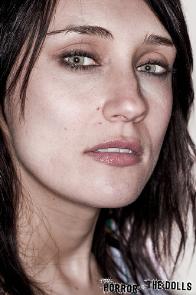 There is also a tremendous amount of slow-motion in The Horror of the Dolls, which is I suppose an artistically viable way of filling a 70-minute slot (it actually runs about 85 minutes). What there isn’t is a truly coherent narrative or fully developed characters, but then that’s the territory of speed-film-making, I guess. It’s easy when you’re making a short film under a time restriction. A short film just needs a concept. There’s an old observation that most people who “have an idea for a film” don’t have an idea for a film, they just have an idea for a scene. You can turn an idea for a scene into a short film, even when you’re under the gun. But a feature, that’s a different matter.

So what is The Horror of the Dolls about? Well, it’s about a tower block and is set in a real location, called Balfront Tower. This is a hideous concrete monstrosity, a brutalist hymn to absolutely everything that was wrong with post-war architecture. It looks like it was designed using sticklebricks with the intention of housing as many of the city’s undesirables as possible. I bet it has vending machines that sell heroine. I imagine that when applying to live there the form has a section called ‘occupation’ which offers two choices: ‘crack whore’ and ‘other’. This is all totally unfair of course but architecture makes statements and the architecture of the Balfront Tower makes the following statement: “Give me your watch and your phone, man, or I’ll cut you.”

It was designed in 1963 by a fellow actually named Erno Goldfinger. Hello! There’s a clue there! No good can come from employing someone with the same name as a Bond villain. I mean look at the thing. It’s abundantly clear that if you key in the correct sequence on the lift buttons the roof opens up and it launches a nuclear missile straight at Paris.

When will you architects learn?!

Anyway, some sort of evil corporate entity wants to clear out the residents in some way and for some reason, although this is clearer from the synopsis than the actual movie, where all we get is a French woman in a red coat and an older woman with frizzy hair (Kari Frette and Anna Savva). They’re up to no good, that’s for certain. 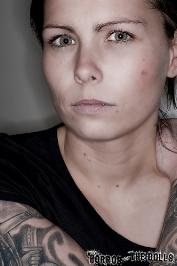 On the top floor of the tower lives an old guy called Frank (Joerg Stadler: Mrs Meitlemeihr, Hannibal Rising) who is a bit weird but harmless. He collects dolls and his flat is basically full of them, mostly in states of damage and disrepair. The film opens with Frank’s murder by a creepy young bloke (Richard Brinkmann, who played various roles in a little-known CITV series called Captain Mack) something which is subsequently discovered by a council worker sweeping the walkways who has found a doll and takes it up the the old guy.

An off-duty policemen (I think) who lives in the building starts investigating the situation and contacts Frank’s daughter Jess (Jessica Rudd) who comes back to the tower and hitches up with and old flame. Or something. Meanwhile local resident Lucy (Lucy Chalkey, who plays the stepmom in CBBC fantasy kidcom Jinx) is trying to drum up support for her campaign to stop the evil corporate entity from doing whatever it plans to do, although her girlfriends seem largely disinterested or even keen to sell up and move out. Most of them seem to be artists for some reason, although one plays the cello. Jennifer Evans plays Lucy’s room-mate in an early scene that doesn’t really do anything except introduce us to the character, although she does get to reappear briefly, silently and dramatically later on.

One of her pals is Hannah, played by Hannah Farmer, who looks a bit like Sally Phillips from Smack the Pony, only with a permanent frown and lots of tattoos. After some further deaths, the film’s climax is a quite brutal fight between the never-named killer and Hannah who turns out to be not just really, really angry but also an adept kickboxer.

In among all this is a recurring motif of a creepy doll. In probably the cleverest (and certainly the most original) scene of the film, a police forensics officer (Mostyn James) carrying a crate of evidence from Frank’s flat accidentally drops it off a walkway and, on recovering the items from the ground below, finds that one large envelope has burst open and the contents are nowhere to be seen.

The contents was evidently a doll, subsequently found by Jess who recognises it from her childhood. This doll crops up, usually unnoticed by people, in further scenes and there is one absolutely superb, literally blink-and-you’ll-miss-it moment which shows us that this is (probably) more than a doll. More than that, neither the film nor the filmmakers are telling. 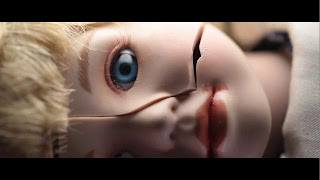 The thing about The Horror of the Dolls is that it only works if you approach it in the right way. If you just want a horror movie, then you’ll think it’s a load of pretentious, half-arsed twaddle. But if you (a) consider its provenance and genesis and (b) are yourself pretentious enough to use words like ‘provenance’ and ‘genesis’ then it is possible to consider the film as considerably more avant-garde than it might at first appear.

This is not a movie which sets out to tell a story with clearly defined characters and a coherent, cohesive narrative so don’t look for those things. This is an impressionist film, as much about style as substance. For example, Shane Davey has a distinctive fondness for letting the soundtrack of a scene run in real time while jumping backwards and forwards in the visuals so that often people are speaking while not speaking (if you see...). There is also, at one point, and for absolutely no reason that I can see, an extraordinary sequence of three young woman, covered in blood, writhing in terror on the ground. Fabulous imagery: no obvious connection with anything.

Given the same premise but much more time to develop a script, I have no doubt that Davey and co-writer Andy Tomlinson (also credited as production designer and who may be the standby props guy from Tormented if the IMDB can be believed) could fashion a more satisfyingly structured plot and flesh out the characters. If they wanted to. Maybe they don’t.

Nevertheless, The Horror of the Dolls proves to be an intriguing - and, in a curious way, satisfying - entry into the British Horror Revival. It has that grimy, gritty, urban milieu that was managed so well in the criminally undervalued Wishbaby and which harks back to such 1990s horrors as Urban Ghost Story and Downtime.

Many of the characters are unnamed and the credits, though arty, are utterly unreadable. Working from the IMDB, cinematographer Sara Deane has DPed a bunch of other indies and was part of the camera crew on big pictures including Bend It Like Beckham, United 93 and that bizarre 2007 BBC modern-day version of Frankenstein. Visual effects are credited to Eren Ozkural who has various credits on Beyond the Rave, F and Forest of the Damned 2. 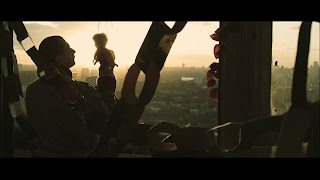 I always try to judge films on how well the filmmakers achieved what they set out to do bearing in mind what they had available. That’s somewhat tricky for The Horror of the Dolls because what the filmmakers had available directly affected what they set out to do. This film won the competition for the purposes of which it was made, so I believe it can be considered a success but I do also have to take into consideration the movie as a movie and what audiences can get from it who neither know nor care about the 28 Days Later Feature Film Challenge. Hence...