Pat Higgins is a major player in the British horror revival of the 21st century. As of this interview in summer 2010 he had directed 4.33 movies: TrashHouse, KillerKiller, HellBride, The Devil’s Music and one third of the anthology Bordello Death Tales, with James Eaves and Al Ronald helming the other two segments. 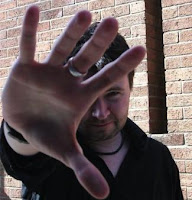 How did the Bordello Death Tales project come about and what appealed to you about it?
“Jim and I were sitting having a beer after the cast and crew screening of Bane, and he suggested that an anthology might be a fun project. We chatted for a while about it and resolved to get a proper plan together at a later date. I suggested the addition of Al Ronald, and frankly the whole thing fell together ridiculously easily. I'm still amazed by how smooth it was. It fit perfectly into everyone's schedules, and we were up and running within a few months. I already had the germ of the idea for my segment lurking in the back of my head (except at that point the story was called 'Wanking the Id') and this seemed the perfect vehicle for it.”

How much contact was there between the three of you during the process?
“An awful lot of e-mails, a fair amount of phone calls and surprisingly little time when we were all actually in the same room together. We all saw each other's shooting scripts before any footage was shot, and we had one day in Southampton when we all filmed on the same set.”

Tell me honestly what you think about the other two segments.
“Jim's has a shine and a polish that I've never been able to quite manage, and it moves like lightning. It's a beautiful, slick, sick piece of indie cinema. Al's is pure artistry, with its own little world where the look of every object fits the design scheme. It's also absolutely nuts. The first time I saw the music sequence I think my jaw actually dropped. I love both of the other segments and I'm extremely proud to have been able to add my own one to the project.” 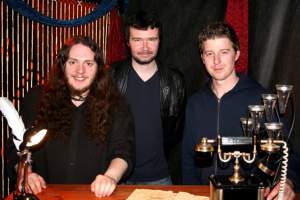 What was the origin of the fake trailers, and where do you think they might end up?
“God, I can't remember who mentioned it first. After we'd actually locked the movie, someone said something like ‘people keep asking if we're going to do fake trailers’ and we all coughed and snorted and said how derivative that would be. Then we thought how much fun it would be as well, and eventually just thought 'screw it, we'll do them anyway' and work out where they'll end up at a later date. My gut feeling is that they'll end up on the DVD somewhere, but probably not before the film starts. Or maybe we'll just put them online. We'll see.”

What is your own favourite anthology film and why?
“Oh, good question. I remember my mum, who has no interest in horror whatsoever, watching Dead of Night on TV when I was a kid. I only saw glimpses of the movie from peeking round the corner, and that was definitely the first seed. I also used to read the reprints of EC comics when I was a teenager, which of course tied into Creepshow rather wonderfully. They came out in an omnibus comic every month and I loved them. Hell, I even have a soft spot for Twilight Zone: The Movie, particularly the intro and the final two stories. I haven't seen any of the Amicus movies since my teens, but they all went into the mix too. You'll notice that I've failed to state a favourite!”

How did you get involved with producer Jonathan Sothcott and what can we expect from your next project Strippers vs Werewolves?
“I think that Jonathan and Black & Blue Films been achieving fantastic things over the last few years. It was actually the brilliant and talented Eleanor James who suggested that Jonathan and I should talk to each other about potential projects; we met up and chatted for a while, and were evidently very much on the same page as far as influences and the direction in which we might take a project. Jonathan has a real love of the genre, and instantly 'got' the Strippers vs Werewolves screenplay. 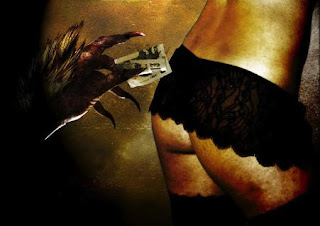 “I'm really delighted with the screenplay, which has hopefully got the knockabout vibe of stuff like the original Fright Night and The Lost Boys. We're determined to make the movie fun; I'm pretty tired of the whole 'watch people suffer slowly' vibe that seems to have dominated horror over the last few years. I want to get back to horrible monsters, gorgeous girls, good jokes, thrills, chills and unbridled entertainment. The cast is falling into place brilliantly; we've already announced that the wonderful Adele Silva will be one of our leads, and there are more announcements just around the corner. Can't wait to start shooting.”