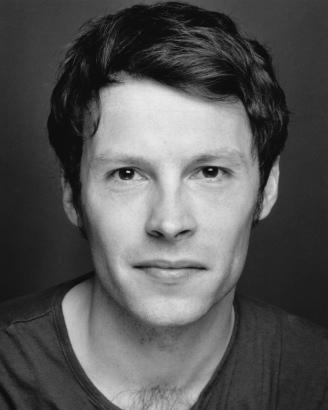 How did you land the role of Colin and what attracted you to the role?
“I had met Marc a few years earlier filming some footage for a mutual friend’s production of Bash by Neil Labute. When Marc moved to London we met up again to film Midnight. It was on that short film I think we realised we worked really well together. We had a lot of the same interests, influences and reference points filmwise and his way of shooting I found really exciting. It was adventurous, fast and really collaborative. He loves working with actors and seeing what they can give him and his enthusiasm for what he is doing is infectious. After that we worked on a couple of other projects together and would meet up quite a lot to chat about ideas and films.

“Marc pitched the idea of Colin to me pretty early on in its development. We were in a café and he was using sachets of sugar and wooden stirrers to mark out the structure of the film as he explained it. I knew about ten minutes into the chat that he wanted me to play Colin because he stopped saying, ‘Colin does this... Colin eats him,’ and started saying things like, ‘then you get smacked in the head with a hammer.’ I was really pleased that he had thought of me while putting together the film in his head.

“At first though I really wasn’t sure whether I could pull it off or whether it would be 90 minutes of me shuffling and pulling faces. I think in the end that fear helped though. A little bit of terror is always good, going into a role. It keeps you on your toes. I think it was the challenge of trying to play a zombie really well and as a properly rounded character that made me want to do it. Also that Marc wanted to make a really different, personal kind of film within the genre was a really exciting prospect.” 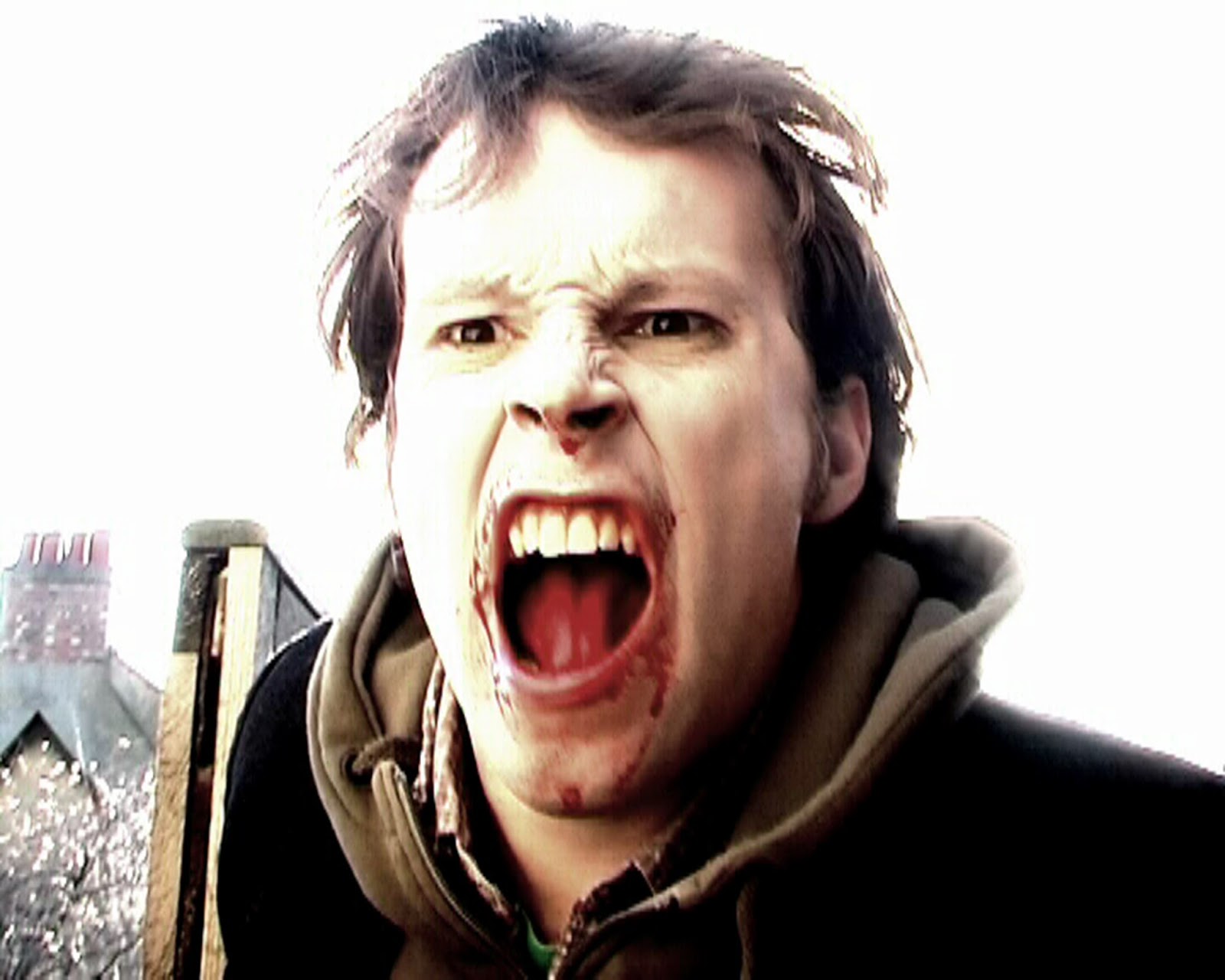 What are the particular challenges of playing a character like this, with no real emotions, limited responses to events around him and no dialogue beyond the occasional grunt?
“This is a really tough question! One of the major challenges was to get the audience to actually care about Colin because they are with him for the entire film. Doing this without the usual ways of expression was pretty daunting but then you can’t really think about that while shooting. I think so much of the character comes out of his reactions to the things that happen to him on his travels that I had to find a physicality for Zombie Colin that made sense in terms of what he is but that could be expressive and that people might respond to. It was also a challenge getting the fine balance between doing too much (to which Marc would shout, ‘Too human!’) and showing nothing. I really just wanted, though it might sound odd, for the performance to be as natural and honest as possible given his zombie condition.

“The way we filmed though, really helped find it I think. Firstly by starting with human Colin’s death and then shooting the birth gave me a great starting point to work him out. Also a lot of the character stuff was done with just me and Marc so we gave ourselves the time and freedom to experiment and find out what worked. I also think I have a pretty good range of grunts, growls, snarls... and a couple of roars!” 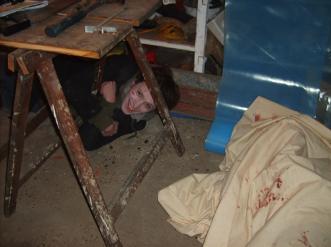 This is a very physical role: what was the most difficult and/or dangerous part of the movie for you?
“Not being allowed to blink during takes! Seriously that was rough. That and Marc making me lie in an icy puddle for ages. I actually really enjoyed the physicality of the role and the rough and tumble of fighting zombies, being mugged, punched, bundled into bags and baths was all good fun. I was pretty bruised after my death scene but it wasn’t the time to hold back. Sometimes I would get quite into being Zombie Colin and try and chew the other cast members if they weren’t looking or came too close.”

How did you cope with the zombie make-up?
“The basic make-up was fine. Michelle Webb came up with the initial Zombie Colin look and I learnt how to do that myself. As his face wrinkles and falls apart I got some more quality time with Miss Webb (which is always ace) only this time it involved latex and a hair dryer! There was some discomfort but it was well worth it in the end and latex skin is really satisfying to peel off. Especially if there is a stranger nearby to scare while you are doing it.

“The only really painful time was when we were trying for an effect where there is a hammer stuck in my head (from the street battle). We tried for about an hour to glue this fake hammer into my hair and it kept falling out taking lumps of skin and hair with it. Eventually we managed to fasten it (painfully) with elastic bands and glue only to find out it looked wrong. So we ditched it.“

How much of a back-story did you and the director create for Colin himself and for the zombie outbreak as a whole?
“We didn’t really discuss the back story for the outbreak at all as it didn’t directly inform what happens to Colin. I really like that the story is seen from such a personal perspective that there aren’t any answers to the bigger questions. 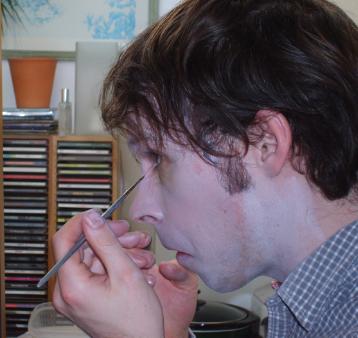 “With Colin though, we asked and answered a lot of questions about who he was, his relationship and his family. We knew exactly where he was going and why. There were actually a few scenes that didn’t make it into the final cut but planning and shooting them added a lot to Colin’s identity. Stuff like a phone call to his Mum before he dies or when Zombie Colin is sitting in the empty cinema he used to go to on his own when he was alive.”

I gather that you've been involved with shuffling, reanimated dead bodies before, on stage: what can you tell me about that production?
“That was a production of Frankenstein I did while at college. It toured Europe and I played Henry Clerval. It was quite a good show but I really always wanted to play the monster!”