In July 2006, Danish actor Mads Koudal’s name cropped up in the cast list of two films that I plugged on the news page. I contacted him through his website and he kindly agreed to answer a few questions.

Why did you go to the UK to study acting?
“Well, I have always had a love for the English language and I thought if I went to study in the UK, I would have a much better chance to get into English language films as well as Danish films. I have also always been very keen on studying Shakespearian theatre. And if you want to ‘work’ with Shakespeare, I guess there is no better place in the world than London.”

What sort of films do you like to make and what sort of roles do you prefer to play?
“First of all I have to say that I like the idea of doing a lot of different kinds of films. It is such a cliché to say, but there has to be a good story. On the other hand, let’s say the story is not perfect - then there has to be something unique or something I have not tried before, something I am little afraid of doing maybe. If you don’t challenge yourself you cannot change, and if you cannot change there is no point in acting.

“As long as I can find something interesting in the project I’m in. If the script has substance to it, I’m not concerned about the genre at all; it can be drama, comedy, horror, musical, sci-fi or western - anything. I prefer to play people that carry a development with them through the film. I’m always open towards portraying stories. The people can be evil, good, ridiculous - whatever - as long as there is a secret, an inner struggle or the like to them. I like progression.” 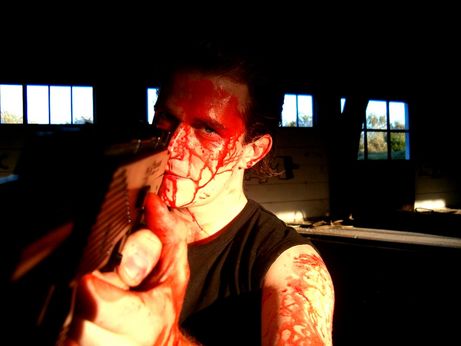 In Jeff Brookshire's Awaken the Dead you have a small cameo as ‘blender zombie’. How did it feel to go from playing leading roles in European films to a very small part in an American film?
“It felt weird because the part was so small in Awaken the Dead, there was nothing I could actually do with the part. I was a zombie... I mean, it’s pretty hard to do research in real life, so I watched a few zombie flicks to get an idea.

“The reason I choose this specific movie was because I wanted to be in an American movie. I lived for a while in Los Angeles and at that time Awaken the Dead was my first part ever in an American production. So I kind of thought if I don’t get any roles at all in Los Angeles ... well, then I could always say that I have played a ‘blender zombie’... ha ha ha! But I must say I did thankfully get other roles after Awaken the Dead and there was a lot more substance in those characters.”

What is your character like in Rovdrift? What can you tell me about this film?
“I’m playing a pretty terrible human being. I’m playing one of these sociopaths that is stalking young girls. In the movie I am the first person the girl meets. During the whole story she meets three really unpleasant guys. My character is walking into a bar where the girl works as a bartender, she is closing down for the night, but my character is a complete and utter scumbag, so of course he is not keen on leaving. Instead he is walking to the bathroom and is just staying there until the girl comes in to kick him out. My character then attacks her physically. So basically the story is about a girl and her meeting with three mostly unpleasant men.” 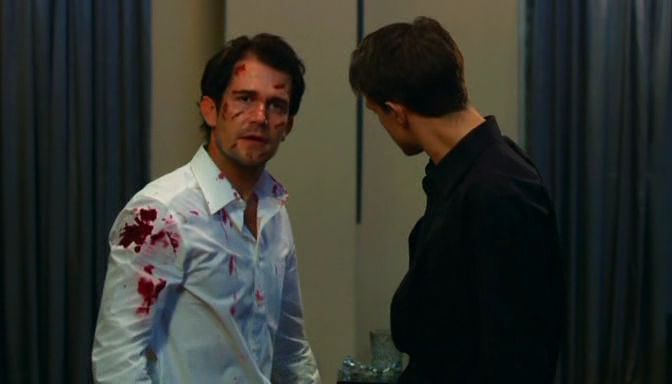 Of all your roles so far, which one is your favourite (and why) are there any you regret?
“That is a tough one... I’ve got three favourites, three movies that mean a lot to me in different ways. One month ago I finished the movie Six Reasons Why in Alberta, Canada. It is a western. I played the part of ‘The Sherpa’, a cowboy whose mission it is to track down a killer dressed in black.

“It was such a great adventure to be on this set. Everybody involved was so talented. We shot on location in the desert, running around with hats and guns - almost like when we were kids... But Six Reasons Why is a lot more than foolish men running around with guns - personally I think it is a really good drama dealing with a lot of emotional issues like loss, revenge and father/son conflicts.

“Another great project I did was a movie called Footsteps, shot in Wales. It is a social realistic tale about loss and what loss can do to people. I play the part of Paul and my character is forcing the lead character, Andrew, into a world of snuff movies and drugs. It’s a very brutal and dark story, but made in a very intelligent way. So far it’s the most powerful thing I have done, because there is no hope for the people involved. This was a really good example of great screenwriting.

“The third one is a Danish movie called Skuespilleren (English title: The Actor) and ironically enough I am playing a Danish actor who wants to go to the US to try to make his way in the movie and theatre industry. There were so many parallels to my own life in this story so in a way it was an ‘easy’ role. At the same time challenging, because I had to bring so much of myself into the part. Of course actors in general bring themselves into the stories, but this was pretty close, I think. The director had a great eye for making the movie really intense, he did a good job. 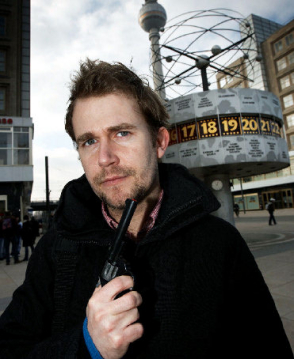 “And no I don’t regret anything - why should I do that? I can’t change it now anyway. I would say though that I have done some things in the past I would turn down now for sure. And another cliché; my choices of yesterday make me the one I’m today.”

How closely is your career following the path you hoped for or expected when you started acting?
“Well, my dream was to work as an actor and be able to do a mix between Danish and English speaking projects. There are a lot of things I still want to do of course. I want to continue to be open minded about choosing projects. I have always been that, and that’s also why I have been working in different genres. And of course, I want to learn something new each time.”