In a few years, Marysia Kay has amassed an enviable collection of indie horror credits, from Johannes Roberts’ When Evil Calls to Ivan Zuccon’s Colour from the Dark, together with Blood + Roses, Ouija Board, The Scar Crow and a whole bunch of other movies. In January 2009 Marysia organised the UK premiere of Ivan’s film which is where I finally had the chance to meet her. Shortly afterwards, I e-mailed her a few questions: How did you get started in acting, and specifically acting in low budget horror movies?
“I had quit a job with an internet company to become a secondary school teacher and then quit teacher training because the school system is such a disaster. So I was somewhat at a loss as to where to go next and it suddenly occurred to me that since I was unemployed and living in London, I was ideally situated to try acting. It wasn't a huge leap, more of a picking up of something I hadn't been confident enough to try when I was younger.

“I used to do a lot of musicals and operas in my teens in Scotland and even did a bit of extra work while I was trying to model. I would have loved to study music or drama but I didn't have the confidence in myself to go for it, so I studied science at University and ended up in computers after. I think I was always headed for acting, I just took the long way around.

“Not really knowing where else to start I turned to Google and found a few online casting sites (Shooting People, Mandy, Talent Circle). One of the first auditions I went to was for the feature film Forest of the Damned (then called Forsaken Forest) in June 2004. Forest was my first feature film, shot in September 2004, and partially responsible for me being primarily a horror film actress, as it did so well.

“I actually went to audition for the roles of Molly and Ally as, having read the description of the Angels (or Sirens as they were called then) as the most beautiful women they had ever seen, I didn't think I was up to the task! But at the audition I could sense things weren't going well - not a big surprise as I had no clue what I was doing - so I asked if I could try for the Angels as well. The nudity wasn't an issue for me as I was brought up not to think of nudity as a big deal.

“It was good to start in a non-speaking role. I think it took me a couple of years of learning by doing before I could really put in a good performance vocally, but physical acting came more naturally to me and I really enjoyed playing the role with its mix of animal and ethereal.

“I do a lot of horror because of Forest and also because there's a lot of horror made at the low budget end of the market. Low budget horror has a strong fan base and people know if they put the effort in people will watch it; you can't say the same for low budget films of any other genre. I'm actually not a big horror fan. I tend to go for action movies, sci-fi, fantasy and musicals. But when I do watch horror I prefer the supernatural stuff and all of the horror films I've done are based on the supernatural.” 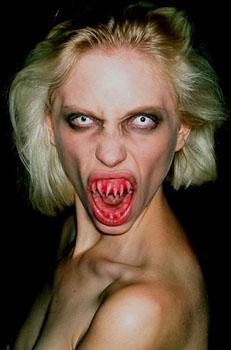 Within the British indie horror scene you have made enough movies that you are now a recognisable name: to what extent is that a help or a hindrance in progressing your acting career?
“I think it's only really starting to kick in. For a long while Forest was the only recognisable thing I had on my CV and I think because it was a non-speaking role and a nude role it was assumed I wasn't really an actor but maybe a model. Then I did a lot of films that never got finished or that are still waiting to be finished or were just too low budget to get noticed. It wasn't till I worked with Jo Roberts again on When Evil Calls in 2006 that I got another line on my CV that actually meant much to people, at least in the world of horror.

“And then in 2007 I got another couple of horror credits that had some press surrounding them and by 2008 I think I was starting to become vaguely familiar. Also When Evil Calls and Forest of the Damned got a lot of play on Zone Horror in 2007/2008. It's becoming more and more common that I bump into people who have caught Forest on TV. Every little bit helps in the acting world - it's really tough. There are so many twentysomething women trying to become actresses. I believe what it takes is perseverance; a lot of people give up after a year or two because it is hard and it can be very frustrating.”

What was Mark Withers' mockumentary Hardcore like to work on?
"That was a fun departure from most of what I do. It's great to do any film, but it's also great to do something different. Actually I only shot for three days on that film - it was a huge ensemble cast and a tight schedule - but I've stayed in touch with quite a few people from the filming. Mark is a lovely guy who likes to push boundaries in his films: in Hardcore he managed to make something really funny while still maintaining the discomfort of the world of porn.

How did you land a role in Colour from the Dark and, apart from the language, what differences did you find making a film in Italy?
“Ivan cast the film through three avenues. He took actors he already knew and had worked with in previous films (Michael Segal, Matteo Tosi and Alessandra Guerzoni) and through Tiffany Shepis (who starred in his previous film NyMpha) he contacted Debbie Rochon to play Lucia. But he wanted more English speaking actors (as the film was to be in English) from nearer at hand, so he used a service called Casting Call Pro to find the rest of the cast. 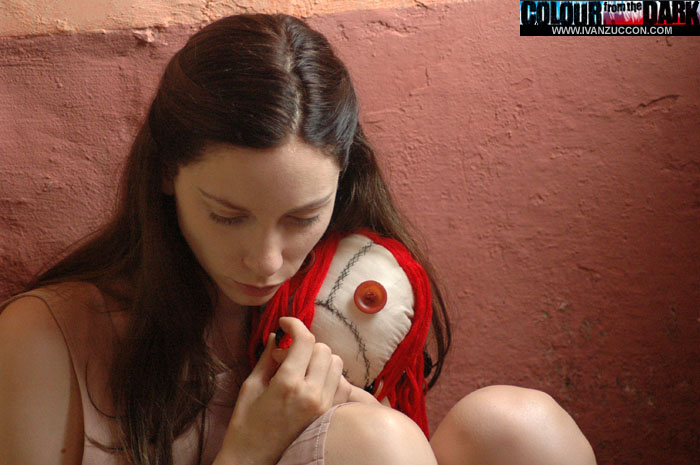 “He sent me a message through CCP offering me the part; there were no auditions as he was in Italy. I jumped at it, it was a great script and it's hard to argue with being paid to spend three and a half weeks in Italy. He found Eleanor James through CCP as well. I assumed originally he'd come across both of us via Forest but apparently not, he found us separately and we both had what he wanted.

“Italian film is very focused on cinematography, which I love. I'm a big fan of long sweeping pans and tracks and real thought being put into the composition of a shot, of shots being beautiful to look at. A lot (though not all) of the films I've done in the UK let things slip when it comes to the filming: shot lists are lost or never finished or tossed aside when the first shot takes five times longer than expected. Equipment is too expensive and time is short so only the basic coverage is done. Most films I do in the UK are shot in two to three weeks. Ivan took a solid five weeks to make Colour and that time makes all the difference. I think the film looks fantastic.

“The language barrier did make things difficult though. Most Italians in the area we shot in speak very little English, partly because all of their foreign TV and films are dubbed into Italian. They watch a lot of American TV but it's all dubbed by Italian voice-over artists who are often quite famous in their own right as the official dubbers of various A-list celebrities.”

Why did you take it upon yourself to organise a London premiere for Ivan's film?
“The official premiere was going to be in Cannes in 2008, and I was going to be there. But technical difficulties meant the film wasn't ready and instead Debbie arranged for a New York premiere in November, which I couldn't make. There was also very shortly after that a last minute inclusion at the Turin Horror Festival in Italy, which I also missed as it was so last minute. Eleanor hadn't been able to attend those screenings either and as I was really proud of the film I decided to have a UK premiere. I thought it would be fun; of course in reality it was a lot to organise. But the film means a lot to me and I really hope it does well for all of us. I'd love to work with Ivan again but he is still organising distribution for Colour and seeking funding for his next film.”

What are your plans for your own film, Hell Hath No Fury?
“I've been thinking about getting into directing for a long time, but I've never been drawn to short film as a medium. I think it was always going to be either a feature or a mini series. A friend of mine brought me a short film script that she wanted me to help her make and I saw such promise in it that I immediately set about making it into a feature script. It's a big project to undertake: there's a lot of action sequences, a lot of locations, quite a big cast...

“I'd like to make something that will get worldwide distribution and make enough money to fund a second film. Something that will stand above its budget, which is currently rather humble. Although so far I've enjoyed writing the script more than the rest of the things involved in trying to get a feature film project off the ground. So I may turn more to writing than directing in the end - I already have several other partly completed scripts tucked away. 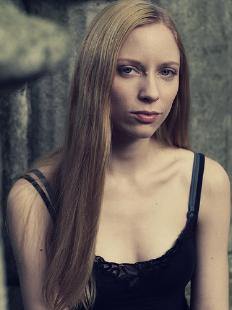 “Right now we need to secure funding. We're looking for another £5-10K over what we have. Currently we're myself, my producer, our production manager and a fight director. We need to pin down a director of photography and a camera operator so we can really start working on logistics and get some decent rehearsal space so we can get stuck into the fight sequences. We're hoping to shoot the first scene, a big fight sequence, this spring and the rest of the film over the summer.

“I do a lot of combat training, particularly sword work, so the original idea was to make something where me and the people I work with could show that off. I have nearly three years of training in combat for stage and film but I hardly ever get to use it. The short already had a supernatural plotline and I brought out its horror aspects when I turned it into a feature. It's about angry women kicking ass and it's about not messing with things you don't understand and it's about learning to forgive instead of holding onto hate and anger. It also has strong pagan themes as I'm Wiccan. It's kind of The Craft for over-18s."