In May 2004, when the live-action Thunderbirds movie was released, I asked Karey Kirkpatrick what had ever happened to the version he was working on when I first interviewed him in 1998. This was his reply by email. 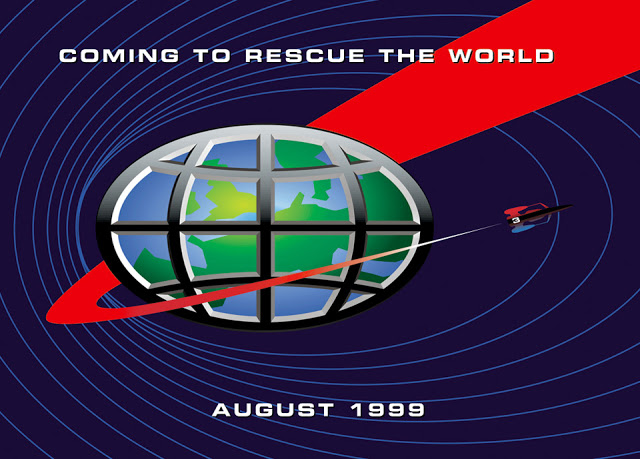 "Peter Hewitt was attached to direct and he wrote a treatment and brought me on to turn that into a script. I wrote four drafts, working closely with Pete and a team of visual development artists in London. We were in what they call pre-pre production. The ships were designed, locations were scouted, some sets designed, several sequences were storyboarded. Casting was discussed but our particular incarnation of the production was shut down before any script went out to any actors.

"I think the movie fell apart for a couple of reasons. One, we were with Working Title when they were being financed by Polygram at the time Polygram was coming undone. So that didn't help. But also, Pete and I were going for a bit of that camp tone that was present in the series and I don't think everyone at the studio was on board with that approach, mostly because of how expensive the movie was to produce. It's tough to write a script like that because camp dialogue actually reads like bad on-the-nose dialogue. And then later I heard they made Alan much younger (in my draft he was 18, in the final film I think he's 14 or 15). So obviously, they changed their target audience.

"Also, the story changed. Pete had created a villain that lived on the moon and was trying to suck the atmosphere off of the earth. I suggested that this felt like a sequel villain and perhaps we should create a story using the Hood as the villain and his main objective is to uncover the secretes of International Rescue. That idea was shot down at the time. Ironically, I think that's the way they eventually ended up going."
Posted by MJ Simpson at 14:48