I had the great pleasure of interviewing Shusuke Kaneko, director of the 1990s Gamera trilogy, at G-Fest 1999, a Godzilla convention in Los Angeles. His other films include Pyrokinesis, the 2001 Godzilla movie GMK: All Monsters Attack and one third of the 1993 horror anthology Necronomicon. Years later, I have unfortunately lost any record of who translated for me during this interview although I'm sure that Norman England had a hand in arranging it. 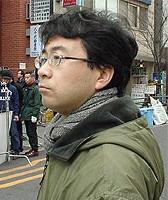 What did you want to put into a Gamera film that had not been seen in the 1960s Gamera films?
“The original Gamera films were for children but I wasn’t keen on them for that reason. So I wanted to make a Gamera movie for adults, a Gamera movie that everyone can watch.”

Was this film intended as the first part of a series, or was it made as a stand-alone film?
“I thought this was just one film when I was making it, but on the day of the premiere, the President of Daiei came to me and said, ‘Please continue’.”

Why did you choose to bring back Gaos for the first film?
“I picked Gaos because I thought that Gamera - just one kaiju - was not enough to attract the audience on his own.” 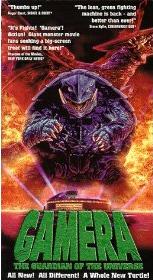 How well have the three Gamera films sold outside of Japan?
“I really don’t know because those decisions are always made by Daiei. According to Daiei, they have sold Gamera for one million Yen.”

Were there things that you would have liked to put in these films but could not because of budget or some other factor?
“I wish that we could have made Gamera bigger. If some of the miniatures had been bigger they would have been more realistic.” 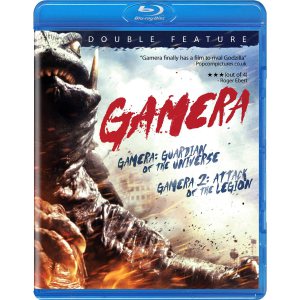 Why has the appearance of Gamera changed over the three films?
“At first I was asked to make Gamera a little cuter because the classic Gamera is always designed for children, with a big head. The face and shape of Gamera in G3 is the closest to the design of the face and body that we originally thought up. After the success of G1, Daiei gave us fewer restrictions so we could get closer to our idea of Gamera, but also in G3 the character and appearance of Gamera is more frightening so that makes the audience more scared of him. I have an excuse about Gamera’s changes because in the ancient age Gamera was sleeping, so day by day, year by year, he awakens. It’s a strange excuse!”

Many kaiju have no real explanation of where they came from. Why did you give Gamera a history connected with Atlantis and so on?
“I think that it’s difficult for people to believe that a giant creature like Gamera could fly. I needed some kind of story, based around ancient history, so that it is easier for people to believe in Gamera’s existence and his flying ability.”

If you had a big enough budget, would you make your monsters entirely in a computer, like the American Godzilla, or are suits and miniatures a better technique?
“I think that monsters are in some ways like human beings and this technique helps us to express their feelings, but on the other hand people can clearly see that there is somebody inside the costume and that sometimes makes me annoyed. I am not very happy about that aspect of the technique.” 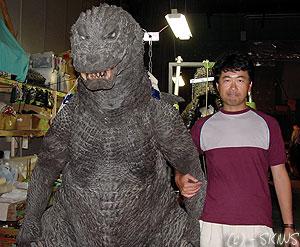 Is Gamera 3 the last Gamera film? If there are more, will you be making them?
“If Daiei ask me to make another Gamera film as my next movie, then I can make it, I can continue the series. I think the reputation of these films and the money they make is not really huge so I do not think that Daiei has made any decision yet.”

If you don’t make another Gamera film, what would you like your next film to be?
“I have not started production yet but I am working on the storyboards. I am also working on the script for an American movie, Guyver 3. And someday I want to make an action movie about giant robots like Gundam!”