I interviewed Brett Kelly by e-mail in August 2008 about his monster movie Prey for the Beast. 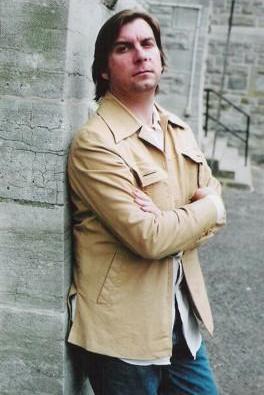 How did you hook up with screenwriter Jeff O'Brien and how did the two of you work together on this film?
“I met Jeff (if you can call the internet ‘meeting’) through the messageboards at Fred Olen Ray’s Retromedia site. I had been looking for writers who were willing to write scripts based on my concepts. I had written the scripts to most of my previous films and was hoping to find someone who was better at it than me. Jeff is a really good writer with a great sense of humour.”

How important was the design of the monster and how pleased are you with the monster suit?
“I'm thrilled with the monster in the flick. I didn't have any part in the design - I asked Matt Ficner to come up with something scary and he surely did. Funny thing - I actually knew Matt back in kindergarten and we went to school together for a few years. I didn't realise he'd grown up to be a puppeteer until I reconnected with him via my make-up FX artist friend Ralph Gethings.”

Where did you find your cast and crew?
“Most of my crew has been with me for years. My AD is a fellow film maker for whom I acted several years ago. My DOP I met through a friend and we hit it off. You never know where they’re going to come from. My key grip Jodi Pittman has been my pal since we were 14 years old.”

What sort of restrictions of time, money, equipment etc. did you have when making the film?
“It's always tough - you have to really love making movies in order to make as many as I have. We're often limited by availability of actors and particularly cash. My trick is to involve people who really love the process - it’s really the only way to do it on time and with no time.”

How has Prey for the Beast been received by audiences and critics who have seen it?
“The reception has been really good. Folks seem to dig that its a fun ‘man-in-a-suit’ monster flick. It's not Citizen Kane by any stretch. The laughter seems to be in the right places at the screenings as well as the screams.” 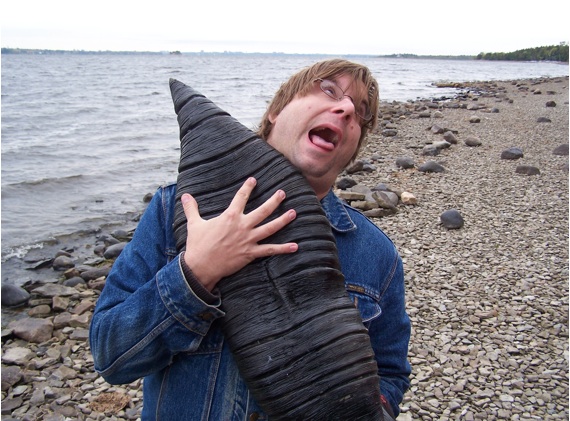 What is the current situation with your remake of Attack of the Giant Leeches?
“That's a slow process at the moment. The flick is wrapped and we're in post-production. Last summer was a busy time for me as I shot not only Leeches, but a pirate film right before that (Pirates: Quest for Snake Island). On my limited budgets, it’s a slow road to get so many flicks posted at the same time. Rapid distributor interest in the film I'm currently shooting (Iron Soldier) is also slowing down the post a little. I'm hoping to hand it off to an editor so I don't have to do so much work myself. It’s always busy in the world of little old me.”