In April 2000 I interviewed Freddie Francis over the phone about his contribution, as ‘consultant cinematographer’ to the short film Ghosthunter. I think this was used for a piece in Fangoria. Seven years later, when I heard that Freddie had passed away, I dug this out and posted it here as my own little tribute to a great cinematographer and a lovely old bloke. 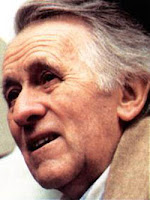 I understand you were the consultant cinematographer on Ghosthunter.
"Well, no. I don’t wish to be referred to as that."

How should we refer to you?
"My involvement was... I mean, you know who I am, I’m sure. I’m the President of the BSC. We have several scholarships in the BSC: there’s a scholarship in the name of Freddie Young, one in the name of Ozzy Morris and one in my name. And the young boy who had my scholarship, Gavin Struthers, has almost finished his course at the film school. I thought he was quite good, so when these people approached me, I suggested that they let my scholarship boy do that. Of course, I was then involved on both sides.

“Unfortunately, as you probably know, the date when I agreed to sort of keep an eye on them, that went back so I wasn’t able to do much of keeping an eye on them, other than supplying them with my lad. And I supplied my gaffer, a man called Maurice Gillett who’s been with me since the war. He was in the army with me, and he’s a wonderful guy. He’s a wonderful guy to keep an eye on somebody, so I put him there to keep an eye on Gavin. So I wasn’t able to get involved at all during the shooting, except that I was able to get down there on the last day." 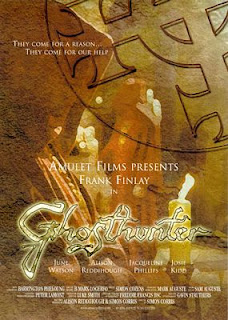 When they first approached you, what made you think this was a project worth lending your name to?
"Well, I always think... I fear for the state of the business in this country. There are so many kids want to get into it; too many kids actually, most of whom won’t get in. But I do think Gavin Struthers is a good lad, and I did think these people were keen, and I thought: get the two of them together and something good might come out of it. I thought it was a worthwhile project anyway. An awful lot of projects I get approached about I don’t touch, but this one I thought ‘Give it a chance’ mainly because of their enthusiasm. Enthusiasm is almost 110% of this business anyway."

Was it important that it was shot on 35mm when a lot of people now use video or DV?
"Not really. I think the source is not important. It’s the ideas supplied by the DP that are the important things."

Have you seen any of the footage yet?
"No, I haven’t. I saw them shooting some, and I gather they’re very keen and they’re going to start editing it pretty soon. So I think they’ll be in touch with me. I think they’re very happy with it anyway."

How does the Freddie Francis Scholarship work? Do you pick who goes on it?
"I think the BSC as a whole get a short list and then whittle it down. I don’t know what’s going to happen after Gavin Struthers finishes his course. Then I suppose somebody else will be allocated to my scholarship." 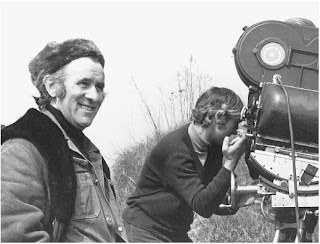 Do you work with the student on your scholarship as a mentor?
"As much as I can, yes. As a matter of interest, at the BSC we do a series of portraits of cinematographers. We film them, and we did a little filmed interview of me being interviewed by Ozzy Morris. And I got Gavin to go on the second camera, so I could keep an eye on how he works. One helps him all one can, you know."

When I saw you at a convention a few years ago, you said you didn’t want to retire because you didn’t want Rainbow to be the last thing on your CV. Now you’ve done The Straight Story, are you going to retire?
"Unless somebody offers me something I feel like doing. I’m not prepared to do just any old film. I did Straight Story mainly because David Lynch is a very dear friend of mine. He agreed to work my hours, and we had a wonderful time doing it. But I wouldn’t just do any film, willy-nilly."