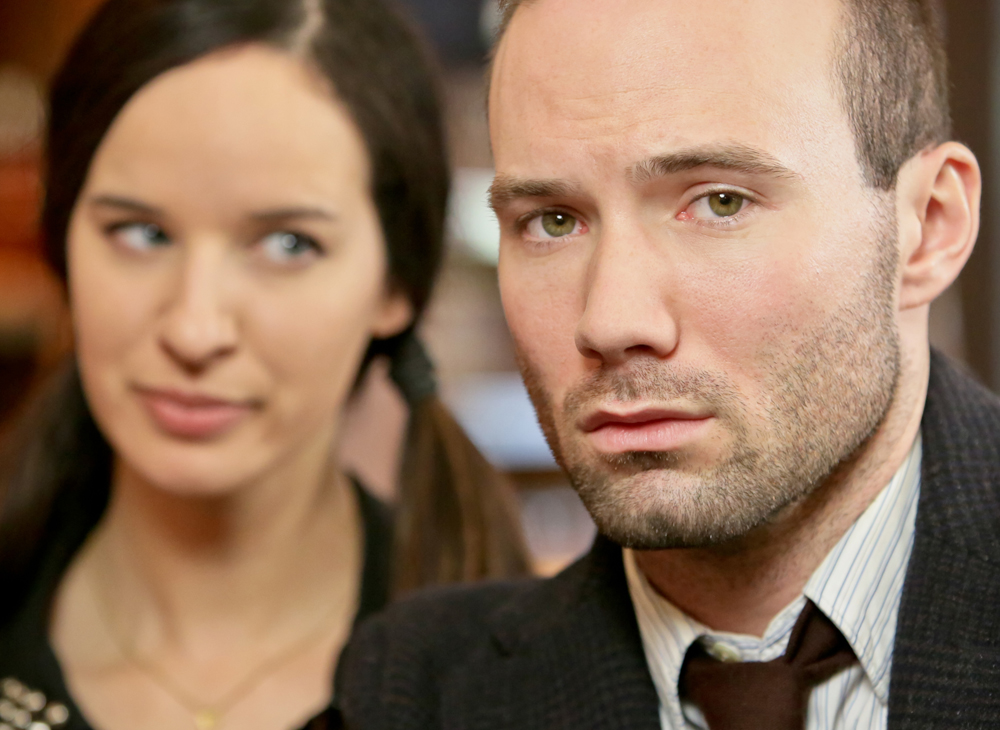 After making The Casserole Club, Steve Balderson directed two lightweight capers about Americans abroad getting mixed up in international crime shenanigans. Culture Shock was shot guerilla-style on the streets of London, The Far Flung Star likewise in Hong Kong. These two films represented a radical departure for Balderson and I would be lying if I said that I thought either really works. However, I can fully understand the catharsis that Steve needed after the intensity of Watch Out, Stuck! and The Casserole Club and hence his decision to indulge himself with a couple of ‘movies’ as opposed to his previous ‘films’.

Well, now Steve Balderson is back with Occupying Ed, a return to (a) form and (b) his home town of Wamego, Kansas. Steve’s body of work is notable for its diversity but his strength has always been in his exploration of characters and relationships. Stuck! and The Casserole Club - and indeed Firecracker and even Pep Squad - explored the relationships between a group of characters in a clearly defined environment (prison, suburbia, travelling carnival, high school). The anomaly in his filmography is Watch Out in which he explores one individual’s internal relationships, collapsing the environment into a single character.

Occupying Ed is something new from Steve Balderson: a romance. Just two characters, one relationship and an anonymous American small town as backdrop. The girl is a free-spirited English chick working as a waitress in a cafe that serves ‘vegan lasagne’. The boy is an uptight tax accountant. It’s an off-the-shelf set-up that is almost iconic of contemporary US indie cinema and this may very well prove to be Steve’s most accessible film since Pep Squad. 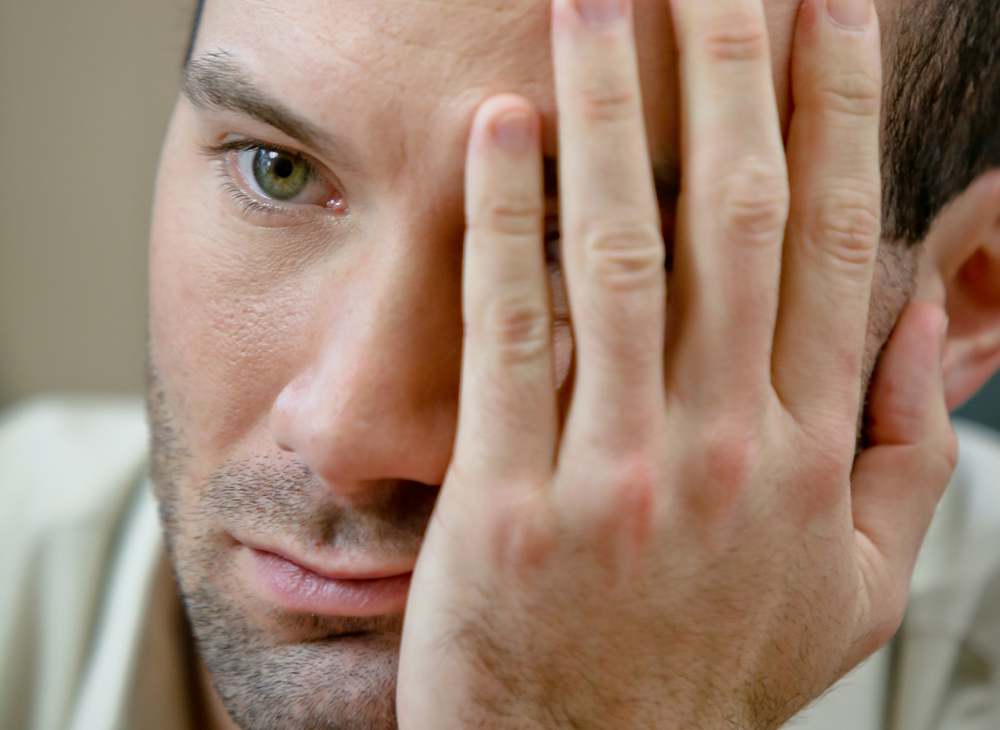 Nothing is ever simple in Wamego. There is a love triangle in this film. Okay, so: three characters, three relationships. That’s fine. That’s been the basis of many, many movies. No problem.

Christopher Sams (also in The Far Flung Star) stars as Ed: mild-mannered, single, thin, clean, white guy. British actress Holly Hinton (also in Culture Shock) is Nicole, the mysterious woman who seems to be stalking him and who possibly has some connection with Ed’s occasional black-outs. Ed is losing days at a time, yet he is apparently still functioning during these black-outs, even still going to work. 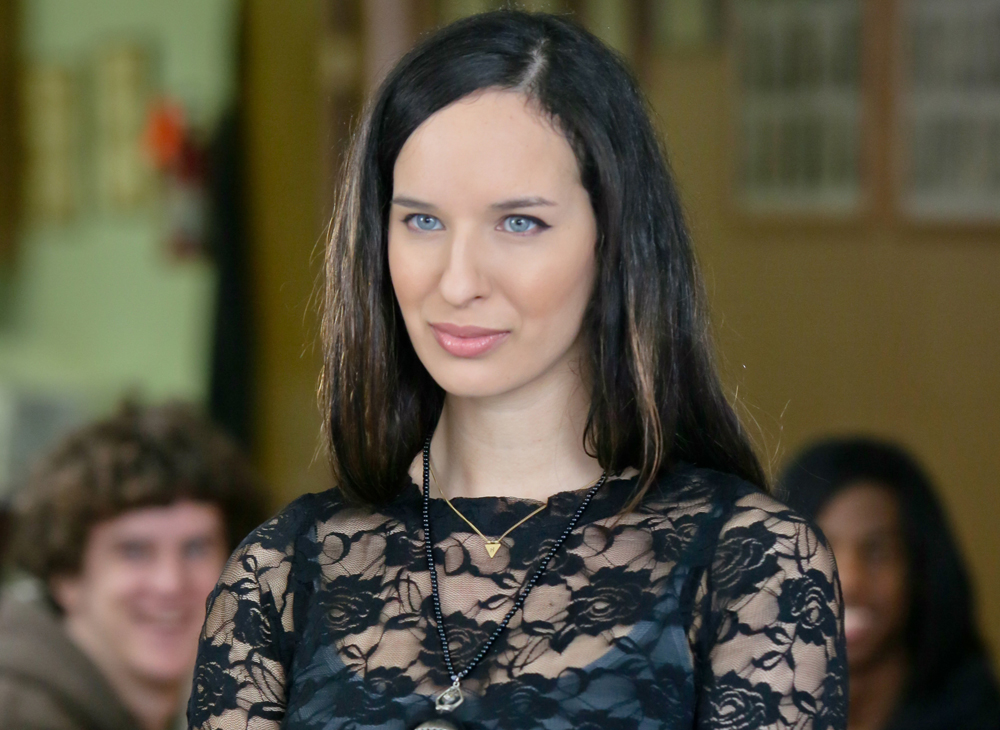 What we gradually discover, as indeed does Ed, is that he has an alter ego, Helena. During those black-outs, Helena takes over Ed’s body. And Nicole is her girlfriend. So there’s our offbeat love triangle. Nicole is in love with Helena, Helena is in love with Nicole, but Nicole shares a body with Ed, whose relationship with both Helena and Nicole forms the focus of this unique love story.

In our first act, at least, there is a glorious ambiguity to this set-up as we - and Ed - try to work out what precisely is going on. Is Ed possessed by someone else’s spirit? Is Helena just a psychological artefact of some sort of mental health problem. Or is Helena the real person and perhaps Ed is the ‘other personality’? Curiously, the story this most reminded me of was Jekyll, Stephen Moffat’s six-part BBC TV updated retelling of Robert Louis Stevenson’s classic. As in that series, there are two personalities sharing a single body who never meet but are aware of each other’s existence through third parties and through the situations they find themselves in whenever control of the corpus returns to their id.

The other comparison that sprang to mind while watching Occupying Ed is the most most famous two-sided love triangle of all: Lois Lane, Clark Kent and Superman. So there are precedents. Sort of. 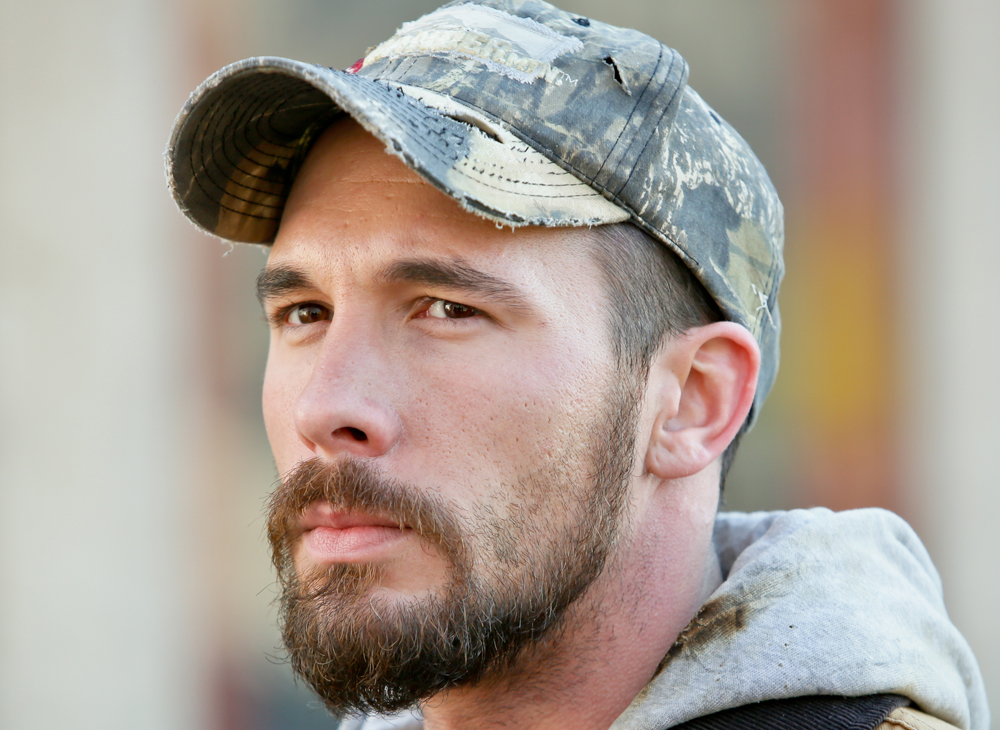 Whether or not we ever meet Helena on screen is something I want to gloss over, but certainly for the first two acts she’s completely absent and everything we - and Ed - find out comes from Nicole and their two social circles. Helena, like Nicole, works in a cafe managed by June (the ubiquitous Pleasant Gehman) - but she is also able to take on Ed’s work at the tax office where his practical-joke-loving boss Bruce (Chris Pudio) says he doesn’t care what Ed wears to work.

In fact, everyone seems very accepting of Helena - she’s clever, funny, good with kids, hard-working - which doesn’t exactly do wonders for Ed’s self-confidence. In opposition to this liberal view is Ed’s older brother Troy (a nicely balanced performance by John Werskey: The Far Flung Star, Bite Marks) who, while certainly not a right-wing redneck nutjob, nevertheless finds it difficult to come to terms with the sight of his brother out in public in a dress. (Not showing us this is a sound move: this is a film which actually benefits from tell, don’t show.) 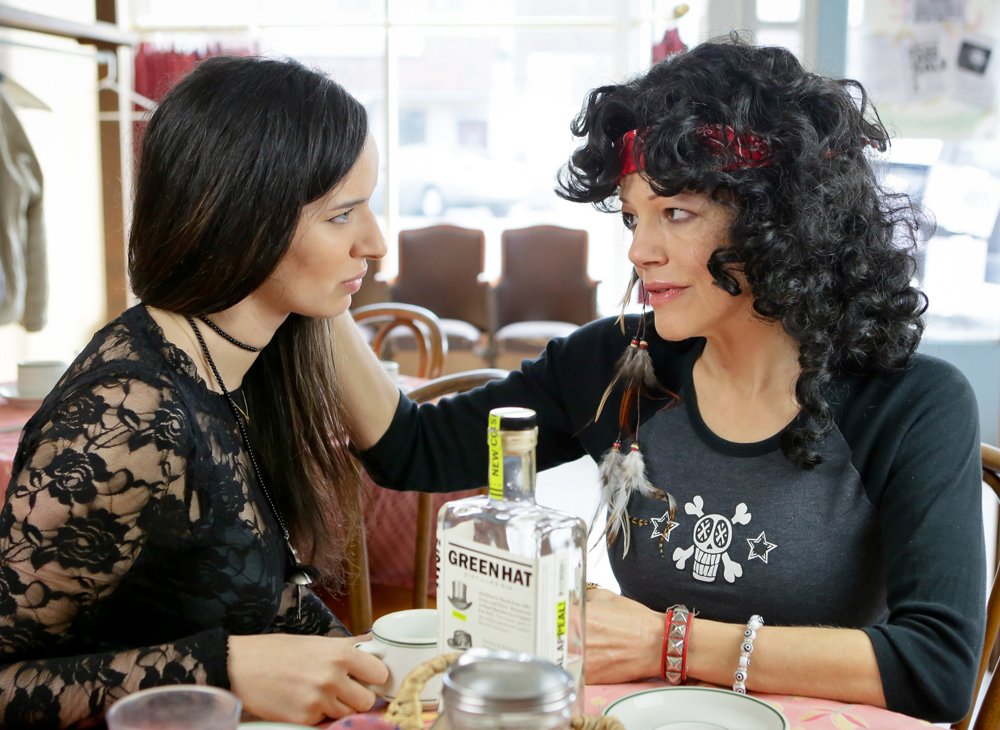 What no-one ever comments on - the elephant in the room - is the, er, physicality of all this. To put it bluntly, Helena has a hairy, flat chest and a dick - which is pretty butch, even for a lesbian. But as with so much else, the glossing over of such details adds to our enjoyment of the storytelling - and to Ed’s bewilderment.

With legislation around same-sex marriage currently being debated on both sides of the Atlantic, Occupying Ed couldn’t be more topical if it came with a free 2014 wall-planner. It’s a film which will play equally well to both ‘gay’ and ‘straight’ audiences (in the sense that those might be defined audience sectors, as I’m not sure either exists in real life). This is exactly the sort of convoluted relationship tale that film festival programmers love and I suspect critics will love it to. It’s a real pleasure to spend an hour and a half in the company of Ed and Nicole (and Helena) and afterwards there is a great deal to think about. Steve’s films always leave one with a great deal to think about but not since Pep Squad has he made a film which could really be described as ‘enjoyable’ (and even that was a black comedy based around jealousy and violence). 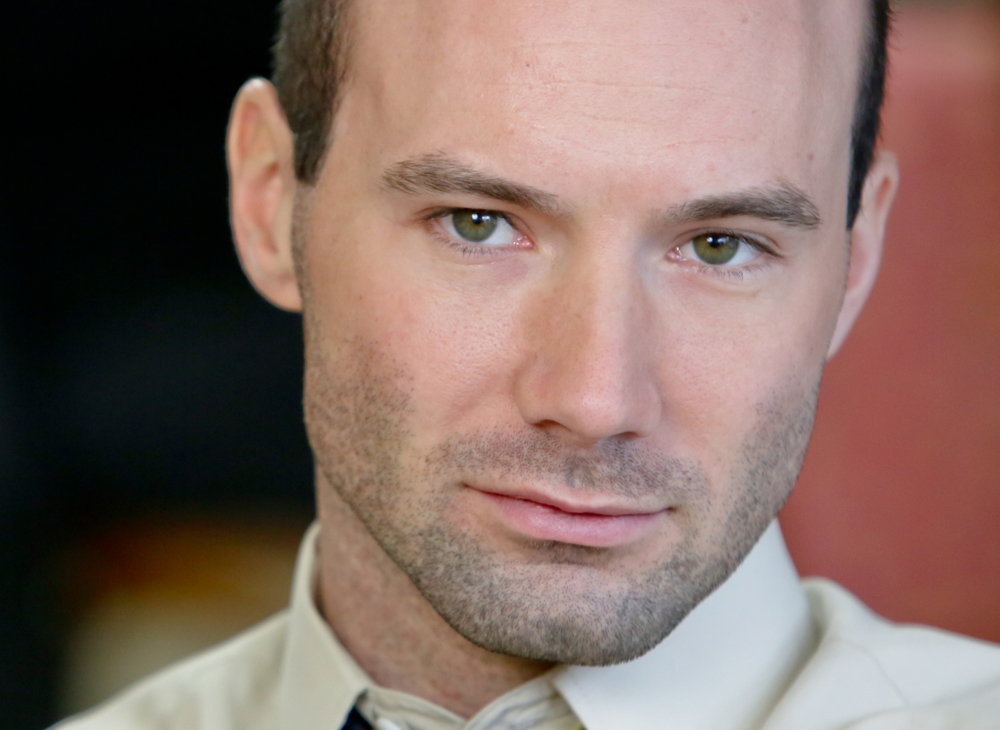 The script for Occupying Ed (originally entitled Part-time Waitress) was written by actor/blogger Jim Lair Beard - and a finely crafted piece of writing it is indeed, perfectly suited to Steve’s directorial style. With an easy-on-the-ear soundtrack of contemporary US folk tunes and expert cinematography by Daniel G Stephens (The Far Flung Star, Anatomy of the Tide), Occupying Ed ticks all the boxes that we expect from a Steve Balderson joint.

Could this be an indicator of where Steve is heading? Perhaps we can see those previous, intense films as thesis, the brace of on-the-run comedies as antithesis, and this as the ensuing synthesis. Perhaps, Steve still being a young man, he is embarking here into the next period of his career, effectively combining his defiantly unique style and approach with the expectations and requirements of cinema-going America (and the world).

From Firecracker to The Casserole Club, Steve has ploughed his own furrow, effectively flipping the bird to established ideas of how you make films and (as the second Wamego documentary made clear) how you distribute films. But something extraordinary has happened. Steve’s iconoclastic individualism has become mainstream, not because Steve has sold out but because, incredibly, the world of film-making has come to him. Years ago he said: I don’t need a distributor for Firecracker, I’ll distribute it myself - and that was seen as a brave move. But now that’s what indie film-makers do as a matter of routine. Not by roadshowing a print, admittedly, but by distributing online. We are all Steve Baldersons now. 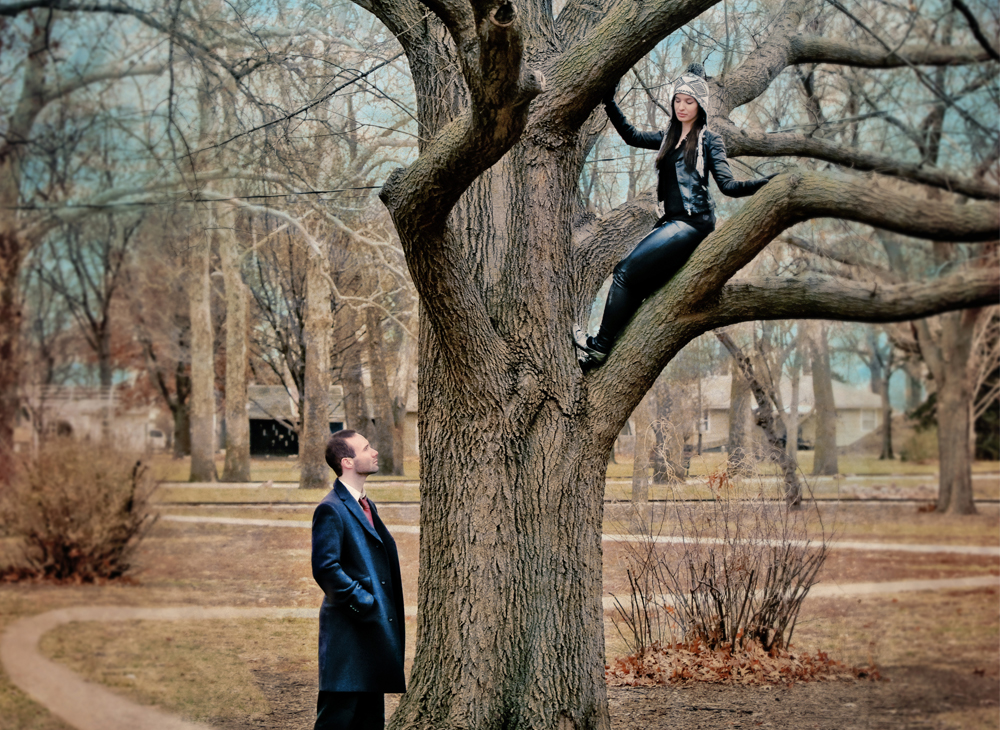 Occupying Ed, meanwhile, is a delightful film, carried by wonderful acting, beautifully sympathetic direction, a word-perfect script and most of all a brilliant conceit. By exploring an idea which (like so much of Steve’s work) is just half a step beyond reality, Occupying Ed broadens its unique subject matter to a whole world of ideas. This isn’t a film about split personalities, it’s not a film about inadvertent transvestism, it’s not a film about part-time waitresses or small-town America. It’s a film about life and love and sexuality and gender and identity and acceptance. Big issues but not presented in any simplistic or didactic way.

Following his brief diversion to England and China, it’s great to have Steve Balderson back in Kansas, working at the top of his game, making what could conceivably be his best film so far. He has been on an awfully big adventure, but there’s no place like home.

Email ThisBlogThis!Share to TwitterShare to FacebookShare to Pinterest
Labels: 2013, USA