Sometimes it seems like I've spent most of my career writing about Paul Hyett's effects work, who has more mentions in Urban Terrors than anyone else. Back in 2008 I did a fairly lengthy interview with Paul for Fangoria about his work since The Descent. In June 2013 we finally met at the press screening for Paul's directorial debut, the fantastic The Seasoning House. The following week, Paul kindly answered a few questions by email. 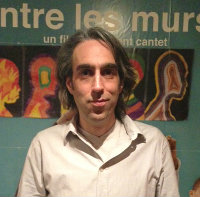 Why was last year the right time for you to make the move into directing, and how long had you been working up to that?
"I had been wanting to direct for a good few years, probably about five years or so. I've been doing prosthetics and creature effects for over 18 years and really been wanting to direct for a while. Michael Riley and I had been friends since we did a film together about 15 years ago and over the last five years or so we had been talking about my directorial debut, and we started to seek out a project for me to direct. The first was to be The Black Site."

Why did you make The Seasoning House rather than The Black Site?
"With The Black Site, the budget had been circling the £1.5-£2 million mark (its quite an ambitious war movie) and we felt it really wasn't going to happen at that budget on a first time, unproven director. So we decided to make a smaller budgeted film, more contained, to show that I could handle a bigger, more ambitious film. We hope to tackle The Black Site at a later date." 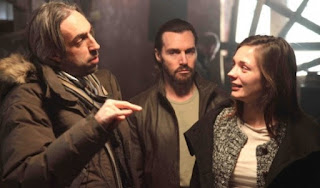 I was surprised to see that many of your department heads hadn't worked with you before: how did you select them?
"Adam Etherington the DOP is at the same agency I'm on for prosthetics and we met up and he really got what I wanted to do with the film. The whole look, the way I wanted to shoot it, was crucial and Adam really understood the whole beautiful but nihilistic look to the film I wanted. Elle Baird the make-up designer had worked for me on a lot of films in the prosthetics department. Caroline Story the production designer, she had such an amazing feel for the seasoning house. She had a lot of ideas about the textures and colours. Raquel Acevedo the costume designer really worked miracles to be able to give all the characters their own identity and personality as well as populating an entire village. Both Caroline and Raquel were from Mike's last film and Christiaan Forbe De Jonge, the 1st AD, I had used on my trailer for The Black Site. Conal Palmer was the co-writer and prosthetics supervisor and Filmgate the VFX company I had worked with many, many times. And John Moolenshot the construction manager I had worked with in South Africa on Doomsday. I had worked with just under half of the crew before. I was really lucky to get such a good cast and crew." 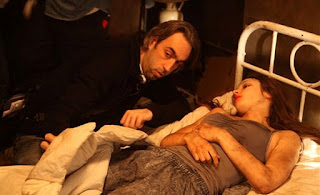 Reviews have been very marmite: people love this film or hate it. Would you rather have had a positive but lukewarm response or does the polarisation of opinion mean you're doing something right?
"I was speaking to Mike about this the other day, he loves that opinions are so divided, that it really is such a love or hate reaction, and he feels that means you've made a more interesting film. As a director it's always hard when you get negative reviews, but you have to take the bad ones with the good ones. When you make a film so dark and harrowing, and about such a dark subject matter which people would rather not face, then you put yourself in the line of fire. Not everyone is going to like it."

How much involvement were you able to have with the make-up effects while you were directing?
"Well, the make-up effects were all made at my previous workshop, we were making them all on the side of other jobs that were happening at the time so I always had an eye on them, but Conal Palmer the prosthetics supervisor knew exactly how I wanted them as he's worked with me for many years on most the films I've done in the prosthetics departments. It was actually really easy for me as I knew exactly what I was getting and how to shoot them, and easy for Conal as I wasn't ever going to ask him for something he didn't have or ask for something impossible (as usually happens with directors)." 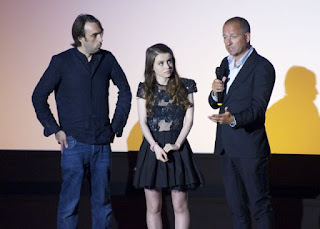 There was a mention at the screening of a trilogy: can you elaborate on that?
"Well The Seasoning House is part one of a war-themed horror trilogy Mike and I are planning. They are very different stories, different war zones, different conflicts with different characters and themes. But they all revolve around the horrors of war. And all are very different from each other. The Black Site is the next in the trilogy. It's very much a Jacob's Ladder/Manchurian Candidate type of psychological horror.