Ron Ford has established a niche for himself, and a reputation, as a reliable creator of low-budget, independent films. Since 1994 he has written and directed (and produced and edited) nearly 20 films and has acted in many more. Among his best known movies are Mark of Dracula, Hollywood Mortuary, The Crawling Brain, V-World Matrix and the subject of this interview, Dead Season. 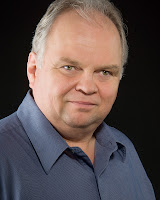 What circumstances led to the production of Dead Season?
“William Combs was a fan of my movie Hollywood Mortuary, and was also a friend and fan of its star, Randal Malone. His dream was to produce low-budget horror movies, and when he fell into some money, that's just what he did. He came to me and said he wanted to reassemble the Hollywood Mortuary team and finance a Randal Malone vehicle which I would write and direct. That collaboration became The Crawling Brain, which was the first movie I made which I felt eclipsed Hollywood Mortuary as my favourite work. It pretty much is the movie saw in my head, and I was quite pleased with it.

“Combs was so pleased with the picture that, even before he had a distributor for Brain, he decided to finance a second picture. Another vehicle for Randal Malone. We both wanted to try for something a little more dense and less campy. And William had a title in his head that he had always wanted to use: Dead Season. Well, that made me think of The Shining, a story that takes place at a hotel during the off season, when it is closed down. A lonely image indeed. I thought the location we had at our disposal would make a serviceable Bed and Breakfast, so that's what the hotel became.” 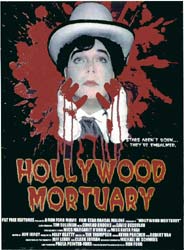 Was there anything you achieved with Dead Season that you haven’t achieved before, or which marks a progress from your previous films?
“Yes, I was much more loose in story structure here than in the past, allowing the story to find its own way rather than forcing it to conform to the normal three-act structure. I was much more conscious of the themes I was exploring. My focus was on them and the characters, not on finding places for shock scenes and excuses for exploitation elements. Normally, I am hired by a distributor/producer who wants a specific project to pigeonhole in the marketplace. Combs set me free and told me to make as good a movie as I could, as long as in it there were a few moments he could put into a trailer to sell it as a serial killer movie.

“It is a serial killer movie, but one turned inside out and inward on itself. The focus is not on the acts, or even the psychology of the killer, but on the people it affects and the unknown cosmic forces which brings them all together. Most of my other movies have been an attempt to make something fun, fast and entertaining only. Here, I went out of my way to indulge myself personally, knowing that my vision had plenty of payoff for the audience, too, and that nobody would leave bored.”

Was there anything that you wanted to achieve but couldn’t?
“No, it was conceived for this budget and was executed exactly as planned. I am really very pleased with it. If we had more budget we could have expanded some things and done them in a bigger way, but like I say, it was planned for this budget, so I didn't feel compromised.” 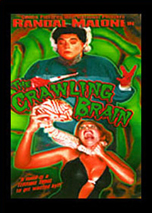 On a low-budget movie like this, how many drafts does the script go through before shooting, and what sort of changes were required once production started?
“Normally, on my own movies, I do two drafts. Same here. When I write a first draft though I am constantly moving back and revising things as I progress forward. I do that so much that I do feel my first drafts are more like third drafts. The first draft of Dead Season, the actual kill scenes were much more conventional; your typical serial killer movie-type suspense scenes. Combs thought the rest of the script was better than that and asked me to tone down the blood and do something different with the kill scenes. And am I glad he did, because it forced me to rethink it.

“That's when the scene with the philosophical lovers evolved; them discussing the nature of the fabric of reality just before they are slaughtered in their bed. It opens the movies and sets up the themes in a pretty unique way. Another kill scene that was changed was the one with the fighting couple, where the man murders his wife and then becomes a murder victim himself. Again, that was a more conventional stalk-and-kill scene originally. I decided to dispense with traditional suspense altogether and go for some kind of twisted, psychotic irony with those scenes.” 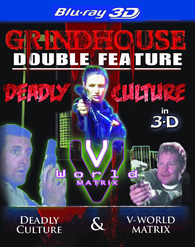 What is the reasoning behind casting ‘guest stars’ like Joe Estevez and Margaret O’Brien - is it just for name value?
“Name value and because I could. Doesn't hurt in selling the picture, and gives it more class than your average micro-budget shot-on-video movie. Plus, they are both friends that I adore and adore working with. Joe is an intense actor who is never used very well. He's great when he gets fierce and intense, so I wanted to exploit that, also.”

How content or frustrated are you, working at this level of film-making?
“If they can all be like the movies with Combs, I would be content the rest of my life. He gives me freedom and sufficient resources to do a credible job. The frustrations have been great working for others, though. They want what they want, so the creative freedom is much less. I feel, however, that I have been pigeonholed as somebody who can reliably deliver a marketable picture, and people have come to depend on me for that. Of course I would like to move up to larger budgets and bigger rewards. Until then, I will keeping plugging away, making movies any way I can.”