When I interviewed Anna Walton on the set of Mutant Chronicles in June 2006 she was an unknown actress getting her big break. By the time that the film opened in October 2008, she had starred in Hellboy 2 and was filming the big-budget TV series Crusoe (created by my pal Steve Gallagher) as well as making a rather good little vampire film. 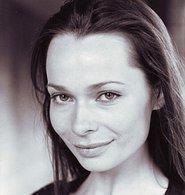 Tell me about your character.
"I play Severian. She is Samuel’s protector. She’s grown up in the Monastery with Samuel. She’s never left the monastery, she has been brought up knowing that her perfect duty in life is to be ready for this moment that has arrived in this film, that the Chronicles have predicted. So her job is to go along with Samuel on the mission and protect him, basically. But he’s also a sort of father figure to her. He’s brought her up and taken her under his wing."

How did you get this role?
"I auditioned for it."

What attracted you to this film?
"Firstly the role. I was very interested in the role and the fact that she’s also taken a vow of silence. I was very intrigued to investigate that."

So you don’t have any dialogue?
"No, she breaks it! Samuel dies about three quarters of the way through the film and then she breaks it. I was very interested in that, in playing someone who has taken on that massive thing and what it does to your other senses and all that kind of thing. Also just because of the script, which I was really interested in because it is a sci-fi action movie but it resonated with me quite deeply. It felt quite a special film about genre because it has such a strong message underneath all the action. It’s very contemporary, it’s about war, it’s about how we’re ruining our planet. I think that’s something very important at the moment." 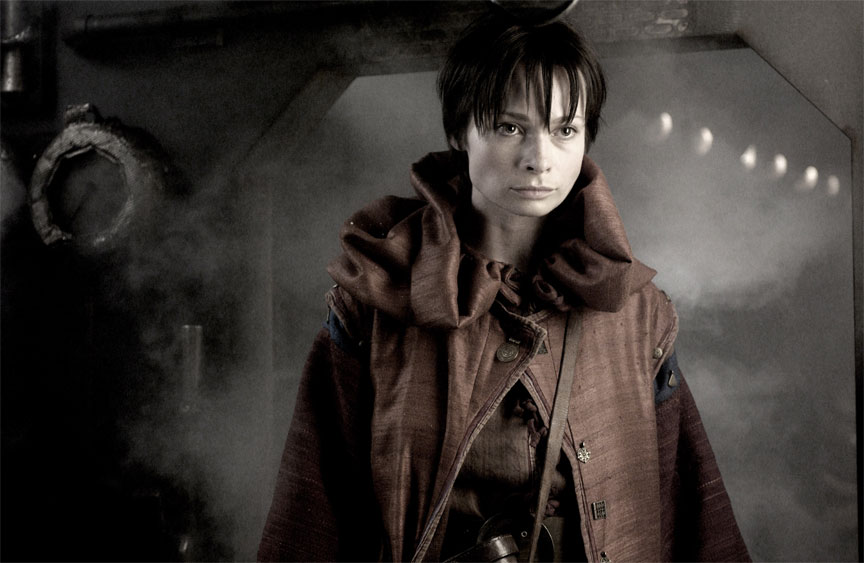 Are you doing any stunts?
"Yes, I do lots and lots! She’s a highly skilled swordswoman so I’m training hard for that. There’s some sort of rope work; I climb anyway so that I think will help. Lots of climbing and lots of jumping around."

How do you cope with the fact that so much of the set just isn’t there?
"I’ve never done that before and I was very intrigued by that. I’ve done a lot of theatre, my training is in theatre, and I liken it to that really because theatre imagines everything. You don’t have anything in theatre. So I think of it like that. You still get more than you would in theatre on a set like this and actually they have made as much of the set as they can for each scene."

Have you done many other films?
"I’ve done one other film called Vampire Diary which is going to be released this year. It’s an independent, produced by Margaret Matheson and Mike Riley and Bard Entertainment. It’s a horror movie and I get to play a vampire in that."

With the teeth?
"No. It’s a long story but she’s had them taken out. But this is my first big film. It’s a bit of a break for me and it’s a really exciting thing to start my film career off with. I’ve done some short films and I’ve done theatre and some bits for television. I graduated two years ago from Upton School of Drama." 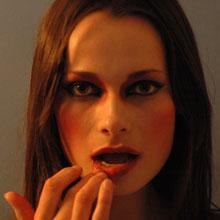 How is Simon Hunter as a director?
"He’s wonderful. He’s great to work with and he’s so generous with his time. Very willing to listen to your questions and your input which is really nice."

You’ve got some big names and some very experienced actors in the cast.
"For me, as a very inexperienced actor, I feel very lucky to be working with all the cast because they are experienced. Every day, just watching and learning. Everyone’s very kind and I can ask them questions. It’s really nice, being able to watch them work.”
Posted by MJ Simpson at 17:46