I interviewed Julian Richards years ago for SFX when Darklands was released and again for Fangoria when he made The Last Horror Movie. This e-mail mini-interview was done in April 2006 when it was revealed that a 'Director's Cut' of Darklands was in the works. 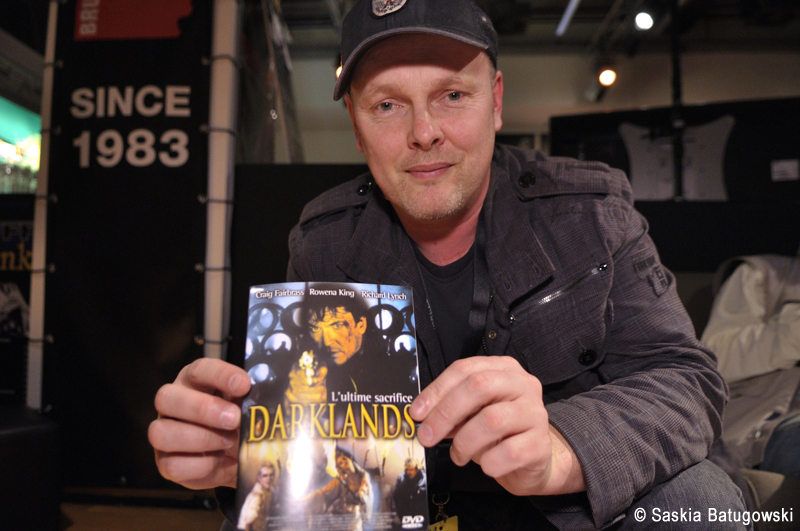 How have you been able to get the rights to recut Darklands?
“UK rights originally belonged to Metrodome Films, but when Paul Brooks left for the US, he sold the production company (and its assets) to new owners who quickly shifted its focus from production to distribution. Hence Metrodome Distribution. International rights were controlled by a seperates sales company, Victor Films, who sold Darklands for DVD distribution in Asia and Europe. Victor liquidated in 2002 and international rights reverted to the production company - Metrodome. I met Metrodome last week and negotiated a contract to represent world sales through my new sales company Jinga Films.

“This ended a very frustrating period (2002-2006) when many distributors of The Last Horror Movie were also interested in Darklands, but nobody knew who controlled the rights. I was approached by several North American distributors, but was unable to close any deals because of this rights issue.

"You might also like to know that Jinga Films is also representing Wild Country and we are close to signing a North American distribution deal. Wild Country will have two screenings in Cannes and we will be looking to close this deal at the market."

What are the differences between the two versions?
“Darklands - The Director’s Cut is probably a first, in that it is several minutes shorter than the original version which was often criticised for being slow to start. Benefit of hindsight is always a good thing, so I took the film back into the editing room and pruned and juxtaposed several scenes in the first 45 minutes. Overall, the changes make for a much more entertaining watch. I like to think that it's a genuine director's cut rather than some contrived marketing ploy. It's a director revisiting and improving his work as opposed to including deleted scenes on the basis that there has been some pseudo dispute between director and producer.”

How much is this based on what you originally wanted the film to be like and how much is influenced by what you know now as a more experienced director?
“It's all about the latter. When you make a film you become extremely close to it and there is often little time in post production schedules to distance yourself from the material. It's now ten years later and I have directed another two feature films, so it's great to able to revisit my early work and bring to it what I know now.” 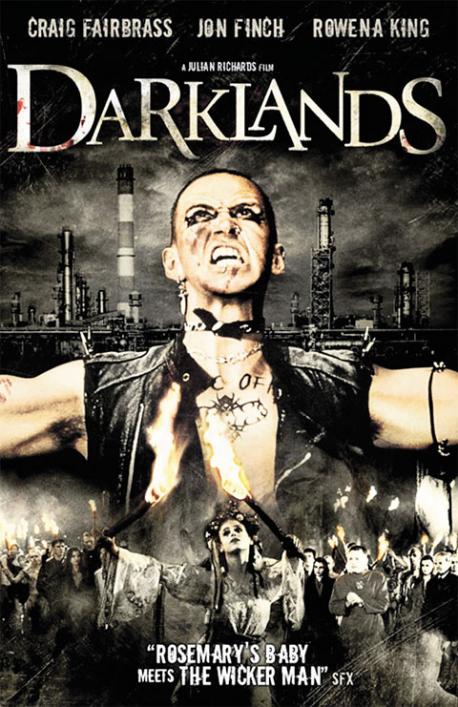 Will we see this new version on DVD?
“Definitely. Metrodome Distribution are already planning a UK DVD release. And today I have begun negotiations with a very established North American distributor for a US DVD release. After the success of The Last Horror Movie the timing couldn't be better. American genre fans are eager to discover my previous work and the forthcoming release of Neil La Bute’s Wicker Man remake as well as the Omen remake will clearly add interest to Darklands and its subject matter. Some people might go as far to say that Darklands was the first Wicker Man remake!”

Any other news on other projects?
“Dewi Griffith, producer of High Stakes, who was also the location manager on Darklands, will be line producing my next feature Summer Scars which will star Kevin Howarth and shoot in Wales this Summer... A gang of school truants come of age after being held hostage in the woods by a schizophrenic. It's a very dark thriller in the mode of Larry Clark’s Bully and Shane Meadows’ A Room for Romeo Brass. Kevin plays the schizophrenic.”