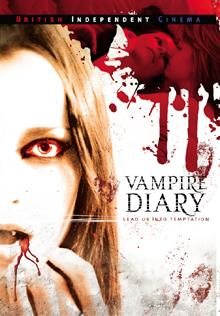 Lesbian vampires - it’s a surprisingly extensive but unsurprisingly disreputable cinematic subgenre. It all dates back to J Sheridan LeFanu’s classic tale ‘Carmilla’ of course; then you have Hammer’s ‘Karnstein trilogy’, all loosely based on ‘Carmilla’. You have pretty much everything Jean Rollin has ever done and a number of Jess Franco films and Daughters of Darkness and Vampyres and the list goes ever on, eventually disappearing into a murky mass of ultra-low budget crap starring Misty Mundae and chums.

It’s a sort of lowest common denominator movie which simply can’t lose. You get two or three reasonably attractive young women, strip ‘em naked, give ‘em some plastic fangs bought from the local joke-shop and then film them licking and stroking each other. Edit it together into about an hour of softcore footage, tag on ten minutes of opening and closing credits so that it just reaches that magical, Blockbuster-friendly seventy minutes - and hey presto. There is someone, somewhere who will buy that crap. Over and over again.

Vampire Diary, while it is admittedly shot on video and is indeed about two lesbians, one of whom happens to be a vampire, is about as far from the typical ‘lesbian vampire film’ as it is possible to get.

Holly (Morven Macbeth) is a (straight, non-goth) video maker shooting a documentary about ‘weekend vampires’, four friends who are part of the goth/fetish scene and who actually like to pretend they are vampires, with little fake fangs and everything. It’s mostly all in fun, a bit of dress-up that goes just a little further than the normal leather, latex, eyeliner and mascara, although some of the ‘weekend vampires take it a little further still by ‘exchanging’ - cutting themselves for others to drink their blood. Weirdos, the lot of them. 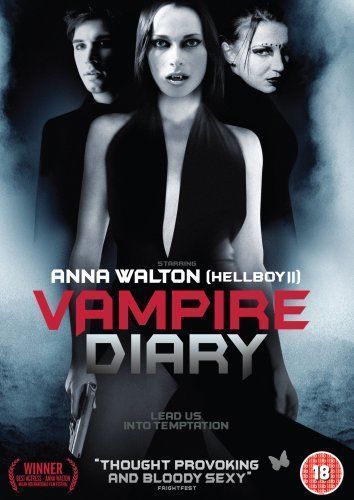 The contrast between ‘vampire’ sub-culture - all Anne Rice novels and Sandman tattoos - and real vampires has been explored before in Jake West’s Razor Blade Smile and in ‘Vampirology’, the best-remembered episode of horror anthology Urban Gothic. As it happens, the lead character in ‘Vampirology’ was played by Keith-Lee Castle who is also Eddie, one of the weekend vampires in this movie. He must have a thing for such roles because he plays Count Dracula, the main character’s father, in BBC kidcom Young Dracula. And he was in a vampire-themed episode of bonkers Canadian-German SF series Lexx, although he only got to play Renfield in that one.

Eddie is a DJ and a bit of a poser, the others are jack-the-lad Brad (Justin McDonald, who was in an episode of Torchwood), sensitive Adam (Jamie King: The River King) and vivacious, voracious Haze (Kate Sissons). One night, when they’re having a little party at Holly’s flat, they are joined by a girl name Vicki (Anna Walton: The Mutant Chronicles, Hellboy 2). Not quite as goth as the others, she seems to have arrived with Eddie but is actually new to the area, as Holly discovers when she reluctantly allows Vicki to crash over.

Over time, Holly’s defences break down. After Eddie is found murdered, she shrugs off Vicki’s hand-on-shoulder with, “Are you trying to console me or fuck me?” - but not long afterwards the two become lovers.

There is a sex scene, actually I think there are two in the film, but they’re very tasteful and while the sight of two young ladies making love cannot help but be arousing, if you’re looking for a lesbo movie to get your rocks off, this ain’t it. The sex scene is also where one of the movie’s conventions breaks down somewhat, which is that everything is seen through the eye of a video camera. 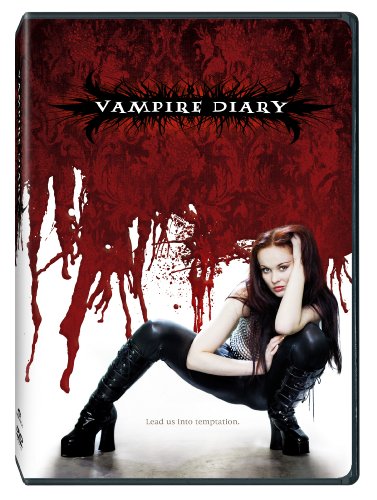 Holly carries her camcorder around with her wherever she goes and there are lots of elements that try to make this look like ‘real footage’: blurred or badly framed shots, wobbly shots that end with the camera being placed on a table, crazy movement as Holly runs. Vicki, for reasons which are never explained, also carries a camcorder and there are some conversations between the two when they stand facing each other, camcorder in hand, and we cut between them like a lesbian horror version of Peep Show.

Although this post-Blair Witch conceit is maintained for the bulk of the film, there are some sequences when we just have to let it go and the sex scene is one. A single, locked-off, left-the-camera-running shot would not have worked so we get a montage of angles and close-ups and just have to accept that it’s what it would have looked like if the ladies had been nimble enough to control several cameras and a live edit suite while they were enjoying the delights of sapphos.

Holly wonders where Vicki goes, late at night - and when Brad goes missing, she starts to suspect. What surprised me was that the revelation of Vicki’s vampiric heritage is not the climax of the film but merely a development about halfway through.

Vicki, we learn, is a real vampire. She has no fangs - they were removed at the age of nine and she casts a reflection and can walk in daylight. Vampires are biological entities, not supernatural beings. They live on the fringes of society, feeding on the lonely and dispossessed. And they need human blood to survive.

In a particularly clever twist, Vicki’s preferred method of despatching her chosen victim is a bolt-gun of the sort used to kill animals in slaughterhouses. I like that idea: it’s a quick, clean kill which allows her to then feed at leisure rather than trying to fight someone, and it requires no ammunition.

Because Holly is now in love with Vicki, she seeks to help her rather than hand her over to the cops and gradually the two begin a downward spiral of destruction with further developments only making their life harder. The relationship and situation are both beautifully observed and we completely accept Vicki’s story - because we’re watching a vampire film. It’s only near the end that the prospect is raised: has Holly - have we the audience - been suckered into believing vampires are real by the charismatic lies of a simple psycho with a taste for blood?

Vampire Diary (shot under the title Vampire Video Diary) is a moving, thought-provoking, occasionally gruesome horror film. That it has a gay relationship at its centre is almost incidental. This would work (although not as well, I suspect) if it was just a Thelma and Louise-style friendship. To be honest, you would need to be an extreme homophobe to not enjoy this is you’re a fan of gritty British horror.

While many films have a director who shares writing credit, this one has a writer who shares directing credit. It’s not clear how Mark James and Phil O’Shea shared out the helming chores but only O’Shea (who wrote Spirit Trap and episodes of Ivanhoe: Dark Knight) gets a writing credit. James’ previous credits seem to all be documentaries, including one about Vincent Van Gogh. Executive producer Margaret Matheson has overseen everything from Sid and Nancy to Space Island One; the other ex.prods are Robert Bevan and Keith Hayley who both worked with Julian Richards on Summer Scars. 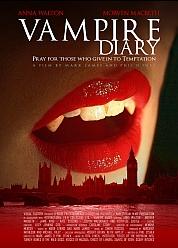 Robbie Drake, whose credits include Max Headroom and Nightbreed, provides the prosthetic effects while all the goth hair and make-up was designed by Janine Murphy Franklin. The small amount of CGI blood and stuff was provided by Nick Forshaw (Captain Eager, Jeb's Jobs). Also in the cast are Rupert Baker (London’s Burning) and none other than Hardware/Dust Devil director Richard Stanley who appears in a flashback. (I thought that might be the IMDB up to its old tricks but the producer of Vampire Diary assured me it's the guy.)

The movie premiered in March 2007 at the London Lesbian and Gay Film Festival and has been released in the UK by Peccadillo Pictures who specialise (albeit not exclusively) in gay-themed films including an obvious companion piece to this one, gay werewolf chiller The Wolves of Kromer.