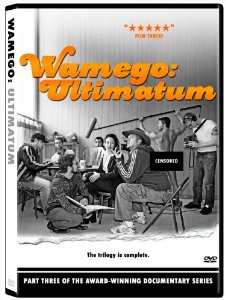 It’s an unusual and oddly self-reflexive filmography which in another film-maker might suggest desperation or confusion or even a massive ego. But for Steve a filmography like this is entirely appropriate. Steve is a unique film-maker, so far outside ‘the system’ that one cannot help but feel maybe it’s the system that is outside him. Perhaps Steve is the only one marching in step. A unique film-maker should have a unique filmography and should (of course) make unique films. Of which this is one. Another one.

But this is also the third in a series of films, following on from Wamego: Making Movies Anywhere, which chronicled the production of Steve’s masterpiece Firecracker, and Wamego Strikes Back which documented the distribution of Firecracker. Is Wamego: Ultimatum the final part of a trilogy or simply one more in a potentially endless series of reality-based films?

In one sense this is a return, after Part II, to the more straightforward Making Of format. Except that Wamego: Ultimatum is much, much more than a Making Of. Every two-dollar indie flick has a one-dollar-fifty Making Of nowadays. They’re not even featurettes any more; it has become standard for the Making Of to be as long as (or longer than) the film it’s actually about. Of course, very few film-makers would have the balls to market their Making Ofs separately; Steve does so because the Wamego films (named after his tiny Kansas home town) are not simply adjuncts to his narrative films, they are movies in their own right.

To get down to brass tacks, Ultimatum documents the development, casting, production and release of Watch Out, Steve Balderson’s film version of Joseph Suglia’s almost unfilmable novel of extreme sexual self-obsession. Steve shot this in Wamego in April 2008, taking the finished film on a roadshow tour before the year was out, a distribution technique which had been previously used for Firecracker.

Peppered among the actual documentary footage and talking heads (including Balderson and Suglia who never met until after the film was complete) are occasional, randomly numbered ‘film-making tip’ captions which for all their apparent facetiousness (“Get your cast and crew a discount at the local liquor store”) are actually well worth noting and paying heed to. What is largely absent from the film, curiously enough, is actual footage of Watch Out being shot or rehearsed. Probably because that’s the least interesting part of how Steve makes movies.

Instead we meet the cast as they arrive, one by one, for their allotted stay in Wamego. There’s none of the usual asinine “Oh, I love this film, I’m so excited, everyone here is wonderful, the director is a genius” bullshit that normally characterises this type of thing (actually ‘asinine bullshit’ is a mixed metaphor, isn’t it?). Which is not to say that cast and crew aren’t complementary about young Mr B and each other.

In fact, they’re all very friendly. “There sure is a lot of faggotry going on in here!” is one of the more memorable lines, said deliberately loudly near an open window in the hope of shocking the God-fearing Kansan neighbours. You do start to wonder, after a while, whether there were any heterosexuals working on this movie apart from father/producer Clark Balderson. But flamboyancy is held in check, smut is muted (at least within the documentary) and what emerges is certainly not a ‘gay film’. Steve has never made ‘gay films’ (whatever those are), he makes films about relationships which go far beyond the the normal sexual platitudes of modern cinema. Which is why the frenetic autoeroticism of Suglia’s novel so perfectly suited Balderson’s style.

One gets the impression that making Watch Out was a very happy experience for Steve. After the frustrations of the way his debut, Pep Squad, was treated by distributors (in the UK it was retitled and marketed as a vampire sequel!) and the massively complex organisation behind Firecracker (plus the frustration of trying to find an honest distributor for that, as documented in Wamego II), here we have the director demonstrating, with disarming honesty, that he was able to keep track of the whole production using nothing more than an Excel spreadsheet. Steve has found his niche, his home - it is his home. It’s Wamego. 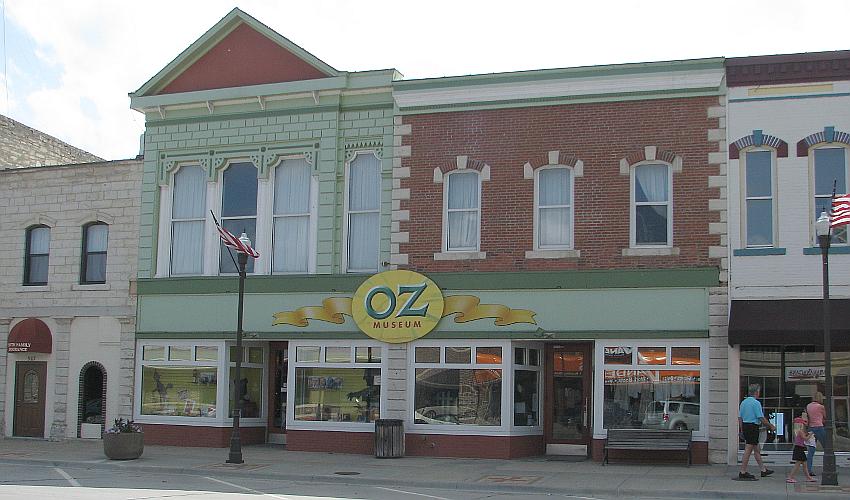 So he works his cast and small crew hard - seven days a week - but he looks after them too: good food, plenty to drink in the evenings and a trip to the Oz Museum. And boy, does he come across as tolerant. There’s the script supervisor who deletes some continuity photographs to make room in his digital camera for new ones (never had that trouble with Polaroids). There’s the chef who offers to do catering for a week but leaves without explanation after two days (perhaps he was upset at the amount of faggotry going on). Where many directors would have been tearing their hair out and/or tearing people off a strip, Steve takes it all calmly in his stride. He is clearly a great boss.

So where is all this going? What makes the Wamego films different to the run-of-the mill Making Ofs that come with every DVD? I think it’s this: these films don’t document, they explain. Which makes them, I suppose, not so much documentaries as explainaries. Your standard Making Of is all about ‘how’: how we made the film, how we did the effects. The Wamego movies are only tangentially about ‘how’; they’re really about ‘why’. Why Steve makes the films he does, why they turn out so good, why you don’t need Hollywood if you’ve got friends, colleagues, determination, originality and a bucketful of talent. 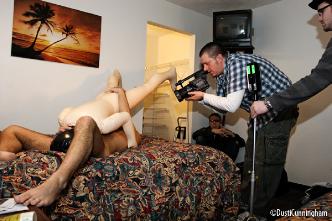 There is no need for every aspiring film-maker to rush back to their home town, rope in their dad as a producer and start looking for cult novels to adapt. That’s not the message of Wamego Has Risen from the Grave. The point is that Steve Balderson makes movies his way, how he wants. And if you aspire to film-making, if you aspire to any creative endeavour - well that’s what you should be doing.

As a final point of record, lycanthrope completists should note that in one sequence an actor sings a ukulele-accompanied song about a werewolf.