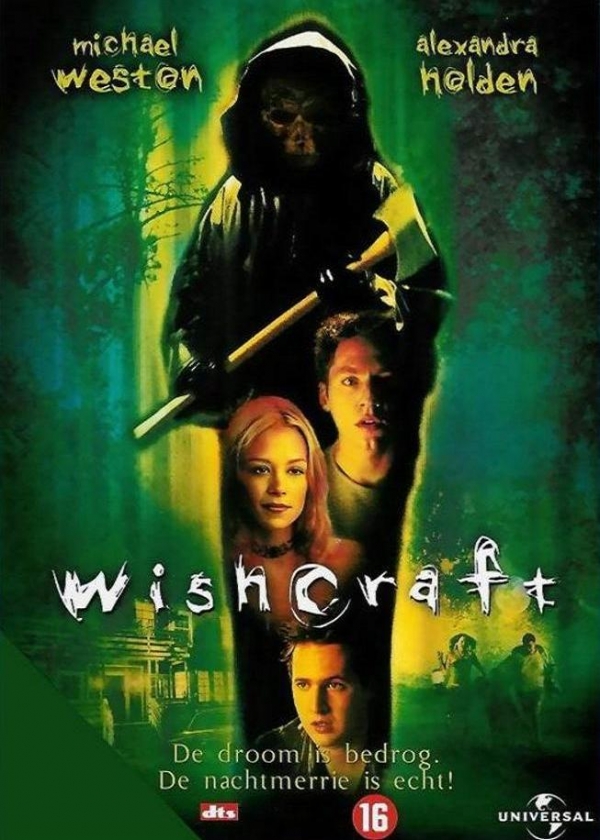 Here’s a fun teen slasher movie with an interesting supporting cast. The local sheriff is Meat Loaf (using the name ‘Michael Aday’), the coroner is Poltergeist’s Zelda Rubinstein (her scenes with Meat Loaf are great), one of the boyfriends from Sex and the City is a teacher, and the main character’s mom was Miss DePesto in Moonlighting!

The principal cast is headed by Michael Weston (Cherry Falls) as High School nerd Brett and Alexandra Holden (In and Out) as Samantha, the head cheerleader for whom he carries a torch. The usual high school jolly interplay of ‘jocks’ and ‘losers’ is here interrupted by the anonymous delivery to Brett of a magical totem which will grant him three wishes. Like any red-blooded teenager, he wishes for a girl; specifically for Samantha to go to the prom with him. His second wish is for Samantha to fall in love with him. Both come true, much to the amazement of Brett and his dorky friend.

But at the same time, a series of very gruesome, apparently supernatural murders start striking down their fellow high school students. Something incredibly strong - and frankly quite imaginative - is on the prowl. Just what has this got to do with the magical totem, and can Brett use his last remaining wish to put everything right? 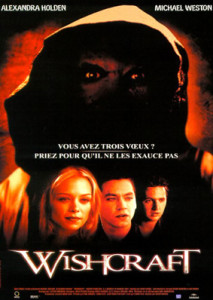 To take the second question first: what do you think? This is a teen slasher film, it’s light years away from the monochrome nihilism of Night of the Living Dead. Some sort of happy ending is pretty much guaranteed. As for the first question: that’s a big ‘don’t know.’ The Scooby-Doo resolution to the killer subplot has very little connection with Brett and Samantha’s situation.

Wishcraft is a fun 98 minutes of unpretentious, competently made teen horror, with some likable leads and some nicely underplayed comic relief from Meat Loaf and Rubinstein. The story doesn’t make an enormous amount of sense, but loose ends are tied up - in a fashion - and good triumphs over evil.