In May 2014, to tie in with the 10th anniversary DVD re-release of The Last Horror Movie, I posted all my old interviews with Julian Richards and Kevin Howarth to this site and also did a catch-up interview with Julian. 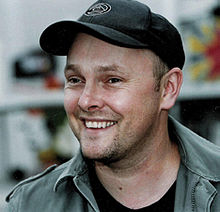 With the benefit of ten years’ hindsight and experience, how do you personally view The Last Horror Movie now?
"The Last Horror Movie benefited greatly from a unique collaboration of talented individuals. To begin with, and this doesn't apply to most films, the idea was very good and James Handel's screenplay not only delivered on that idea but also pushed it further with the moral ambiguity of the killer and his attempts to justify his crimes, not to mention the meta-horror angle. James is not only a doctor of philosophy but he's also quite a comedian with a jet black sense of humor, so the character of Max Parry is not too dissimilar . Then there was Kevin Howarth, the actor who brought Max Parry to life, he realized early on that James and Max were one in the same and spent a lot of time with the writer perfecting an impersonation.

"The production was managed by Zorana Piggott, who despite the micro budget, kept her eye on production value, insisting that the ball was never dropped even if it meant forking out £1,000 on wedding flowers. Paul Hyett's special effects, particularly the burning man, are also noteworthy, specially when you consider that each scene was directed real time in one long developing shot, without being able to use edits to conceal or cut around an effect. It's easy to take all this for granted and to think that each film-making experience will be the same, however of the six feature films I have directed only Summer Scars gets close to the perfect recipe I had with The Last Horror Movie."

How pleased were you with Shiver and how well did it do commercially?
"By the time I joined Shiver as director, most of the creative decisions had already been made, so my function was to get it in the can on time and on budget, despite having very limited resources. Of course , I was able to address some of my creative concerns but not all of them, and it was very frustrating for me not to have final cut, or any say in post production sound, music and visual effects. Despite these frustrations I had a great time with the cast including Danielle Harris, Casper Van Dein, John Jarratt and Ray Dawn Chong. They were all wonderful to work with and I hope that in the not too distant future I will be able to work with them again."

The biggest mistake I made in Urban Terrors was not including Summer Scars. I personally don’t consider it a horror movie, but it has been marketed that way so by my criteria should have been included. Where do you think that film stands in terms of genre?
"Mitch Davis of Fantasia calls Summer Scars a 'youth apocalypse movie', a description that I like. It's a dark coming-of-age thriller about a gang of hoodies held hostage in the woods by a psychopath and is actually based on a real life experience that I had growing up in Wales. In terms of horror semantics, I would put it in the same sub-genre as Taxi Driver, Assault on Precinct 13, Eden Lake and Dead Man's Shoes. As a kid, I remember collecting books on horror films and would make sure that I got to watch every film listed in the index. I was a bit flummoxed when it came to watching Mary Poppins and Taxi Driver, but as they were both listed in the index, I figured that they must have some horror or fantasy ingredients. I see Summer Scars the same way."

As a director, a producer and a distributor, what do you think have been the biggest changes in horror movies in the last ten years?
"The digital revolution allowed me to make The Last Horror Movie and Summer Scars and I suppose the market has now become saturated with found footage films. Many of them have nothing new to offer, but every once in a while you will come across a film like Rec or Conspiracy, which really do get the best out of this sub-genre. The amount that films sell for has halved in the last ten years, so film-makers have to get the best out of very limited resources, hence we are seeing many single location films such as Buried and also anthologies, such as VHS and Theatre Bizarre. 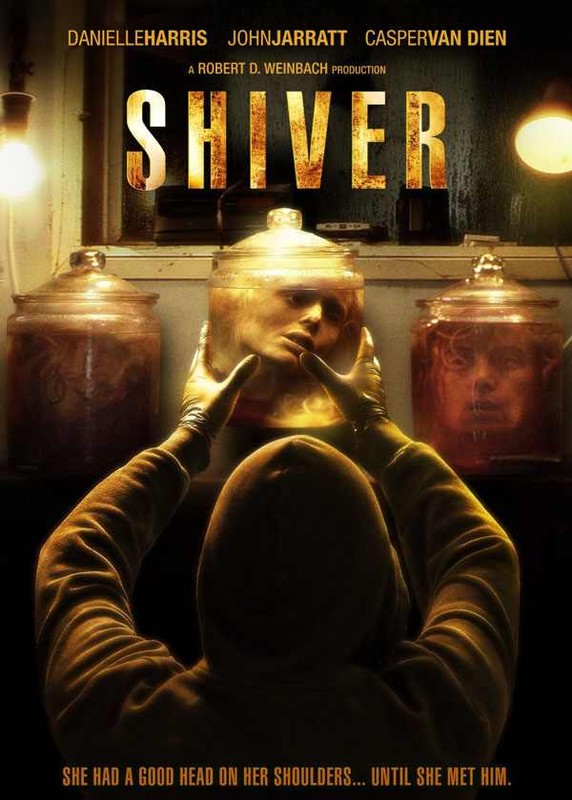 "As DVD continues its demise, TV is becoming an increasingly important way to monetise a film, but the problem with TV is that it doesn't like violence, hence we are seeing more supernatural horrors such as Insidious and The Conjuring. Personally, I think the best recipe for a successful horror film right now is to combine horror with action a la The Raid and Dog Soldiers."

What news of the mooted Last Horror Movie sequel?
"It's still very much a work in progress but if it does get produced it will be very different from what I originally intended. I don't want to give anything away, but I don't think any of the original characters will be returning for The Last Horror Movie 2."

What else do you currently have in the works?
"I am scheduled to direct Suicide Solution towards the end of 2014, but it might shift into early 2015. It's a very dark psychological horror about a young woman held captive by her stepfather whilst he embarks on a murder spree. I have also revived The Monkey Farm which is about a gang of inmates who take over the asylum."