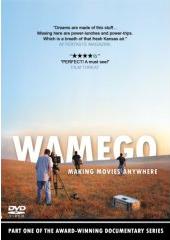 The Making Of documentary is a relatively recent invention. It started out as the occasional TV special on a big summer blockbuster and gradually became fused with the electronic press kit or EPK. Although there were Making Ofs during the VHS era it was really the advent of DVD in the late 1990s that brought this specific type of film to the fore. It rapidly became the norm to make a 20-30 minute ‘featurette’ for any movie in production, mixing behind-the-scenes footage with cast and crew interviews.

The first feature-length Making Of which was capable of distribution on its own was probably Burden of Dreams in 1982, Les Blank’s documentary on Werner Herzog’s epic drama Fitzcarraldo. But that was a one-off and it was only with The Hamster Factor and Other Tales of Twelve Monkeys fifteen years later that the in-depth Making Of documentary became established as a cinematic subgenre in its own right.

Nowadays it’s rare indeed to find a film that doesn’t have a Making Of and in the field of independent cinema it is almost a given that some aspiring or student film-maker will be allowed to hang around the set with a camcorder and assemble something for the DVD. The problem is: the more of these things one watches, the more one realises that all films are basically made the same way. It takes something really special like Lost in La Mancha (which, uniquely, is the Making Of a film that was never made) to stand out from the crowd. For the most part, every Making Of is pretty much like every other Making Of and only the details differ.

Imagine if you watched a documentary film about someone building a house. All very interesting and you could learn a lot about the construction industry. Now watch another documentary about someone else building a different house. And another and another. After a while the only thing that will distinguish one film from another is the colour of the front door. And so it is with Making Of documentaries.

All of which is interesting but to some extent irrelevant because Wamego: Making Movies Anywhere is not a typical Making Of.

Wamego is the name of the town where the Balderson family live. It is in the North East corner of Kansas which is an almost entirely rectangular state. It’s called a ‘city’ but has a population of just over 4,000 which makes it about two thirds the size of the the village of East Leake where I went to school. I find it fascinating that the USA, a huge country where everything seems to be several times larger than it is in the rest of the world, nevertheless has cities that are smaller than English villages. Anyway...

Wamego is real small-town America, a place where everyone knows everyone else - in fact, as producer Clark Balderson points out, most people are related to everyone else in some way. According to online man-in-a-pub Wikipedia, the town’s two main claims to fame, apart from the Baldersons, are a museum devoted to The Wizard of Oz and (allegedly, at one time) the largest LSD factory in the United States. It is not the sort of place where you would expect a feature film to be made - and that is the point of this documentary. 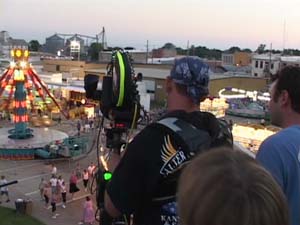 There was a six-year gap between Steve Balderson’s first feature, the sublime black comedy Pep Squad, and his second, the achingly beautiful murder mystery Firecracker. Wamego goes some way to explaining why, despite widespread critical acclaim and a bunch of awards, a follow-up to Pep Squad was so long in coming.

Strictly speaking, this is not a film about making a movie, it’s a film about getting a movie made. Clark Balderson, Steve’s father and producer, sums it up in one concise quote: “The average guy, sitting in a movie theatre, watching a movie, cannot begin to comprehend the amount of detail, the degree of complexity, that is present in a motion picture.”

Unlike a standard Making Of, Wamego does not show us how particular shots were filmed and it doesn’t interview all the cast and crew. There are some talking heads but the level of luvviness usually seen in these things - “Oh, he was just wonderful to work with. He’s a delight. We just had so much fun together...”: give me a flipping break - is much lower than normal. There are a few comments about how wonderful Karen Black is but also some carefully veiled intimation that she is also, shall we say, somewhat demanding.

What Steve, Clark and their cast and crew demonstrate and recount is the amount of work - administrative, technical and sheer manual labour - required to produce a piece of quality cinema like Firecracker. But at the same time, they are at pains to point out that by operating outside the Hollywood system they were able to make the decisions they wanted rather than kowtowing to received wisdom about how things must be done. This made their lives easier and ultimately made Firecracker possible. 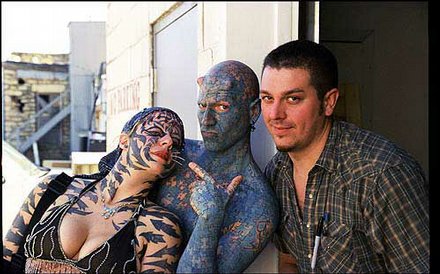 Not that Steve Balderson is some sort of dangerous maverick. He has to negotiate with stars’ agents, he has to pay wages commensurate with SAG agreements, he has to abide by the rules.

Film-making as an industry is hidebound by unwritten rules so hooray for Balderson and son who don’t give a tinker’s cuss about ‘how it should be done’. What they care about is efficiency, cost effectiveness, practicality and artistic vision. If any one thing comes through when watching the hundred minutes or so of Wamego it’s that at no point was Steve ever prepared to compromise his vision of what Firecracker should be like. And if that meant turning down big stars who actually wanted to do the film (Debbie Harry was very nearly Sheriff Ed, a role eventually played by Susan Traylor) then so be it.

Wamego is more than a document, more than a documentary, it’s a masterclass in how to pursue your dreams. There are two lessons here: (1) You don’t have to do things the way everybody else does if you can find a way that’s better for you, and (2) you had better be prepared to work bloody hard. I was amazed to find, for example, that Steve, Clark and a few friends actually built all the ‘gypsy wagons’ seen in the carnival scenes from scratch. Just building those wagons must have taken more time, effort and money than some people put into a whole movie. At the same time, scenes of cast and crew painting colourful side-show banners have a tremendous sense of esprit de corps that says, ‘Hey kids, let’s do the show right here!’ 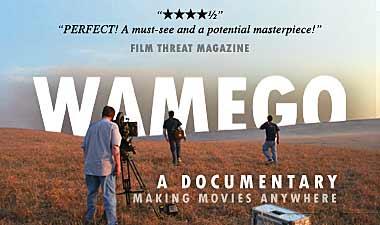 No director is credited on Wamego although the IMDB lists Steve, Joe Martin and Ed Leboeuf. The credits simply say that the film was compiled by Imagemakers, which is a graphic design and advertising agency that Steve runs when he’s not shooting movies.