Matthew Jason Walsh wrote and directed the short film I’ve Killed Before and a feature-length version of the same story, Bloodletting. He also co-wrote Witchouse I and III, Deep Freeze, The Brotherhood (and Parts II, III and IV) and Ancient Evil: Scream of the Mummy, as well as doing sound work on various movies. Although Bloodletting is his only feature credit as director, he shot second unit footage for two of JR Bookwalter’s movies, Ozone and Polymorph. Matthew kindly answered one of my six-question e-mail interviews in May 2005.

Why did you decide to remake I've Killed Before as a feature? Were you unhappy with the short or was it planned as a step towards a feature-length production?
“The whole thing got started while JR Bookwalter was doing post-production on The Sandman and a bunch of us who'd worked on the movie were kind of camped out in Mogadore, Ohio, where JR lived at the time. And I'd just written a bunch of scripts for David DeCoteau the previous winter, so I wanted to do something that was as far away from the ‘work-for-hire’ material I'd been doing as I could get, so I whipped up this short script around props and locations I knew we could get our hands on. So I always kind of viewed I've Killed Before as either an experiment or just a way to pass the time. We kind of joked around while we were making the short that we should just ‘keep going’ and make it a feature-length project. I think I figured the worst that could happen was, it would end up collecting dust in a closet somewhere. No such luck!

“A year later, I returned to Ohio to do the visual effects and the score for Bookwalter's Polymorph, which was one of the first features ever to be shot on the mini-DV format, and decided to approach him about directing a feature. I had a script I'd wanted to shoot, but since Ariauna Albright was going to be financing the movie on her credit cards, she had a lot of influence on what would get made, and I think it was her idea to remake I've Killed Before and expand it to feature-length.”

What were you most pleased about when the film was completed, and how do you view the movie eight years on?
“It's tough to say. I look at the movie and see a bunch of mistakes on my part all the way across the board, so I don't think I've ever watched it the way people who seem to enjoy the film do. If I could do it again, I'd definitely have done it with an actual crew and an FX guy and anybody but me producing it. For what it is - a ten thousand dollar shot-on-video movie - I think it turned out okay.” 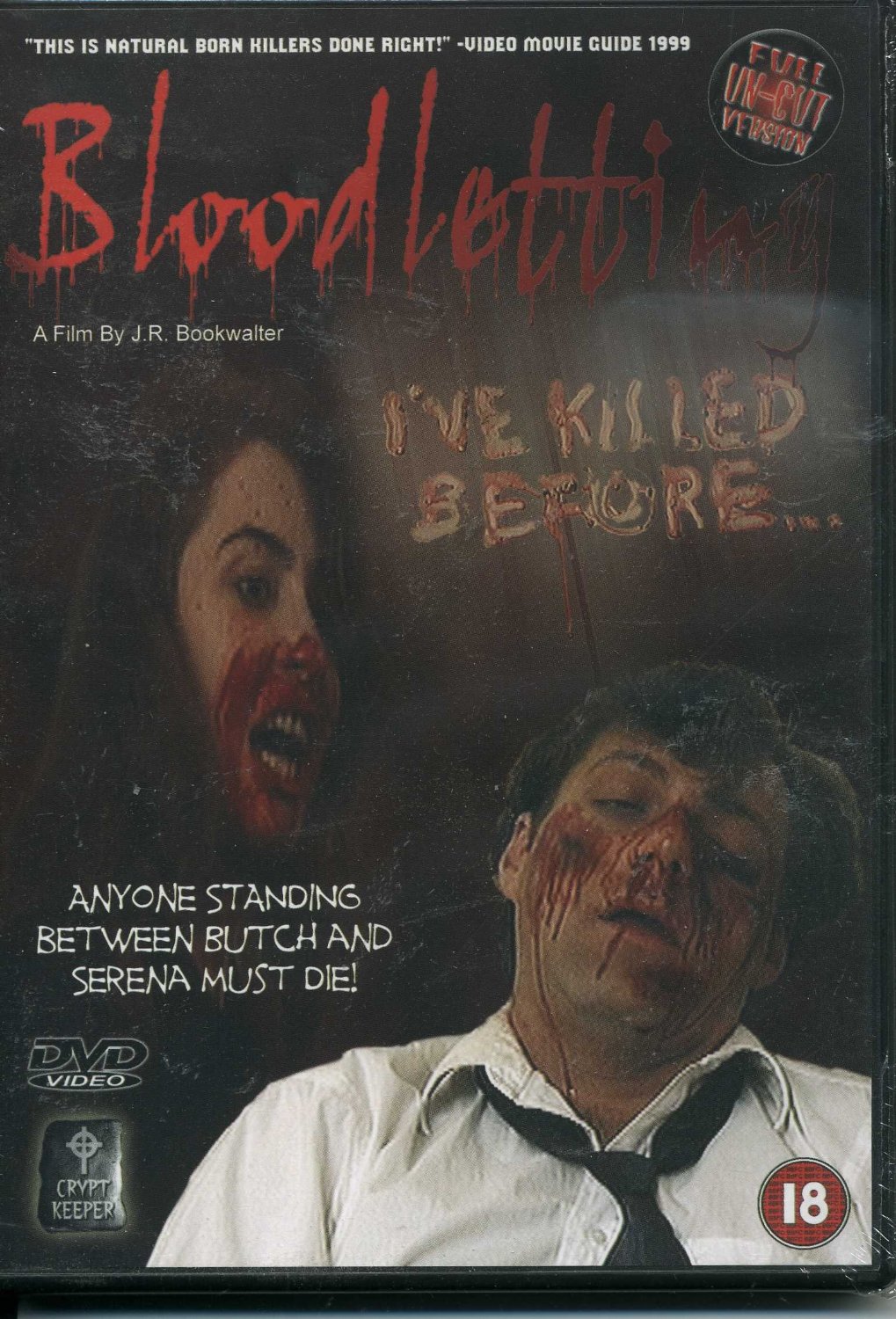 Are you happier as a writer, a director or a producer?
“I've spent most of my career as a writer, and I like directing, under the right circumstances. I think I'd rather have a limb cut off than produce a movie again, though!”

What was your involvement with Deep Freeze/Ice Crawlers and how close is the finished film to what you wanted?
“I was brought in to rewrite Deep Freeze and make it more realistic to do for a moderate budget. The original script was easily a fifty-million dollar movie, and just for the record, the script that was handed to me was a pretty great screenplay, one of those projects that I really felt bad about changing anything on. At the time, Regent Entertainment wanted Dave DeCoteau to direct it, so I was also brought in to alter it to Dave's sensibilities and to make the characters more young and ‘hip’ - so, somehow, I had to figure out how to get a bunch of late-teens/early twenties' characters to Antarctica!

“I think it went through a few more hands before Dave finally passed on it and John Buechler took his place as the director, then it spent a while in Writer's Guild arbitration (since I'm not a member of the Writer's Guild, it was unclear whether or not I would even get a credit on the final movie). I was excited because I was a fan of Buechler's work, especially his ‘Jason’ design from Friday the 13th: The New Blood.

“The first and only time I got to see the film, I was visiting my parents and my mother was watching it with me, and while I don't remember having a reaction to the movie one way or another, every time that trilobite creature scurried by on the screen, my mother would just crack up laughing. So it was probably worth it just for that.”

You are credited as a writer on both Witchouse and Witchouse III: what was different between those two productions, from your point of view?
“Well, Dave DeCoteau was hired to direct a screenplay for a title Charles Band had called Witchouse, written by Neal Marshall Stevens (who wrote for Charles Band under the pseudonym ‘Benjamin Carr’), and that project wound up becoming Stitches a few years later. Dave was unhappy with that project and brought me on to develop something more along the lines of a Night of the Demons. At the time, they were going to shoot it in Romania, so I came up with this elaborate opening set in 17th century colonial America, where we see the witch originally get killed by a mob of witch hunters on horseback, and the first act took place on a college campus, which I think better introduced all the characters. Then, I was told they'd be shooting it on a soundstage in LA, so I had to gut the script and cram the whole thing into the house, get rid of the elaborate prologue, etc. Then, they took that script and shot it in Romania... which I never really understood. I think the original storyline would have opened the movie up more. JR wound up going that route with the second one.

“When JR set up the deal for Witchouse III (whose story I notice has already been detailed in your Witchouse III review!), he approached me to crank out a script on short notice. At the time, I was busy finished up The Frightening screenplay and a screenplay for a kids' movie for Regent Entertainment, and I had about three or four days where I could work on Witchouse III and hand it in to JR. Fortunately, JR had an idea of what he wanted to do: three women in a beach house, they somehow summon the ‘Lilith’ character and to make it as atmospheric as possible. So, where I think the first one is a poke at Night of the Demons, the third one was more of a throwback to the original The Haunting, or an old Hammer film.” 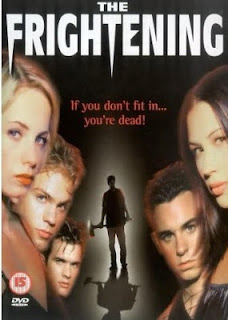 What can you tell me about the project you're developing with John Ellis, who did FX on Sky Captain and the World of Tomorrow?
“I can't really give away too much about it right now, other than its title, Fade Out, and the basic premise that a group of stereotypical teenage horror movie characters face off against an unstoppable masked killer and then, wind up in a situation that I can safely guarantee has never been done in a horror movie before (I know, I know, like that claim hasn't been made twenty thousand times this week!).

“I've had a treatment for a movie I've wanted to do for a few years, something that would really push the boundaries of what could and couldn't be done on this level of film-making, especially in regard to visual effects, and I'd given a copy to John, because of his visual effects expertise. John wound up showing the treatment to a friend of his who'd helped finance his directorial debut, Twilight of the Dogs, and she immediately wanted to get onboard. So, at that point, I decided I'd gracefully back off and stay in a writer/co-producer capacity and let John direct the film. Right now, we're locking in the script and then, hopefully, it'll get produced later this year!”
Posted by MJ Simpson at 21:17