There’s something ironic in the fact that this film - shot in nine days on digital video for $26,000 - has been acclaimed as one of JR Bookwalter’s best. But it’s precisely because he has learnt his craft so well over the years that he’s able to pull off something like this.

As explained on an informative insert, Charles Band had bought a small indie film and planned to upgrade sound and picture then release it as a third Witchouse movie. JR argued that for the same money they could make their own and it would be better. And by god, it is.

In a nutshell, three young women stage a fake demon-summoning and accidentally raise Lilith, the vampire-demoness-thing from the previous two films. Stevie (the deservedly ubiquitous Debbie Rochon) is making a documentary about witchcraft, assisted by the less confident Rose (the ever-reliable Tina Krause), and they are joined by their old friend Annie (a quite superb performance from Tanya Dempsey) who has run away from her abusive boyfriend (Paul Darrigo). 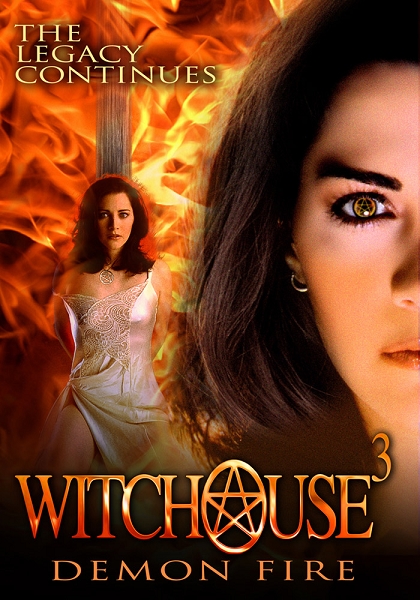 But have they really summoned Lilith? Why has she come? And are all three girls telling the truth? Despite the rather extreme Lilith make-up hiding the gorgeous Brinke Stevens (The Naked Monster and a zillion other B-movies), there are some lovely subtle horror images here, especially the initial summoning and a scene where Lilith is reflected in a computer monitor screen. And the small cast of characters nevertheless bring a complexity to what, in lesser hands, would have been a one-note story, as trust disappears and allegiances shift.

The movie looks great, thanks to an experienced crew led by cinematographer Danny Draven and producer/production designer Tammi Sutton, and JR gets sterling performances out of all five of his experienced cast. But a special mention must be made for Ms Dempsey who really stands out in a role that takes her from vulnerable victim to defiant bitch and all points in between. A relative newcomer, though still with a good few films on her resume, Dempsey looks set to become the next big thing in B-movies - and possibly beyond. Co-writer Matthew Jason Walsh also wrote Deep Freeze and wrote and directed Bloodletting. 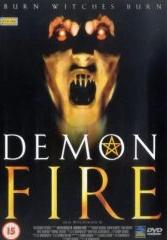 As usual, Tempe Video have packed the DVD with goodies. In fact, there’s so much one is left wondering whether the disc is actually top-heavy. Not one but three commentaries (Bookwalter and Rochon; Dempsey, Stevens and Darrigo; Sutton and Draven) mean that this 77-minute film would take more than five hours to watch in full! And on top of that there’s 19 minutes of out-takes, 34 minutes of behind the scenes, 33 minutes of interviews, a two-minute 1979 8mm film Burning of the Salem Witches shot by 13-year-old Bookwalter, plus filmographies, stills, trailers, etc. That’s nigh on seven hours in total! (There is a completely vanilla UK disc which is just called Demon Fire.)