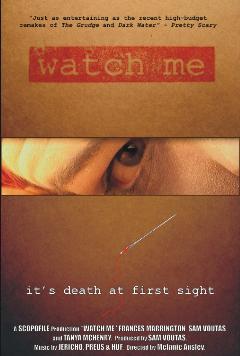 It would be pretty cool if a DVD turned up in the post with nothing to indicate what it was except that somebody had written on it ‘watch me’. As it happens, I had already been contacted by producer Sam Voutas and checked out the movie’s website so I had some idea what I was in for.

Voutas and director Melanie Ainsley are both Australians who were raised in China (although Ainsley was actually born in Canada) but the biggest influence on this movie isn’t Aussie or Chinese cinema, it’s the post-Ring vogue for Japanese horror. The film-makers cite Dario Argento as an influence too, although that’s less apparent.

Instead of a cursed video tape, Watch Me concerns an e-mail attachment, a video file depicting sickeningly horrific sexual violence which spreads from computer to computer like a virus, albeit a lot slower. Anyone who opens and views the file receives a fatal visit from a spooky young woman with red hair and a yellow dress, who walks backwards for some reason.

Jill (Katrina J Kiely, also in the bonkers sci-fi spoof Atomic Spitballs) and Tess (Frances Marrington: Purge, A Nocturne) are taking a film studies course at some unspecified Aussie university. Their thesis on the role of the voyeur requires Jill to rent three films from Taku, a fellow student nicknamed Freakboy who finances his studies through a library of hardcore porn amassed over many years. Played by producer Voutas, Taku is a connoisseur of filth, inured to its effects yet still enthusiastic about it as a genre. So when Jill mysteriously dies as a result of watching an e-mail attachment, Tess seeks Taku’s help to solve the mystery. 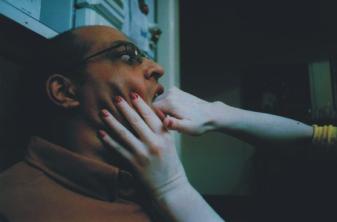 Along the way more people die including fellow students and two cops investigating Jill’s death. Eventually Tess and Taku - who have both watched the video clip and survived - manage to track down a recipient before he watches it (the e-mail only travels to one computer at a time) and confront the ghost.

Watch Me is an enthusiastic and commendable indie horror feature with some good set pieces but which suffers from the curse of low budget film-making - over-ambition. The story isn’t cohesive enough to fully satisfy the viewer and the impression given is that Ainsley and Voutas were more concerned with the parts of the film than the whole. As I have observed before, a ghost story needs to be constructed as a mystery and we need to find out at the end what has been happening and why, the pieces falling into place for the audience and whichever characters we are empathising with.

In Ring, this film’s most obvious antecedent, we eventually found out who the spooky girl was, why she was on a video tape and why she crawled out of people’s TVs. The explanation may have been enigmatic and debatable, but it was there. The ghost story in Watch Me doesn’t have an explanation per se, only the realisation by Taku and Tess as to why they both - and they alone - survived viewing the clip. This ties in to Taku’s extensive experience of hardcore porn and a traumatic event in Tess’ past but to be honest the explanation doesn’t really hold water; it makes a kind of sense but it’s not satisfying. 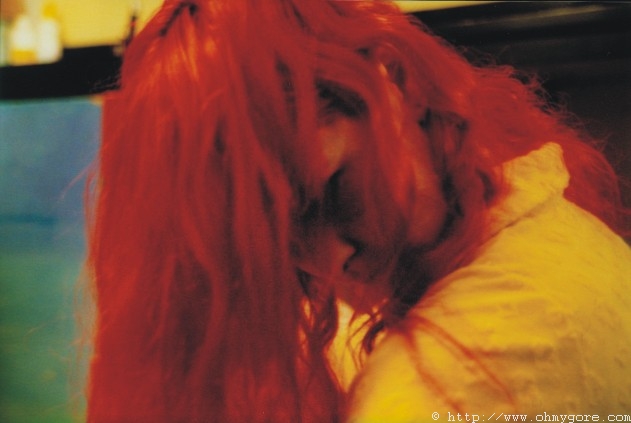 There are certainly some great scenes in Watch Me but their strength comes from characterisation more than plot, the most notable being Taku’s experiment on Tess, forcing her to watch the clip and videoing the process in the hope of finding out what kills her - except it doesn’t. But these scenes are strung together in a story which meanders somewhat. For example, it takes quite some time before we realise that Tess is our main protagonist, in fact before we even meet her. Before that the film concentrates on Jill and introduces us to Taku. It’s an imbalanced plot structure which a more carefully worked out script might have solved.

That’s the problem. This script has been filmed before it was ready. It needed a few more drafts to iron out the narrative structure and better establish the backstory behind the spookiness which otherwise comes across as somewhat arbitrary in places. The red-haired ghost girl is undeniably frightening, both in her conception and her execution, but we never find out her motives and her methods seems inconsistent. Some victims are found dead with their eyes sewn shut, others simply disappear. Some die while watching the clip, others succumb shortly afterwards. 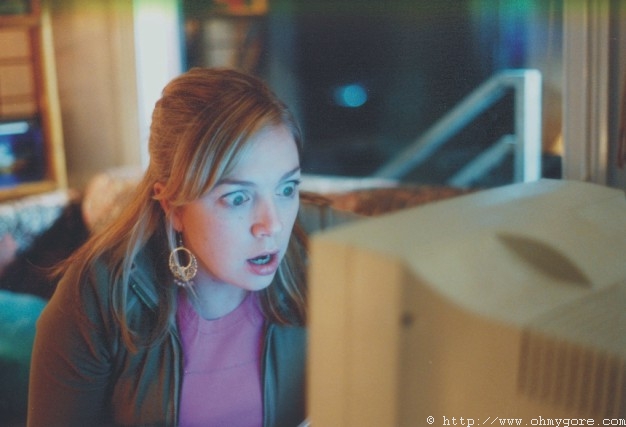 That said, these criticisms should not detract from the film’s successes. We really care about these characters (once we know which ones we’re meant to care about) and the threat, the danger is keenly felt. I don’t mind ghosts being slightly derivative when they’re as spooky as this one. The acting is good and the production values throughout are highly commendable. The direction is snappy when it needs to be, languorous when languor is required. In technical terms, the two things that let the film down slightly are the flat video quality and the use of what look like genuine, unaltered homes as sets. I would never recommend making your lead characters film students simply because it makes the film inevitably look like a student production (which this is not).

So in a sense the film is overambitious in terms of story but sells itself short in terms of mise-en-scene, using found locations that don’t tell us about the characters because the characters haven’t created those homes. But I’m sounding unduly critical here. I really enjoyed Watch Me and I was genuinely scared by parts of it - and you can’t ask for too much more than that.

Ainsley and Voutas have previously collaborated on the sci-fi feature film Crash Test - about an escaped crash test dummy - adapted from Voutas’ short student project, and on the Beijing-set documentary The Last Breadbox. Ainsley’s previous film was the horror short Butcher which, like Crash Test, also featured Katrina J Kiely.

Also in the cast are Tanya McHenry (as the ghost), Steve Van Spall (who played the lead role in Crash Test), Glen Hancox (who was the Dean of a film school in Neighbours!), Celeste Barry and Dave Peterson (both also in Crash Test), Thomas Lim (Marco Polo, Son of the Dragon), Sharn Treloar (Magnificent Deed) and George Ivanoff who provided a voice for I, Rocket (a short animated film by Russell Devlin who also made Seventh Victim - everyone in Australia is ultimately connected to my mate Russell, it seems). 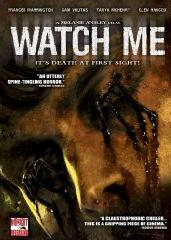 Watch Me is a decent, well-crafted, scary slice of Down Under indie horror (filmed in both Oz and China) although it does make you want to see the same people make something more Australian. The thing about J-horror is that no-one does it as well as the Japanese. I would like to see Voutas and Ainsley make a thoroughly Australian (or even Sino-Australian) horror film, with a script that has been rewritten to within an inch of its life and deep, rich cinematography. That could be bloody great.