In April 2014, after I had reviewed The Library, the film's writer-director Daljinder Singh kindly answered a few questions by email. 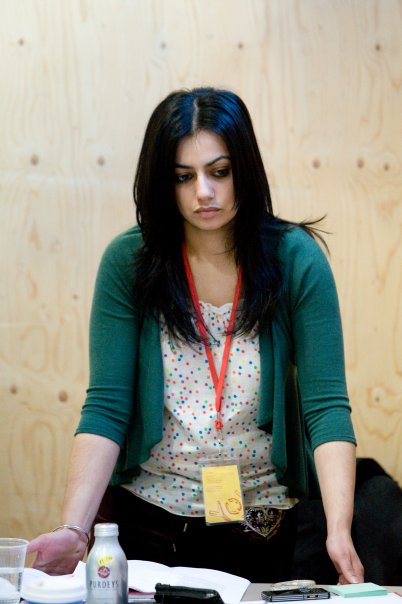 What was the inspiration for The Library?
"Years ago before I went to university I had a summer job in a local library. It was very quiet most of the time and you were often left to your own devices. Libraries are naturally quiet places so when you're on your own it's easy for your mind to play tricks. You think you've seen something when really it's nothing. Or you hear 'strange noises' when it's probably nothing more than noisy old drain pipes. Your imagination runs wild and you start believing it's something more sinister! You have to go down lots of stairs into basement storage sections alone, you start to get a sense of isolation and tension. It's more or less psychological and I wanted to play with this aspect in The Library.

"As a child I remember hearing that the older kids in the area would go to the village library, take out a book on black magic and play the Ouija board at the back! Of course with time these rumours would take on a life of their own and started to involve the poor librarians who worked there. The rumour or local urban legend aspect was quite interesting - and I wanted to incorporate that into the narrative. Isolation combined with imagination and rumour can be quite dangerous.

"I love books and have always been a huge fan of libraries. For some reason any ideas I had for my first film always took place in a library. Because they're seen as being passive places, you can come up with interesting things to happen inside them. I always thought a library would be a great place for a ghost story. I started to think of the kind of library it would be - typical quiet small town library that has a bad reputation. The kind of people that would work there and a basic plot premise. The story started to come together quite quickly after that." 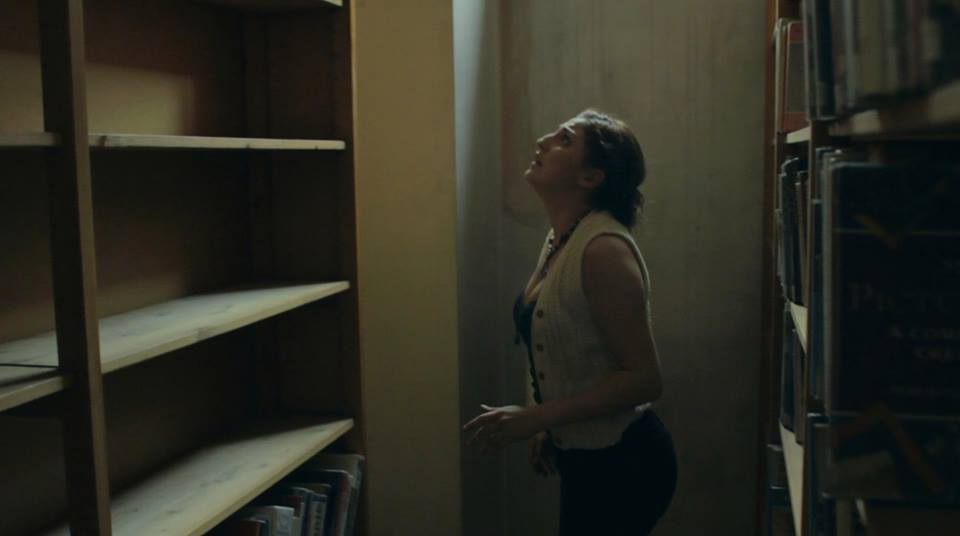 What is your background/experience in film-making?
"My background is mainly in theatre. My work had largely been visual and I was always more comfortable with visual forms of story telling. I had wanted to move into film-making for a while and then finally the opportunity arose. The Library is my first feature film. I managed to partner up with a number of local organisations so that I could get in-kind support for a limited period of time. Everything came together surprisingly fast and within a few short months, we were ready to roll."

How did you assemble you cast and crew?
"I had known Sibylle Bernardin (Lucy) before and had previously directed her in a theatre show. She believed in the project and took on the challenge of playing the main character. I needed a strong actor in the role of Lucy as she is seen in almost every scene. It's very challenging in that sense and I knew Sibylle would bring a sympathetic and intelligent edge to it. Leann O'Kasi who plays the deceased character of Claire is an experienced actor and director herself. She also happens to be a close friend of mine. Like Sibylle she liked the project and wanted to be involved. Kathryn Walker is also someone I had known before through theatre. I had originally wanted an older actress to play the role of Mary, but Kathryn was able to bring out the ambiguous and sinister edge to the character which was needed. 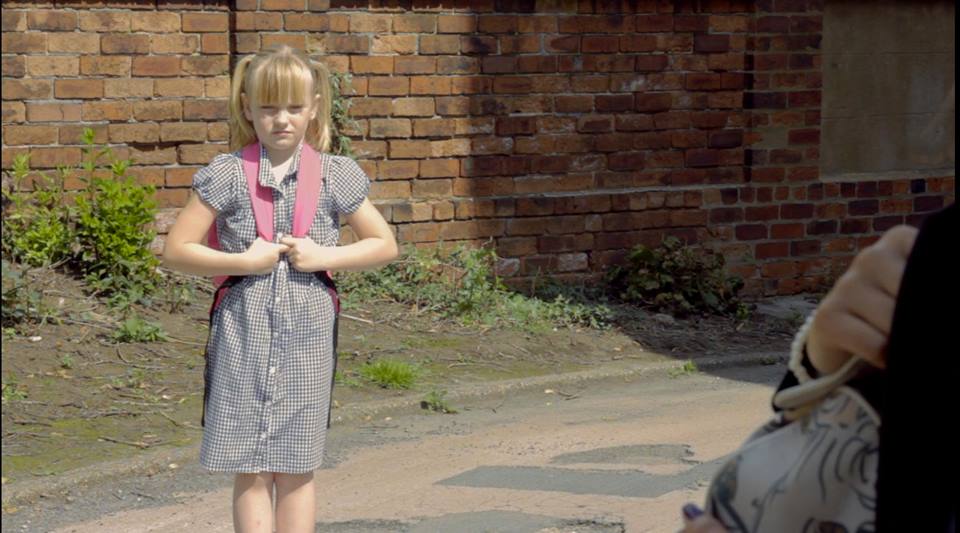 "I wanted to make sure that we involved local talent as well. This can be difficult sometimes but I was lucky. The local council, newspaper and other organisations helped us by putting out the cast call. Auditions were held over a number of days and I managed to find some real gems in Jay Martin, Aimee McKee, Stephen Bellamy and Faridah Rimmer. Bradley Carpenter (Gregory) had come along at the last minute on the final day. His audition was fantastic and I was taken aback when he told me he was still in sixth form. I was very lucky to find the cast I did. The film has a small cluster of characters so it was important that each person fitted the character and was able to establish a good chemistry with their co actors. We had some additions to the cast during the shooting schedule. Louella Chesterman came in as Mrs Clusker at the last moment when our original actress had to back out. Madisson O'hara who plays the little girl was the young daughter of our Make Up artist. Her mother put her forward for the role and she was perfect.

"The crew was made up of a number of individuals from the area. We had recent graduates such as Matthew Thomas and Jessica Reed as well as others who had experience and wanted to be involved. As was the case with the casting, crew calls were put out and I managed to get the technical team together. After the filming was over the same method was employed for the post production team too. I was lucky that I managed to come across some fantastic young and committed talent such as Adam Clayton and Samuel Allen. Vista Films agreed to come on board and take on the mammoth task of sound and other post production elements. The crew worked exceptionally hard and as was the case with the casting, the right people took up roles that they were able to do justice too.

"The Library is not just my first feature film but also the first feature of the majority of the cast and crew too. It would be an understatement to say that we were all swimming in the deep end." 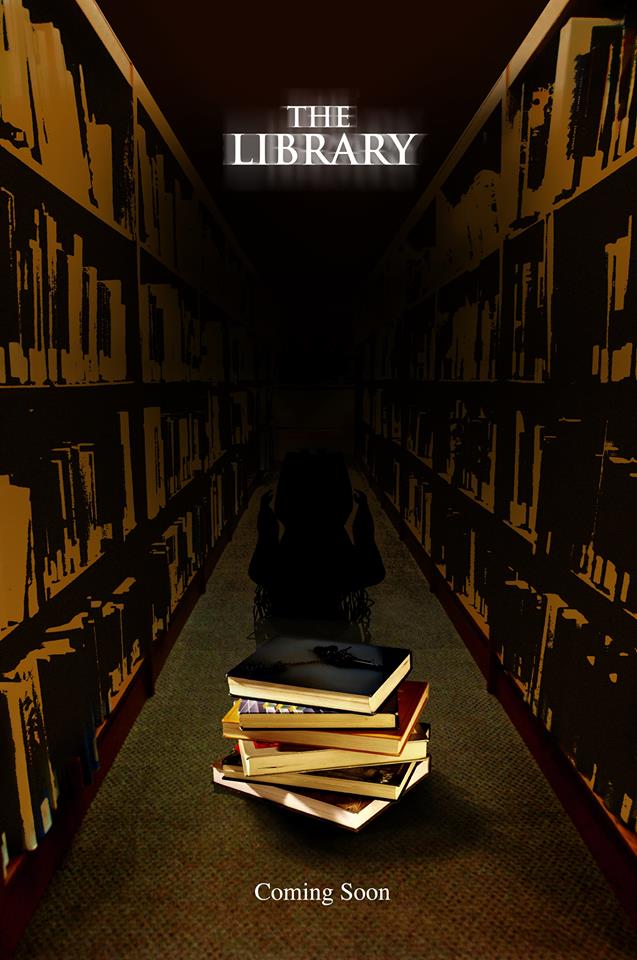 What aspect of the finished film are you most pleased with?
"As a director it would be very difficult to pinpoint just one thing. I think the performances are very strong. The sound and overall framing of the story is also solid. On a whole the film had no budget whatsoever, everything was done with in-kind support alone. With that in mind the film in itself is quite an achievement. I wanted to tell a simple story in a simple but compelling way and I think that's been achieved."

What has the response to the film been like so far?
"People who have watched the film have liked it. I think it has a traditional horror streak running through it which people have found refreshing. Word of mouth will be very important and we hope the film will go on to find it's audience."

What are your plans for the future?
"I hope to continue making more films. I'm noting down ideas at the moment. Hopefully a strong idea will bubble to the surface and become my second feature."
Posted by MJ Simpson at 17:14