Sam Zalutsky, director of You Belong to Me, kindly answered a few questions by e-mail in March 2009. My thanks to Simon Savory for arranging this. 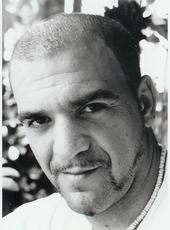 In your opinion, is this a gay film or a horror film or both or neither?
“I think it's a love story really (in my own twisted little way). Yes, it is a gay movie, but it's not about being gay so I think it's different than what most people or the industry define as a gay movie. The male lead's gayness is not really the focus dramatically or thematically. Yes it's horror - psychological horror is what I'd call it.”

What does the film have in common with the earlier short that you mentioned in the Making Of?
“That was really an exercise in film school so I don't really consider it a short. It was more an exploration of ideas that were percolating in the deep recesses of my mind.”

How did you assemble your cast and crew?
“For the cast I had a great casting director, Jordan Beswick, whom I had worked with before on a previous short, Stefan's Silver Bell. We get along great, have some similar ideas and also he challenges me in ways that are really exciting. So we went out to ‘big names’ and when they didn't bite, we did auditions and meetings and found these great actors. Also, I had worked with Kevin Corstange, who plays Michael, the drunk guy who breaks in to Jeffrey's apartment, on a previous short, and he's fantastic, so I knew I wanted to work with him again.

“For the crew, some people I knew or had worked with from my time at NYU grad film school, others were recommendations, word of mouth, others were people my producer, Chip Hourihan found. A hodgepodge of folks committed to independent film.”

What's with the long-haired guy looking for his wife? Was he intended to be part of a subplot or is he just a red herring?
“Calvin is my father... Just kidding! Yes, Calvin is there to add to the scenery, to make the building seem more dangerous and bizarre and hopefully inspire some questions in the minds of the audience.” 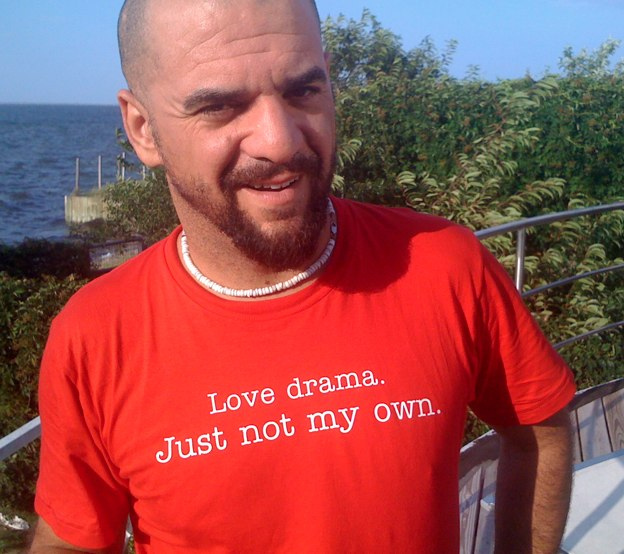 How has the film been received by audiences and critics?
“It's been received really well. The screenings that I've attended at film festivals have been fantastic! Our premiere at Frameline had 900 people shrieking and gasping all at the same time, and my whole family was there too. It's always an amazing experience to see it on the big screen with an audience. I've also gotten lots of feedback from people about the DVD release, and the Pay Per View and Logo airings. So that's good. Also some really good press, especially a great Variety review.”

What are you working on now?
“I have a few scripts I'm working on, a couple comedies and a coming-of-age drama about a 14-year old girl based on a short story. Also I am looking at some book properties to adapt and looking for opportunities to work with good people. Hopefully I'll get to make another movie soon! I'm jonesing to get back on set!”