This interview with Ivan Zuccon was conducted by e-mail in February 2002. Thanks to Unknown Beyond/Shunned House scriptwriter Enrico Saletti for help with translation - although Ivan speaks and writes pretty good English (certainly better than my Italian!). An edited version of this interview appeared in issue 216 of Fangoria.

What inspired you to become a film-maker?
“It's something that grew up along with me. Ever since I was a kid I was fascinated by cinema. I really loved Sergio Leone's westerns. I remember planning to shoot a sci-fi western, and starting to put down a plot.

”The real passion came years later, when I got acquainted to the horror genre. I had always been scared to death of horror movies, but one day I decided to face my fears and watch the movies of the horror masters. I rented ten movies and closed myself in a room, alone with my VCR. I was impressed by Mario Bava, Lucio Fulci, Sam Raimi and John Carpenter. I was mostly interested in the technical side of Raimi's films and the visionary approach of Bava's ones. I decided I would make horror movies, because they would allow me to use more creative shooting techniques.

”I fished out my father's old super-8 camera and shot some very short movies, which I edited myself. It was fun, and very gratifying. Since then I've never stopped thinking and making cinema.”

Tell me a little about the short films you made before The Darkness Beyond.
“I started shooting short films in 1995, and I still shoot some, waiting to find the money for my next feature-length movie. You learn a lot shooting shorts. I shot 12 short films, mostly horror.

”Some of them don't have proper distribution, and are shown rarely because of their political incorrectness. One example is L'Ultima Cena (‘The Last Supper’), a sort of re-examination of the Gospel, set in the future and with a cannibalistic turn. Another is Degenerazione in which I showed a matricide [Later remade as the feature Bad Brains - MJS]. These shorts were screened at several important festivals, resulting in a hell of a lot of arguments and resentment towards the festival boards.

”Recently I shot a couple of different shorts. One is L'Albero Capovolto (‘The Upside-Down Tree’), where I tell the story of a lonely painter, a girl, who finds a lock implanted in her belly. The latest, Neve (‘Snow’), is a very intense family drama. Right now I can't wait to shoot another full-length horror.” 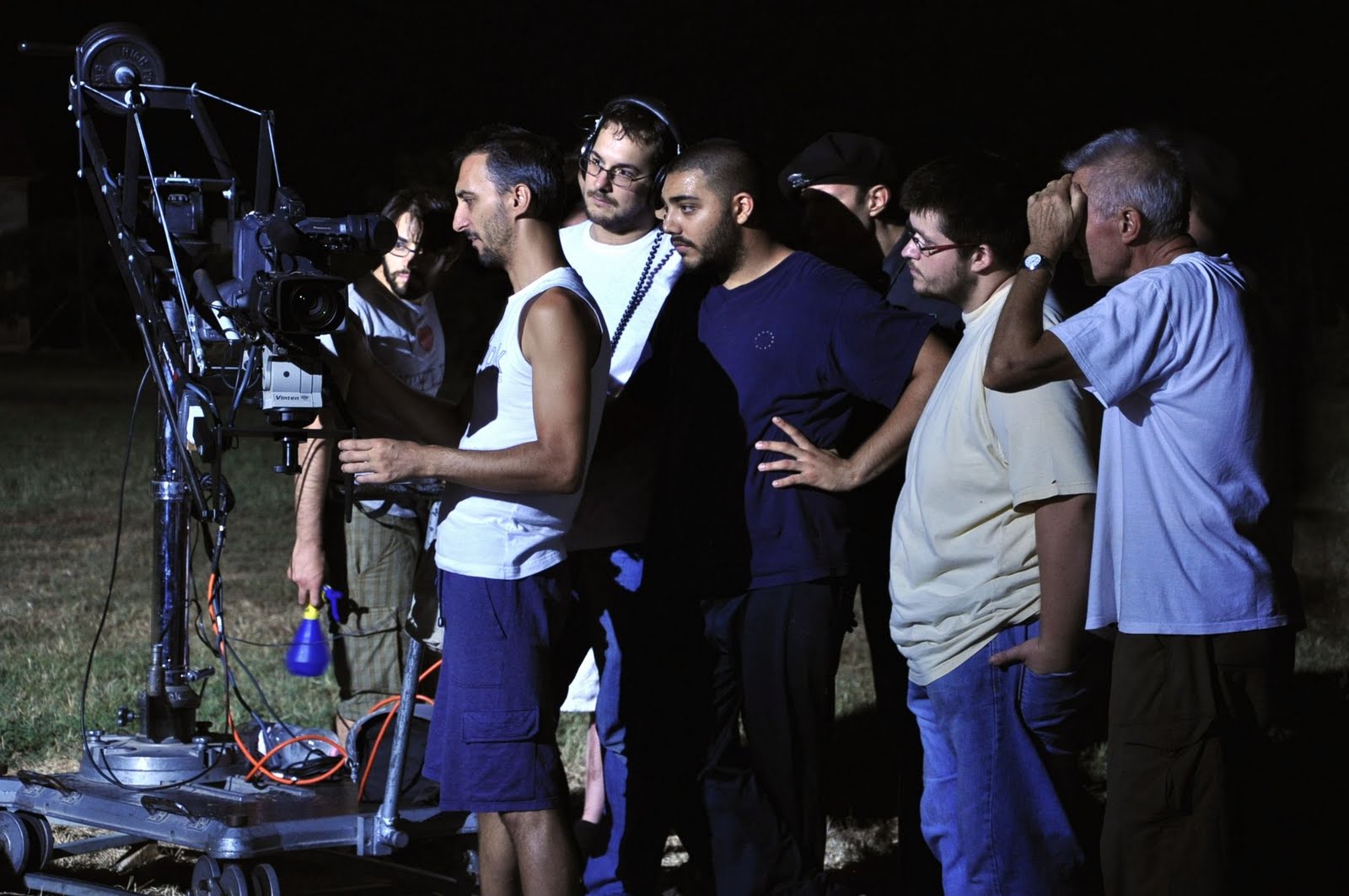 Why did you make an 'HP Lovecraft' film?
“I love Lovecraft, although I'm much more interested in the man than in his stories. I'd like to make a film telling his life story as it really was. His literature comes from the way that he felt a ‘stranger, an ‘alien’ to this world. That’s something I share with him. My interest in HPL comes from this feeling: not the terrible creeping creatures he described but what those creatures really meant to him. Often I get more exited by how one of his stories was conceived than by the story itself. And I appreciate his efforts in trying to describe what cannot be described.”

Can you me some technical details - budget, schedule etc. - for The Darkness Beyond?
“I started shooting The Darkness Beyond during summer 1998, with a ridiculous budget, about $2,500. The actors worked for a very small wage and I called a friend of mine, Massimo Storari, to take care of special effects and make-up. We worked nine days from 7pm to 6am inside an abandoned farm. We wanted to make a horror short which could bring attention to our work and enable us to find enough money to shoot a real film. Darkness Beyond was shot on digital; the camera I used was really good and the lighting was designed to make everything very alien and disturbing, in the style of Mario Bava. Massimo Storari proved himself to be an excellent special effects artist, and the actors were good and competent. The result was an amazing and really scary 30-minute short.

”Then everything went to sleep. It took us two years to find someone interested in our work. I showed some scenes of the short to Prescription Films (who were then a Los Angeles-based distributor), pretending they were part of a feature-length movie. They really liked it and told me they would distribute it. So I hurriedly wrote some more scenes to turn it into a full movie and shot for ten more days, with some new actors I had just recruited. The $7,500 budget had to be enough for editing and soundtrack too. I had the film ready just in time for the Cannes Market, and that's how our international adventure began.”

What are the problems of making and distributing an independent horror film in Italy today?
“It's like tilting at windmills! Horror doesn't sell much here... well, Italian horror doesn't, actually. This situation has caused our ‘horror directors’ to turn to other genres. And Italian distributors don't trust Italian horror. They want to be safe, I mean completely safe. They want stars in the cast and idiot-proof stories, so there's very little to understand. The audience has become accustomed to this logic and this is how things work now. If I had a star in my films (Asia Argento, for example), I wouldn't have had problems at all finding distribution. We don't give up, though. We're knocking on every door, and sooner or later someone will open up and listen to us.”

Your film has very few special effects, but is very scary. Is atmosphere more important to a horror film than lots of blood?
“Absolutely! You can make the scariest movie without a single drop of blood, and at the opposite side you can't scare anyone with splatter effects only. I believe special effects and atmosphere must co-exist in horror movies, but priority goes to atmosphere! It’s better to be evocative than visual. What our mind can conceive by itself is always much more terrible than what our eyes can see.”

How is Unknown Beyond different to The Darkness Beyond: for you, and for the audience?
“The Darkness Beyond was born from a short film with a dream-like structure, so it was hard turning it into a full length work. But in spite of that I'm very satisfied with it. It's pure atmosphere, it's very ‘Bava-esque’. If someone tells me they don't understand it, I reply that there's simply nothing to understand. It's a ‘vision’, and the vision is approaching pure cinema. And it's a really scary experience for the watcher, because fear hides itself behind things our consciousness can't completely grasp.

"Unknown Beyond is more like a parallel film than a real sequel. Something that can be understood by audiences who haven't seen the first chapter. Its structure is much more straightforward, and it's technically superior to the first one. Though the atmosphere is similar, the actual events rush on frantically. The first 45 minutes are very satisfying to me. The actors gave their best, the rhythm is good, the atmosphere is dark and disquieting. In the second half the film tends to return to the dream-like feeling of The Darkness Beyond. This makes it all a little mad, but as the film’s screenwriter Enrico Saletti always says: ‘Though this be madness, yet there is method in it.’

”The budget was quite small and with what we had we made real miracles. We shot nonstop for 30 days, 13 to 18 hours a day. It was a consuming experience but also a very satisfying one. We mostly shot at night, on very evocative locations, such as our city Ferrara's medieval walls and the dungeons of its beautiful castle. We had a lot of complex action scenes to shoot and time never was on our side. In the end we did it on time and on budget - not without giving something up, of course, but sometimes lack of resources helps you sharpen yours skills.”

Where have your films been shown/distributed?
“The Darkness Beyond has so far only been distributed in Japan although its sequel, Unknown Beyond, has been distributed in Italy, Japan, Thailand and the USA. LeoFilms will shortly release it in DVD in the USA. Both films were shown and appreciated at several international festivals, such as the Festival of Fantastic Films in Manchester, England in 2001, and the HP Lovecraft Film Festival in Salem, USA in 2000 and 2001.”

What other productions have you worked on?
“I was assistant to Pupi Avati for the film La Via Degli Angeli, and I still work for DueaFilm, editing TV shows produced by Avati himself for RaiSat2000, a satellite channel. Since my own movies still don't make me enough to live on, I set up a digital editing studio and I edit TV shows, fiction, shorts, independent movies and documentaries made by others. I use most of my earnings to produce my own films.” 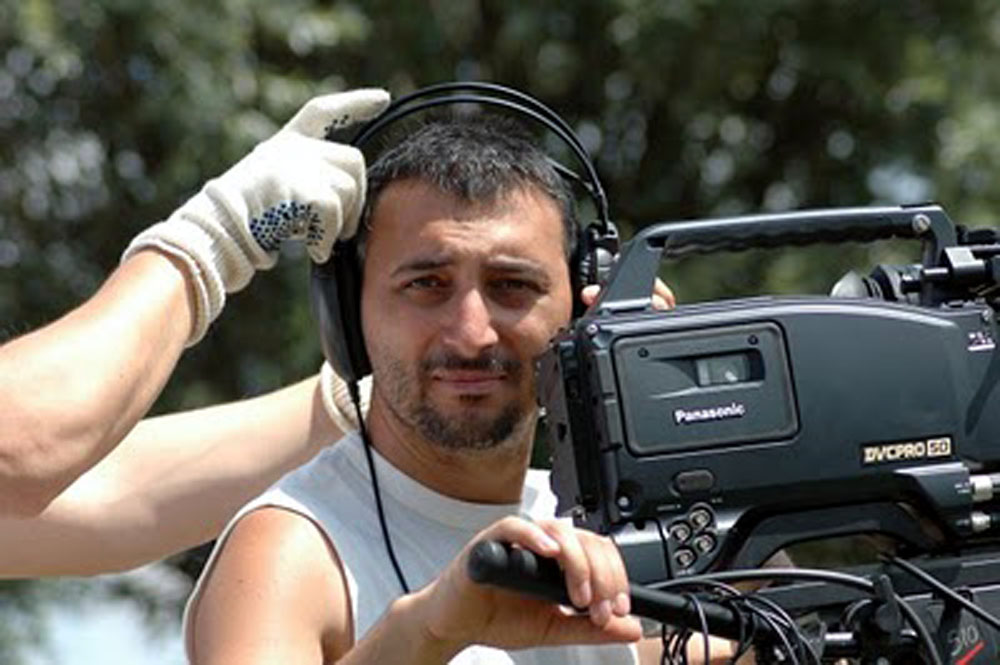 What are your plans for the third film in the trilogy?
“We're working on in. We've got a plot, we’re not short of ideas. Our problem is, as always, budget. Actually, LeoFilms seems to be interested in co-producing with us this third chapter of the Beyond saga, but we're all waiting to see how Unknown Beyond will go on the US market, before applying ourselves completely to the project.

”Right now our creative team, formed by Massimo Storari, writer Enrico Saletti and myself, is working on a new Lovecraft-ian project [The Shunned House], which has nothing to do with the Beyond trilogy. It's based on three stories by the Master, linked together and interconnected in a quite complex structure. The story, set in the same place at three different periods of time (just after WWI, just after WWII and nowadays), is getting quite scary and disturbing... The screenplay is almost ready and I hope to start shooting by next summer.”