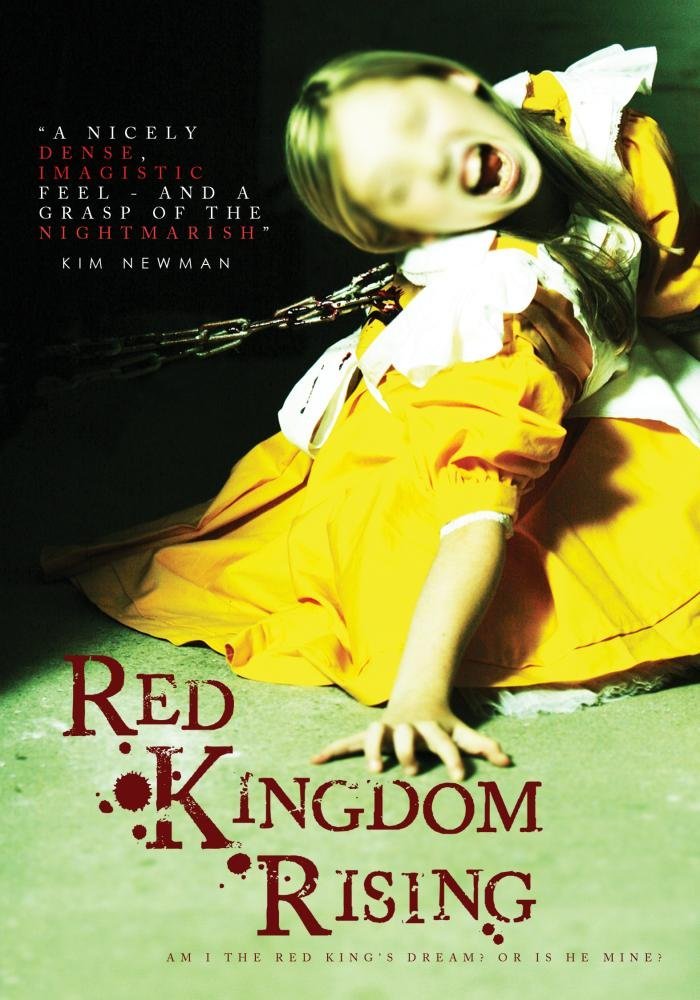 The two dominant strands of British horror cinema - gothic and social realism - collide in Navin Dev’s extraordinary, fascinating Red Kingdom Rising. Our protagonist is Mary Ann (Emily Stride: The Worst Witch), a young woman with a troubled past who has a work placement at a nursery school. It’s curious how many films start out at schools before launching into the main, largely unrelated plot, from horrors like Eden Lake to comedies like Meet the Parents. A teacher (or in this case, nursery assistant) is a solid, responsible position that will instantly mark out our main character as ‘good’ and someone whom we can trust. School-set openers relax the audience, reassuring us that all is well before things start escalating, whether in a horrific or crazy way.

In Red Kingdom Rising, Mary Ann returns to her childhood home for the first time since her father died. It’s an imposing Victorian villa, all dado rails and unexpected steps up and down, often tactfully shot from low angles that emphasise the high ceilings. But Mary Ann’s evangelical Christian mother (Silvana Maimone, who was in a 2008 alien abduction short) barely acknowledges her presence, pausing briefly in her prayers when her daughter knocks on the bedroom door before restarting without a word of greeting.

Her late father (David Caron) was a horologist, forever tinkering with clock mechanisms in his cellar workshop, and Mary Ann remembers the pair of them seeking sanctuary down there from her strident mother. Sometimes her father would read to her from the works of Lewis Carroll. This is a very Carrollian film. 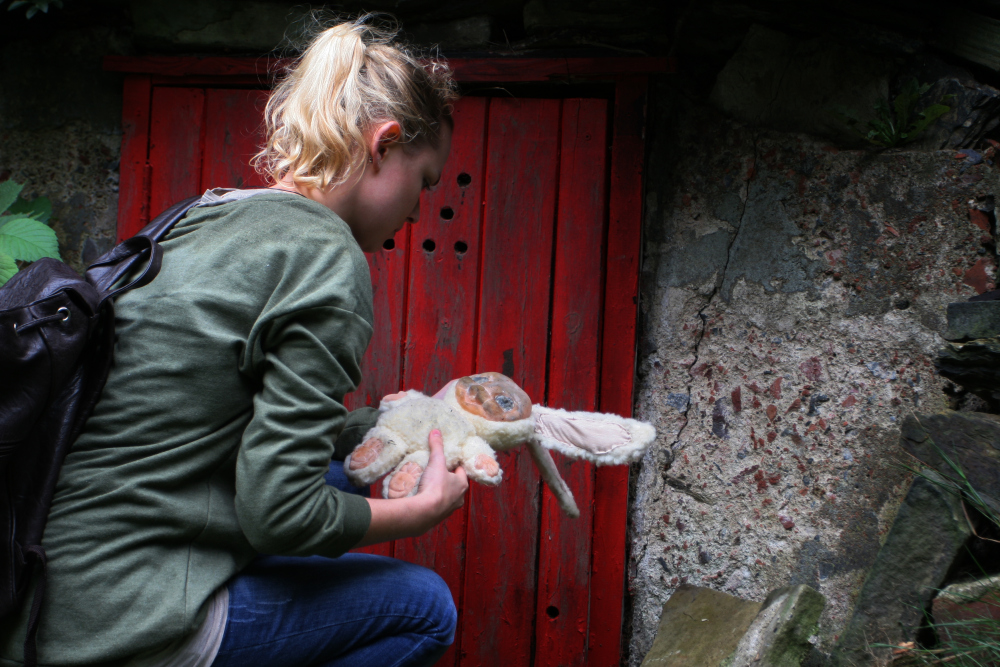 Writer-director-producer Navin Dev has previously made shorts which drew on, and explored the psychological aspects of, the stories of Little Red Riding Hood (Red Hood) and Pinocchio (Tree Man). Here his source text is the Alice novels. The Red King is an important character in Through the Looking Glass but often ignored by cinematic adaptations because he sleeps through the whole book (and, to be fair, there are a lot of characters to get into 90 minutes). But key to that book is the question asked repeatedly in Dev’s film: is the Red King dreaming Mary Ann/Alice, or is she dreaming him?

A slightly splash panel prologue is one of Mary Ann’s nightmares about being restrained by, then disembowelled by, an oleaginous, red-robed figure with claw-like hands - the Red King. Once ensconced back home, she has flashback memories of good times and bad in what she recalls as a matriarchal household. Somewhere along the line these blend into a dreamlike series of encounters with Alice herself (12-year-old Etalia Turnbull, who was in The Inbetweeners Movie!) - whom we may assume to be a younger version of Mary Ann - wearing a yellow pinafore dress and a Cheshire Cat mask. (Kudos to Dev for going with the original yellow dress rather than the now traditional, frankly clichéed, blue.)

Three objects are crucial to the story: the yellow dress itself, discovered buried in nearby woodland; her father’s original copy of Through the Looking Glass (with its Tenniel illustration of the sleeping Red King); and, most importantly, a small door. The back garden sweeps down sharply from the house and this half-size wooden door, small enough for a child but requiring an adult to crouch, is the sort of fairy-tale accessory that sometimes exists in real life. It leads into the cellar but has obvious connotations of Alice’s size-changing encounters with doors. Furthermore one can instantly see how magical this miniature doorway - betwixt the cluttered clockmaker’s workshop of the cellar and the vast, flower-bedecked playground of the garden - would appear to a child. In this film, the small door acts as a portal between reality and the dreamworld, or between different dreams (a melting clock pendulum clues Mary Ann in at one point to the fact that she is still dreaming, or at least in the dream world). 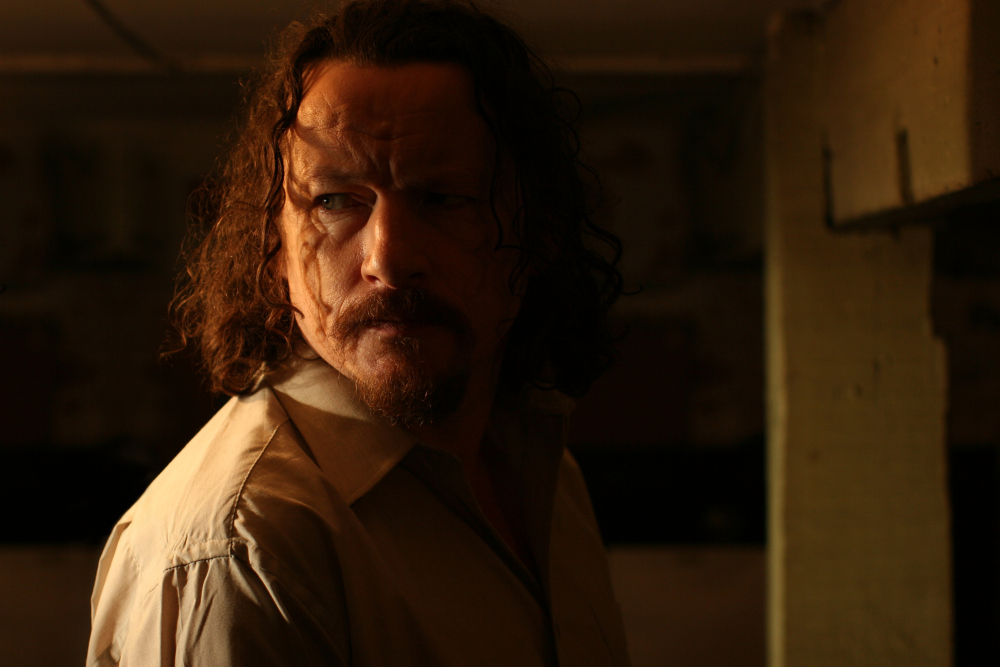 Any Carrollian film which explores the deeper, psychological aspects of the tales rather than just the enjoyable nonsense, will be unavoidably Freudian, and Red Kingdom Rising is no exception. The explanation of Mary Ann’s nightmares is pretty obvious from the start but Dev not only handles the revelation sensitively, he also wisely avoids saving it up for a climactic reveal. He surely knows that his audience will have worked out what is going on, at least at a basic level, well in advance of Mary Ann herself. So he saves this for about two-thirds of the way through the surprisingly short (73 minutes) feature, then elaborates on the situation as the heroine struggles to free herself from whosever’s dream she’s in, seeking a similar release for the younger Mary Ann, the id-Alice who has been her teasing guide into her subconscious.

Though the story itself is gothic, the opening is social realist (the subtext could be either, depending on how you approach it) and Mary Ann’s Ripley-esque vest and jeans identify her throughout as an intrusion of practical, bitter reality into the dreamworld. Wendy Battersbee has a crucial, but underused, role in the prologue as Esther, Mary Ann’s social worker and she recurs briefly as a phone voice shortly after Mary Ann arrives at the house. I would have liked more of that, to be honest (there’s certainly scope for more running time!) because the potential was there for Esther, a guiding voice on the phone in the real world, to balance the younger-self/Alice dream guide. But that’s the film I would have written, this is the one Navin Dev made.

And it’s a hugely impressive feature debut, a visual poem reminiscent of the masters of dreamlike cinema. It’s Gilliam-esque (in a scary way, not a comic one), it’s, well, I suppose the adjective would be del Toroid. (Yes, I like that. I’ll use that again.) Full credit to production designer Anna Mould (who was art director on a short called Job Interview with a Vampire!), to ever-reliable special effects make-up designer Mike Peel (Zombie Diaries, Three’s a Shroud, The Zombie King) and to DP Jamie Havill, who between them create an amazing, immersive visual experience. 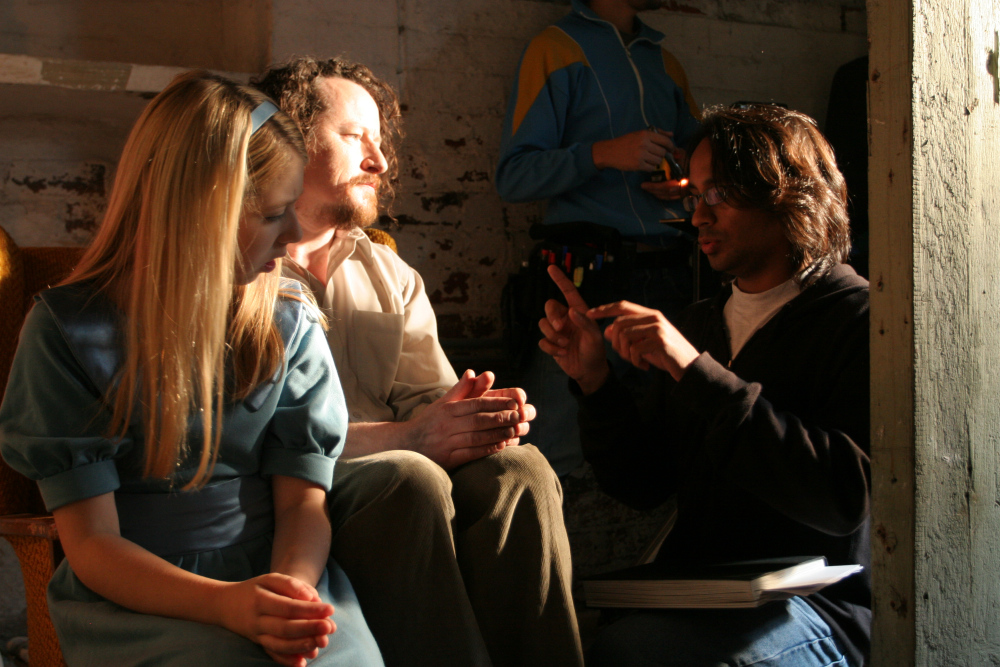 Any criticism must perforce be a quibble. A suggestion at one point that Mary Ann’s mother has twisted her Christianity into some form of Devil-worship is skipped over and unexplored. And, as mentioned, more could have been made of the social worker. That’s about all I can come up with.

Red Kingdom Rising is a fascinating film: narratively intriguing and visually amazing (pretty horrific in places too). This is the sort of movie that you come away from really glad that you’ve seen it because it has added something to your experience of the world.