The Cabinet of Dr Calamari 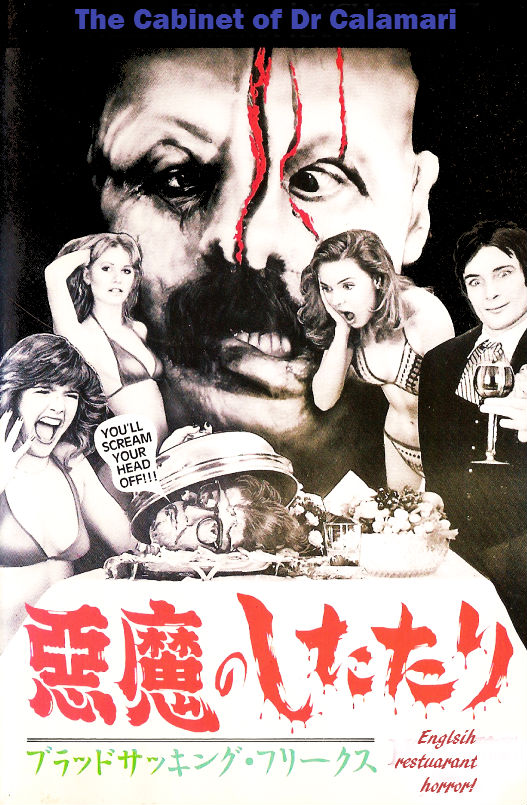 When I wrote about this film in my book Urban Terrors: New British Horror 1997-2008, I said that it had never been finished. Imagine my surprise then to discover that not only was the film completed but it actually had a VHS release in the Land of the Rising Sun. I suppose, given that it was Japan which finally unleashed Queen Kong on the world, nothing should be a surprise now.

Also unsurprising is that The Cabinet of Dr Calamari was only worth the wait if, like me, you're a modern British horror completist. This is a cheaply made, hastily thrown together anthology, cobbled together from a few shot-on-video shorts, each competing to be worse than the last. Newton Halifax's website (long defunct but traceable through archive.org) indicates that he fair cranked these things out in the late 1990s, flogging them on VHS through small ads in Samhain, The Dark Side etc. This was his attempt to craft an ersatz feature out of his work, stringing unconnected shorts together with a framing story set in a restaurant.

Alan Pither, who played a drug dealer in Cradle of Fear, here plays the eponymous restauranteur, regaling his few customers with tales of horror that are unlikely to encourage return visits to his establishment. In the first of these, 'Spin Cycle' (video generated titles introduce each short but the original credits have been snipped) a woman faces off against a demonically possessed washing machine. Soosan Thomson is the woman - she presumably spelled her name that way to disguise her real identity (she could be the Susan Thomson who was in a couple of episodes of Brookside but I somehow doubt it). The voice of the washing machine isn't credited; Halifax implied on his site that it was a well-known pop star but if it is, they've done a good job of keeping their shameful secret, well, secret.

'The Curse of the Vampire's Curse' is the second story, and it's typical of Newton Halifax that one really can't be certain whether the title is meant to be funny or not. Three likely lads meet a vampire in a pub in this one, and there's a passable non-reflection effect which is probably the closest that Halifax ever came to competent. The vampire is played by Benedict Jolly (Unachievable, Virtual Terror) and one of the others is Peter Dembery, who was in an episode of Blake's 7.

The third and longest story is 'Deadly Blue Balloon', an absolutely unfathomable attempt at sci-fi about a malevolent alien represented - I kid you not - by a blue balloon with some paper fangs stuck on. This just drags and drags and drags as assorted people encounter the balloon/alien, scream and fall down dead, liberally swathed in ketchup (the balloon itself seems never to get touched by a drop of the stuff, despite the implication that it is ripping people's throats out). Andy Lewisham, later director of Zero Degrees Below, crops up as either a policeman or a traffic warden (honestly, it's hard to tell) and the other victims include Lucy Spillbrass (Sword-Death), Zack Felton (Dead Man's Shoes) and Billy Hershey, a veteran midget actor who seems to have done nothing of note between this and The Flesh and Blood Show! 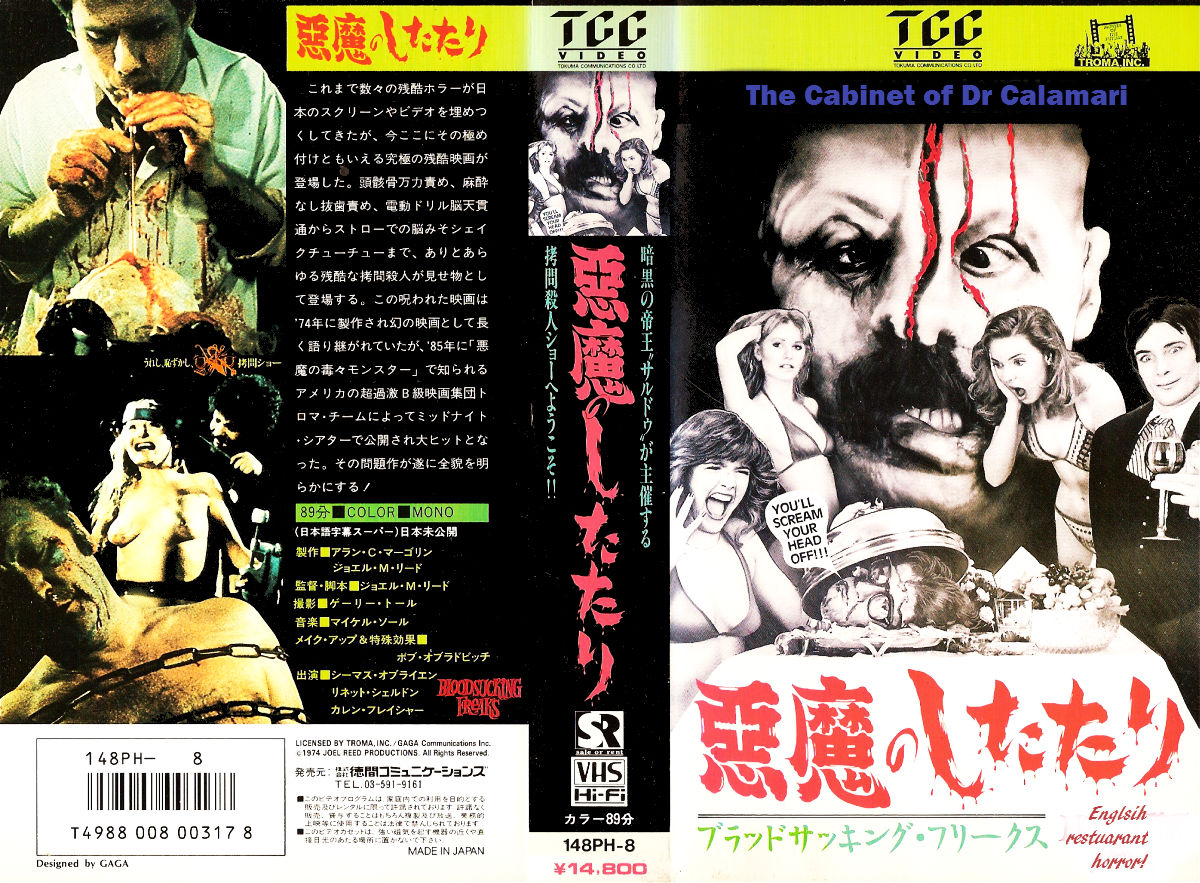 Barely feature-length, The Cabinet of Dr Calamari finishes with Dr Calamari (Is he a restauranteur or a doctor? Make up your mind...) going into his kitchen where, for some reason, he finds the alien/balloon, the washing machine and the vampire (played by a different actor).

Well, I'm glad I've seen it and can tick it off the list. But good heavens, this is really indicative of how desperate the turn-of-the-millennium Japanese market was for product. Allegedly there was a single UK screening at the Grand Cinema, Skegness, although I doubt if anyone turned up who wasn't actually in the film, and even most of them probably gave it a wide berth. Somebody would have to be a Fool, an Absolute Fool, to want to watch something like this.