I met Tom Wu on the set of Mutant Chronicles in June 2006. We just had a short chat so I didn’t ask him about his role in Intergalactic Combat... 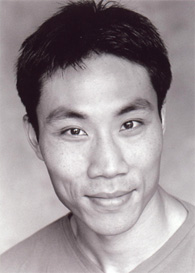 Tell me about your character.
"My character is called Juba and he’s from the Machina army. He’s been selected to do this mission, to go and die for the world. He’s a trained killer, he’s a soldier and all he does in this life is kill, he’s trained to kill. He enjoys it, he enjoys how he kills and he likes to perfect his techniques all the time. The perfect way to kill."

Is there a lot of action involved?
"Yes, I will be having a big fight scene with the mutants at the end before I die in a grand kind of way. So there’s a big fight for me and it will be fun to do. Interesting how it will be choreographed because the mutant has himself sort of long, bone arms. In the scene we do he’ll be swinging these at me but it’s such a small space so we’ll just have to work that one out. And also how I’m going to fight with this big gun I have. My background is martial arts so I’ll try to use some of my stuff in close combat. I’ve done Wing Chun before, which is a style where you fight very close so it’s very useful and maybe I can show off that."

Were you a martial artist before you became an actor?
"I competed for Britain a long, long time ago. In 1988 I went to China and competed and won a few medals, using the style Wu-Shu which is what they use a lot nowadays in The Matrix and Crouching Tiger. It’s quite pretty but it’s not really for fighting, it’s more like a gymnastic routine. It looks nice and it’s good for film."

How did you get from that into acting?
"Through a martial arts instructor: ‘You want to do some acting work?’ ‘Sure.’ From there I got into it, I went to drama school for three years, Guildhall Music and Drama."

What other films have you been in?
"Let’s see. I’ve done Revolver with Guy Ritchie which was okay. Belly of the Beast with Steven Seagal - so a lot of action movies. I worked with Jackie Chan in Shanghai Knights. Bits and pieces in Tomb Raider and Batman but nothing too big in those films."

How does all the green-screen and stuff not being there affect you as an actor?
"It’s difficult. As an actor we really do have to ask the director: what’s in front of us? What’s behind us? We have to keep remembering what’s around us and know how loud we need to speak, for example, so it makes sense. We really need to focus and remember what’s around us." 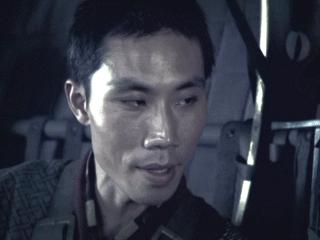 How is Simon Hunter as a director?
"Great. He’s very quick. He likes to get on with things which is very good. Straight down the line, just get on with it and make sure we know where we’re at with the green-screen and everything."

What’s next for you?
"Actually I’m not doing a film. My next project is Tintin. It’s a Christmas show which I’ve done at the Barbican last year. It’s going to the West End and then an international tour and that will take me about seven months.”
Posted by MJ Simpson at 21:10