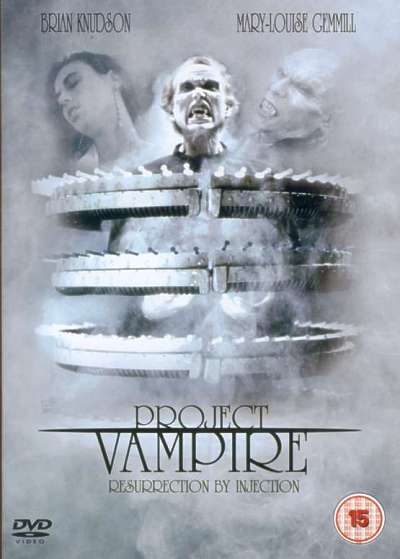 When you come to a movie with no expectations whatsoever, you can sometimes be in for a pleasant surprise. I picked up Project Vampire on a double-bill disc with The Dreaded for a quid. I’ve never heard of it, I’ve never heard of anyone connected with it. It’s something to do with vampires. Let’s slip it into the machine and take a look.

About 20 minutes in, I started saying to myself, “You know, this actually isn’t bad.” By the half-hour point of this 92-minute film, I realised that I was actually enjoying it. I wasn’t over the Moon and I hadn’t discovered a forgotten classic, but this turns out to be a well-produced, nicely-directed, quite original, smart little horror flick.

Myron Natwick (Ice Pirates, The Dead Talk Back) plays Dr Frederick Klaus, ex-pat Austrian biochemistry professor who is secretly a vampire. He is assisted by Teutonic glamourpuss Heidi (Paula Randol-Smith: Deadly Illusions) and two henchmen: leather-jacketed skinhead Hopper (Kelvin Tsao: LA Task Force) and snappy-dressing, eye-patch-wearing, limping weasel Louis (Ray Essler). He also has a bunch of lab-coat-wearing helpers working for him on ‘Project A’ which is nominally a longevity serum which he is working on as part of his university tenure. Louis is the only person involved who has not been vampirised through the injection of Klaus’ serum: he is allergic to it, although Hopper comments that he is “almost more like us than human.” 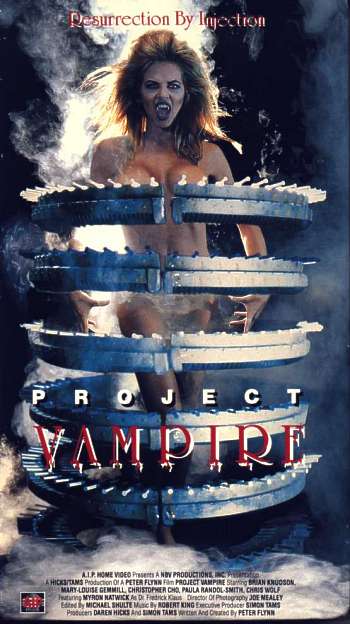 The film opens as three of the lab-coat-wearers escape with a syringe of the serum, though it’s not clear precisely what they plan to do with it. Eddie (Oliver Leymarie) is recaptured by Hopper and Louis while Tom (Chris Wolf: Amazon Women on the Moon, Test Tube Teens from the Year 2000) goes looking for blood in a nearby motel. Our hero is Victor (Brian Knudson) who escapes a beating from Hopper by jumping into the car of passing nurse Sandra Jensen (Mary Louise Gemmil).

Victor and Sandra together set out to defeat Klaus’ plans for world domination, which involve psychically empowering hundreds of syringes full of ‘longevity serum’ so that not only will the users, around the world, become vampires, they will also bend to his telepathic will. Or something. There is also an ‘antidote’ to the serum which allows the vampires to move around in daylight for a limited period.

Slightly confusing though this plan is, it does give us the movie’s stand-out scene as Klaus climbs inside the device shown on the UK DVD sleeve, which is referred to in the end credits as the ‘psychifuge’. Power crackles between Klaus and the hundreds of syringes arranged around him as he strains and suffers, his handsome human face contorting into a vampiric grimace. The psychifuge is a terrific piece of production design and though one may not normally leaving the theatre whistling the production design, nevertheless let’s give credit where credit is due. (The image of a naked young lady in the psychifuge, used on some other editions, is definitely not in the film.)

Victor and Sandra are respectively helped and hindered by two of her colleagues: Korean scientist Lee Fong (Christopher Cho) and medical lounge lizard Paul Holt (John-Scott Taylor). At one point, she is injected with the vampire serum by Louis, but a pre-internet computer tells Fong that all the vampires victims will recover if the head vampire is destroyed. 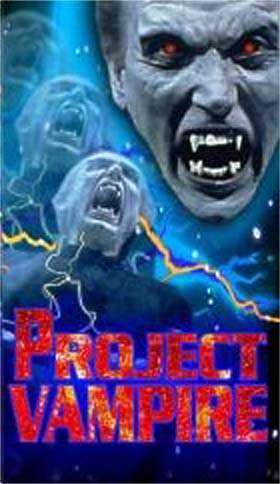 A fast-moving and quite exciting first half (including a car chase shot largely from inside the second vehicle, which is both different and effective) gives way to a more formulaic second half, much of it set inside Klaus’ headquarters which is a much less successful piece of production design, not least because the ‘very heavy’ doors have a tendency to wobble. The finale, while somewhat clichéed and slightly anticlimactic, nevertheless is a terrific sequence, incorporating an impressive fire stunt and clever cutting to a life-size dummy.

Considering the promise shown by this film, it’s a surprise to find that it is the only feature from Peter Flynn, whose other credits include art director on Time Trackers and construction foreman on Tremors. The plot, which superficially resembles that of The Satanic Rites of Dracula, is a tad wobbly to say the least but Flynn works his camera well and elicits excellent performances from his cast, many of whom had little or no feature experience in 1992.

Producer Daren Hicks works mostly as a production co-ordinator, in which capacity he can count Addams Family Values, Deep Impact, Starship Troopers and Showgirls among his credits. His colleague Simon Tams constructed props for films such as AI, Batman and Robin and Lara Croft: Tomb Raider. Recently, the two have produced two unofficial live-action Batman shorts: World’s Finest and Batman: Dead End. Cinematographer Joe Mealey also has a connection with the Caped Crusader: he worked on a Making Of documentary for the Special Edition DVD of Batman Returns. 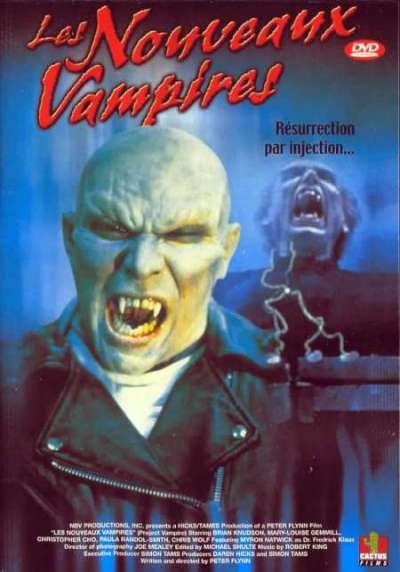 Alongside Hicks, Tams and Flynn, the major creative force behind this movie seems to have been effects man John Criswell who worked on a whole bunch of Charles Band movies in the 1980s including Creepozoids, Catacombs and Cellar Dweller. His more recent credits include projects as diverse as Ed Gein and Little Bigfoot 2. Project Vampire was shot at his studio in LA.

Though far from perfect, this movie nevertheless kept me interested and entertained for a good hour and a half, and for 50p you can’t ask much more than that. In the USA, this is currently available for ten bucks as part of a Brentwood four-pack entitled Blood Thirst which also includes Beyond Evil, Back from Hell and The Passing.