Simon Phillips is one of the busiest men in the British independent film sector, whose various credits as actor and/or producer include Jack Says, UFO, Idol of Evil, Cut, Airborne, The Last Seven, Strippers vs Werewolves, Kill Keith and The Reverend. This interview was conducted by email in May 2013. 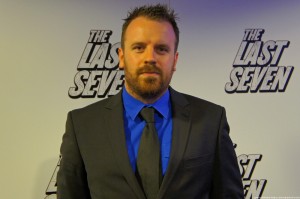 How did you get into acting, in particular acting in low-budget/independent films?
"I got into acting after attending drama school in London. I was doing a Shakespeare play on tour and someone came to me with the idea of making a feature film adaptation of the play I was currently in, which is the smoothest transition from theatre to film you'll ever hear about!"

One of your first roles, and one of my favourites, is 'Jesus' in Al Ronald's Jesus vs the Messiah - how does a relatively inexperienced actor approach a character who may be the Son of God, in what is effectively a western?
"When approaching a character in any film you just have to make decisions on what they, your character, is like - things like what they eat for breakfast, what music they listen too, how they wear their clothes, how they walk - all these things form the basis of all characters - so when reading lines, everything should look and feel a little deeper. Playing Jesus was easy for Alan, I just pretended he was someone very normal, who was absolutely convinced he was Jesus."

On the films where you have also been a producer (often one of several), what does that role usually entail?
"Different films require different levels of my involvement as producer, sometimes for finance, sometimes they need talent connections, or sometimes they need an experienced eye on a project to ensure it delivers to a commercially sound distribution deal. Each film is very different, and I get involved in them all because I love the process of making films." 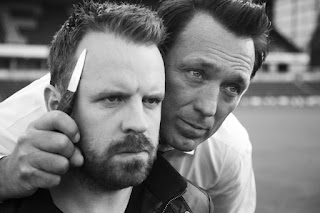 In just seven years or so you've acted in more than 30 films and produced about 17 or so: what is the reason for this extraordinary work-rate and isn't there a danger that you might burn yourself out?
"I am one of those people that just believes in getting on with working. I've made a lot of films in a short space of time, and learned a great deal on the way. I've learned that some people just talk about making films, spend their whole lives on Facebook talking about it, or knocking up some terrible concept artwork for it, rather then just actually getting out there and doing it. Experience is the only thing that really matters in film, and I have a great deal of that for a relatively short career length - and all I can do now is try to apply what I have learned going forward on new projects."

Your latest film, White Collar Hooligan 2, is one of many recent features about soccer thugs. What do you think is the appeal of this peculiarly British subgenre?
"White Collar Hooligan 2 is a great example of a film that's made with a great bunch of people, on a low budget - but punching well above their weight. We had a simple idea with the first film, and a clear target demographic to aim for, we executed that vision pretty well and the results meant that the distributors wanted a sequel. It doesn't always go as well as that - but then you never do know when making films. The whole Brit hooligan genre was very popular last year, and we really did ride the crest of that wave (making four films with the word 'Hooligan' in the title in 2012!). I think 2013/14 will be more SAS-related in terms of sales in the British Home Entertainment market, based partly on the success of The Raid." 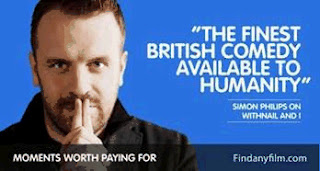 How do you think the British independent film sector has developed in the time that you've been working in it, and where do you see it going in the future?

"I see that everything is pushing towards online/streaming in terms of entertainment - like the music business did a few years ago - and now the Netflix, Lovefilm, Amazon technology is being supported by the hardware and broadband speed improvements of the last 18 months in the UK. It's an exciting time for the industry in general, the advancements in technology make both film production and film sales easier - so now, more then ever, there's really space for talented people to push through."
Posted by MJ Simpson at 20:07