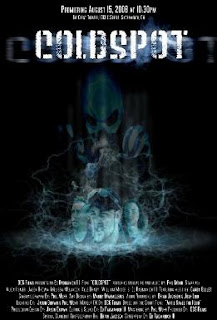 A couple of years ago, when I reviewed Ed Radmanich’s very funny 35-minute short Artie Saves the Hood, I commented that there might possibly be enough scope in the story and characters for a feature. With Coldspot (which is 'based off' the earlier film) Ed has produced a feature-length remake/sequel and while I still believe that there’s a great feature to be made about Artie and Mason, I’m not convinced that this is it.

Coldspot doesn’t assume any previous knowledge of the characters - in fact there is a flashback to clips from ASTH quite late in the film - but maybe it should. Because this 110-minute film is more than halfway through before the audience is given a clue what is going on. There is some sort of slimy-skull-headed alien wandering around suburbia, killing people. That is, his head is a sort of slimy skull, the alien as a whole isn’t slimy. Somehow all these brutal, violent murders go undetected and no-one ever calls the cops. But that’s just part of the plot.

Artie and Mason being the laissez-faire dudes that they are, our main protagonist is Sam (ballet dancer turned actress Alida Humer), whose friend’s boyfriend (William 'Chip' McKee) installs a new wi-fi server for her which is actually stealing broadband from next door. As a result of this, she picks up a strange voice on her laptop which turns out to be her mysterious neighbour Artie Guy (Ed himself) who is stuck in some sort of desolate other dimension where he wanders around and occasionally tangles with the zombie Nazi clonebots from the first film (who don’t make any inroads into our reality this time). Far too much of the film is Artie giving instructions to Sam to find things and switch things on and suchlike which eventually brings him back from wherever he was. 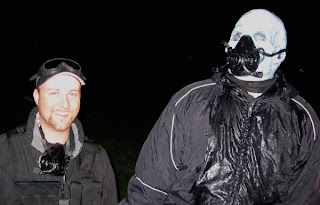 Sam has her own problems, not least a blind date who refuses to take ‘no, absolutely not, never’ for an answer and actually breaks into her house to kidnap her. Meanwhile Mason (Jason Brown), who we saw jumping trancelike from a bridge at the start of the movie, has found a note and a hotel key in his pocket and is waiting patiently to find out who he is. And Mason’s brother (Kyle Brady), who is dating Sam’s room-mate Amy (Melissa Melancon), is driving around looking for... something.

The essential problem with Coldspot is that all this preamble goes on far, far too long. As a general rule of thumb, by one third of the way into the movie, we should have been introduced to all our characters, we should understand the setting and the characters’ relationships, all our characters should be aware of each other and, crucially, both the audience and the characters should have identified the threat, quest, McGuffin or whatever it is that will give the movie its narrative purpose. This is the end of the first act and in a film this length we should get here about 30 to 35 minutes in.

In fact we’re about an hour into the film before we reach a point which could reasonably be described as an act transition. This leaves only 40 minutes or so for the second act and then a frankly perfunctory final act when the bad guy is defeated in a way which I couldn’t follow entirely but which looked rather arbitrary and easy. The script is simply unbalanced and that can’t help but make for an unbalanced movie. In fact, what we’ve effectively got here is a film not much longer than Artie Saves the Hood which has a prologue that is longer than the film itself. 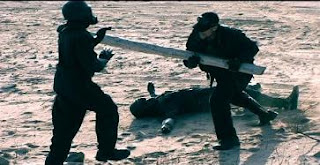 Which is a shame because otherwise there is much to enjoy in Coldspot. While not nearly as knockabout as its predecessor (and clearly not so cut-price), there is still a streak of dry humour running through the often deadpan performances of the cast. Radmanich’s direction is confident and the special effects, bearing in mind the budget, are excellent. Apart from anything else, it’s just so nice to see someone doing something different rather than yet another psycho or zombie film.

Now, I must mention the credits because, firstly, Coldspot has one of the best opening title sequences that I have seen for a long time: great song, great graphics, great images. And secondly, because I feel the need to create a league table of who gets mentioned the most: 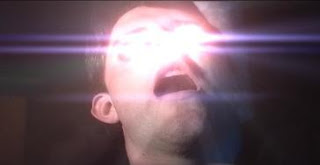 I’ll tell you what: the end credits of Coldspot would make a fabulous drinking game.

Don’t get me wrong - I enjoyed Coldspot and it was a real pleasure to spend more time with Artie and Mason, even if they are actually apart for much of the film. This is well-directed, well-produced, nicely photographed with good sound and flawless special effects, both physical and digital. But I still have a hankering for a proper, full-length Artie and Mason movie. Some sort of Artie and Mason’s Bogus Journey or Dude, Where’s My Clonebot? In the meantime, Coldspot is good, solid, sci-fi fun and well worth your time.