I interviewed Wolfgang Büld by e-mail in September 2003, after Penetration Angst had been released. At the time, he was just about to start shooting Lovesick: Sick Love. 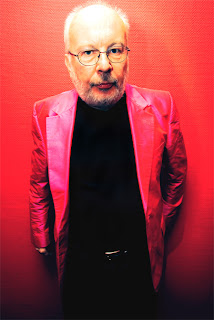 Where did the idea for Penetration Angst come from?
“In October 2001 I went to London to discuss the release of Punk in London with Nigel Wingrove of Salvation Films and showed him my last production Drop Out (which he also picked up and released April 2003). He told me that there was a possibility to produce exploitation movies really cheaply in the UK for the DVD market (his examples: Sacred Flesh, Cradle of Fear). It was essential that the film was to be filmed in English. I was surprised because I left the UK in the ’80s because of the censorship and the costs of production.

“I went home to my very tiny hotel room and spent a sleepless night thinking about this opportunity. I remembered three old ideas: the man-eating vagina, the Siamese twins (an idea for my first film school film that never happened) and some bank robbers getting stuck in a nudist camp. I realised that each of these ideas were not long enough for a feature film, but they had something in common: they were all dealing with the fears of sex.

“The next morning the structure was ready and the title Penetration Angst too; it took me four days to write the exposé, that Salvation accepted immediately. We agreed on a co-production and I started with the screenplay. After four drafts we all were happy. (Before I started there had been different opinions about British and German humour. There isn’t any; if Germans want to laugh, they start a war!)”

How close is the finished film to what you were aiming for?
“Extremely close. If I could do the film again, I would not change one shot or line, only a few locations. A few more extras would be good too and some actors for the minor parts are not that brilliant.” 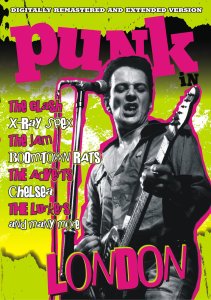 Why is the film a British-German co-production? What do the two side of the deal bring to the film?
“I was always more influenced by British culture than German, so Penetration Angst for me is a British film. (I did my best films in the UK, in Germany I only worked for the money). The money came from Germany (my own), so did the DOP (Uwe Bohrer of Nekromantik fame), the first AD, the costume designer and me. The UK provided the rest of the crew and all the talent. The shooting was organised by The Purple Orange Film Company after Salvation realised that they had not the time and manpower for a co-production.”

Where did you find your cast?
“Salvation put an advert in PCR and received 400 CVs. We invited 40 actors for auditions. After the first day I was really depressed and called my AD to tell him that I hadn’t seen one promising person. I intended to cancel the production but changed my mind completely the next day as Fiona Horsey entered the office. I knew immediately that she was Helen and that she was capable of carrying the whole movie. It turned out that I was more than right.

“Paul Conway wasn’t in London the same time I was so I only saw a tape of him and cast him as the sadist (with the long tongue). When I met him personally I released the intended actor for the part of Dennis and decided on Paul. It was difficult to persuade Jaye to play Pinky, but me and my co-producer Nick P Coe eventually succeeded. Nick asked everybody he knew for twins and got the information that Amy and Beth were working at Groucho’s in Soho.”

Because the film is released by Salvation, it looks like it’s a horror film, but there’s a lot more to it than that. Do you consider it to be a horror film, and if not, what is it?
“It is hard to categorise Penetration Angst. During shooting we called it a black comedy, dealing with the fears of sex. That’s not wrong, but not entirely right! Penetration Angst is a bit of everything I ever saw, had in mind and wanted to make: horror, sex, humour, passion, crime, bad taste.

“I prefer the term ‘intelligent exploitation’ but I think only film buffs know what I intend to say. I like so-called B-movies, but most of them are made badly: weak screenplays, bad actors, boring visuals. My intention was to produce high quality in this genre.”

Apart from the Salvation DVD, where else has the film been released or screened? What has the reaction been like?
“Salvation handles the world sales and they have made a few sales already; major territories are under negotiations. I have contacts with German independent cinemas and so the film was released in Hamburg, Berlin and Munich theatrically. Most of the screenings were sold out and the response was more than positive. Penetration Angst has been invited to the Valencia Film Festival in October for competition, other festivals will follow.”

In your opinion, what is inside Helen’s vagina that is doing this killing, or is it all in her mind?
“The idea in general is about a vagina that works the wrong way: instead of giving life, it absorbs life. I leave the interpretation - if it kills for real or only in Helen’s mind - to the audience.”

This is a quite extreme film in many ways. Was there anything that you wanted to include but couldn’t? Or did anything have to be cut to get the film past the BBFC?
“In my mind the film was originally more visually graphic (the vagina vomiting a sausage after consummation, for example) but I decided to handle this controversial subject in a more subtle way. I am now glad about this decision. The BBFC didn’t ask for cuts.”

Why did you choose to shoot on the Isle of Wight?
“In the ’80s I spent a short holiday on the IOW (the first and last of my life). Nick knows the island quite well because he studied in Portsmouth. I first intended to shoot only the end of the film on the IOW, but found out it would be cheaper and easier to film everything there except the scenes that had to be London.”

Unfortunately a fault with my disc means that I cannot access the documentary, but a friend tells me that BBC motoring correspondent Jeremy Clarkson and former Grand Prix World Champion Damon Hill appeared while you were shooting. What happened there?
“Jeremy Clarkson and Damon Hill were filming a motor test with an Aston Martin and a Ferrari for Top Gear at the same coastal road we were filming. They stopped at the car park where we were working and signed autographs for the police who were helping us.”

I understand that you have been making films since the 1970s and that Hamburg has honoured you with a retrospective. How does Penetration Angst fit into your overall body of work?
“I studied at the Munich film school in the ’70s. Other students went to the Munich NFT to watch films of Bergman and Fassbinder. I went to the sleazy cinemas around the central station and loved sexploitation – having been pissed off by the cruel dictatorship of the so-called ‘Neuer Deutsche Film’ (arty-farty, boring crap, financed by the government and TV - I hated it and still do!).

“I moved to London in 1977 to make documentaries about punk rock. But it was not possible to raise money for the feature films I had in mind. In the ’80s I returned to Germany and made mainstream comedies to gain a reputation as a money making director. I was commercially very successful but failed to persuade the producers to invest money in anything else apart from the comedies they expected from me.

“My work can be divided into: well respected documentaries; domestic silly blockbusters in Germany; and now Penetration Angst and the films that will follow. Penetration Angst is the film I always wanted to make - it took me 25 years and a lot of crap films and TV to get there!” 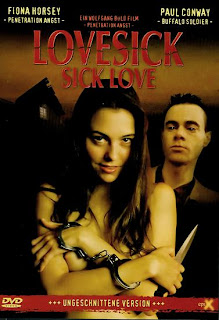 What can you tell me about your next film Lovesick: Sick Love? Will it appeal to the same people who enjoyed Penetration Angst?
“Lovesick again deals with sexual fears, but now in a more realistic way. It is another romantic comedy of the sick kind. I am working again with Fiona Horsey (Julia) and Paul Conway (O’Ryan) and a lot of the same crew.

“O’Ryan is the manager of a hotel in Kent, his life is dominated by his mother. Julia works there as a chambermaid, trying to make ends meet while paying for her boyfriend’s (Istvan) nasty coke habit. Istvan is a Slavic Metal musician/waster, happily attaching himself to Julia.