Back in July 2000, when I was in charge of the old SFX website, I scooped what was (I think) the first ever interview about Blade 2 when I contacted conceptual designer Tim Bradstreet. At that time, all that was known about the movie was that Guillermo del Toro was directing from a script by David S Goyer. Here’s what Tim had to say: 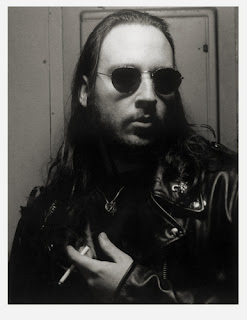 “I received a call from Guillermo back in late March. He told me that he had just signed on to direct Blade 2 and he wanted me to be one of four conceptualists to work on the new film with him, the others being Richard Corben, Wayne Barlowe and Mike Mignola. He was leaving to go to Spain to direct a horror film in the next few days and told me that New Line would be contacting me shortly. I asked if this was a for sure thing, to which he replied a definite yes.”

“So all I know for sure is that Guillermo is directing and at some point I'll get a call. However, I can tell you that my responsibilities will involve designing the look for the vampires in the film.

“Also, I can give you a little background on my relationship with del Toro. We met in Atlanta several years back when he was doing promotion for Mimic and I was a guest at DragonCon the same weekend. He came over from his interviewing and signing at Planet Hollywood when he heard I was in town - very flattering. Being a huge fan of his film Cronos, I was rather blown away by his visit. We discovered that we were mutual admirers and we started a fast friendship. We're about the same age and we share a lot in common: favourite artists, movies, etc. We talk on the phone occasionally and I just visited him at his home in Austin last October. I was able to trade him a piece of artwork for one of the props from Cronos (one of the little insect egg things with the needle armature).

“Anyway, since then he's been trying to attach me to his projects. I thought the first project would be his remake of Monte Cristo, which we have talked about in much detail. Then this Blade thing popped up. And that's about where we are with it.”