Here’s something I’d almost forgotten about. Back in 1997 I visited the set of the feature film version of The Borrowers and among the interviewees I grabbed was Tim Bevan. As one of the partners in Working Title, Bevan has executive produced scores of hit movies including My Beautiful Launderette, Paperhouse, Four Weddings and a Funeral, The Big Lebowski, Bridget Jones’s Diary, My Little Eye, Nanny McPhee and Shaun of the Dead. His TV work includes the original small screen version of The Borrowers. 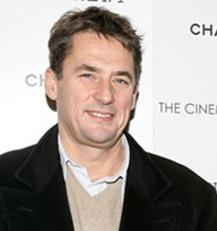 Can you give us a bit of background to this film?
“We did the TV series in '89, '90, when we got the right to the books. The TV series was very successful in the UK. Straight after that we decided we'd like to do it as a movie, and went through a lot of development. It wasn't really until we met Peter Hewitt about a year ago that it really got onto a fast track. The other reason was that it's a pretty expensive film to make. Working Title over the past couple of years has had quite a lot of success, which enabled us to raise the money and enabled Polygram to feel the confidence to go with a film like this.

“But when Peter Hewitt came on he had a vision, which is what a film like this really needs, as to how he wanted it to be. We all got very excited about that, and that found its way into the script, and then into the storyboards. Hopefully turning itself into a movie. He brought the concept that we should try to make it as an action-adventure film; the only difference is that it's little people who are the protagonists.

“And also, although it's slightly difficult to tell from seeing today's stuff on the oversize sets, he's brought a whole movie-world to it. He's created a visual world which only exists inside this film. Not only the little people, but also the big people as well. That's cinema, and that's very exciting.”

There's a whole legacy of 'little people' films back to Land of the Giants.
“Yes, we looked at all of that. The principle difference is that our little people have existed for as long as we have and they have a culture of their own. They live under the floorboards and they've been there all the time. Most little people movies are to do with somebody getting smaller and the dynamic of the movie is about them wanting to get bigger again. 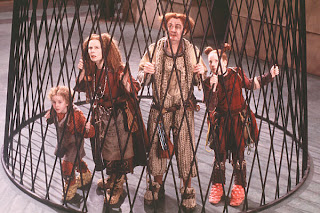 “I think the key effects challenge of this movie is to create the illusion that these little people exist, have always existed, and will always exist. We want, in each image where we see them, for the audience to just not question that. So something like this, on an oversize set, where half the shot's in blue-screen. Not this shot here, but the beginning of the sequence, half of it's blue-screen where we drop in the rest of the kitchen. So you see the little people round the edge of the set, in the real kitchen, and then on the oversize set, the kitchen shelf.”

Why did you go for a non-specific time-period?
“I think that we wanted to give it a slight nod to the origins of the book, which was set in Victorian times. And we wanted to create a world that felt comfy and felt slightly other-worldly. We wanted the audience, as they see the movie, to be pulled into our story. Specifically targeted at children to set that imagination going as much as possible. I think also what gave us confidence in that respect was seeing the success of Babe with the absolutely non-specific world that that film was set in.”

Did you say 'This can't be made for less than £30 million' or did Polygram offer you that?
“No, the way we work is that we try to be honest about what things are going to cost. In fact, at one point we were going to make this film in America, where it would have cost 50 or 60 million. If you look at Indian in the Cupboard, which did far less than we're doing in terms of the world and the images that were created, that was a film that cost 45 million three years ago. So our conscious decision was to make it all here and to make it a British picture, not only in terms of contents of the storyline, the feel as it were, but also in using effects houses here.

“All of the technical crew, and every single effect, every trick with imagery will be created by a British company or technician. And it will have been done a lot cheaper, we believe. And it's a challenge for all of them to make sure that the quality's up to whatever level you might see in a Hollywood picture.” 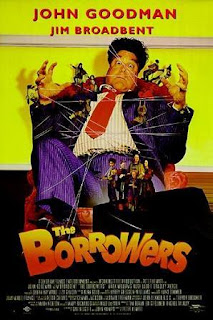 Presumably this has got to sell in America.
“From my point of view as a film-maker, 100%. This is a family film. We want to go out on 2,000 prints and blow the socks off whatever the competition is. Absolutely. We have that audience in mind. Peter's two previous films have been American pictures so he understands that audience. The casting of John Goodman, and the main real-size child is an American kid. So that market is very much in our minds in terms of the way the film is constructed.

Is there any problem in catering for the two audiences: those who haven't read the books and the purists who have?
“Yes, I think that is an interesting point. The guy who owned the underlying rights was very worried about this. That we were taking it, as it were, too far away from the books. But I think in terms of the script, tonally the charm of the original books is still there. And indeed the principal characters remain the same, the central family is the same. I don't think it matters at all whether somebody has read the books or not. Hopefully it's going to be self-promoting.”