David Noel Bourke is the director of two fine Danish thrillers, Last Exit and No Right Turn. He kindly answered some e-mailed questions in July 2009. 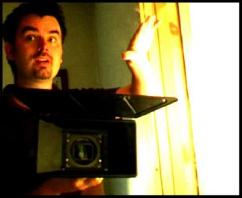 What is your background in film-making?
“I am basically a spec screenwriter turned film director/editor. I have done a lot work on commercials and short films and No Right Turn is my second feature film.”

What did you set out to achieve with Last Exit and how close do you think you got to that?
“Last Exit was a home movie experiment. I just wanted to see if you could shoot a movie with a two man crew with no money in seven days. I managed to do it, I think.”

What did you learn from Last Exit that you were able to apply to No Right Turn?
“You cannot do everything on your own without compromising on overall quality. To get superior results you have to get more professionals involved with a project. I'm talking about getting a cinematographer, production designer, sound designer, colour grader etc. as well as a more experienced cast of actors working with your script.” 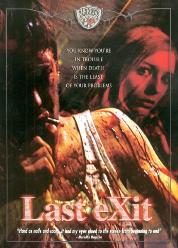 How was Last Exit received by audiences and critics, and how has No Right Turn been received so far?
“That Last Exit movie was a love it or hate it movie. Underground films are funny like that. No Right Turn is a much easier pill to swallow as a movie although still quite gritty material, but it has a better story, interesting characters, higher production values and the casting really works well. And I have learned a lot as a filmmaker in general since those very early days ... and so far the critics have been very positive!”

What is the significance of the angel motif in No Right Turn?
"Without explaining the idea away, basically it's symbolic for Good Vs Evil, that's inherent in the story. When the characters of Monella and Nina meet, it's a turning point and all the characters get redemption from that liaison ... you just have to sit tight until the very end to find out what!”

What is the current state of independent film-making in Denmark?
"There is indie filmmaking and there is the underground scene here. I'm probably somewhere in between - trying to crawl up - and at most times it's very frustrating. But you kind of live with it. The Danish Film Institute seems to really stifle creative filmmakers here. New young filmmakers are now just picking up a camera and shooting without support and with very little money because of all the bureaucracy and red tape. It's a shame filmmaking cannot be supported in a more open minded way.” 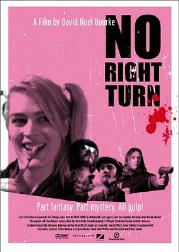 What are your plans for the future?
“I an excited about a new script, a really cool thriller, that can be shot on a relatively low budget - hope to shoot next year. I also have two or three other scripts but with bigger budgets including a sci-fi which is in the works for almost 20 years.”

Are all your films going to be named after road signs?
“No. Although my new script is tentatively titled Yield, but that will get a new name, I promise!”